Curly vs. Gunvolt. Shovel Knight vs. Isaac. If these match-ups don’t get you excited, you may have missed out on some of the most delightful indie games of the past decade. Fortunately Studio Saizensen’s all-star indie fighting game Blade Strangers is just as quirky and approachable as the games that spawned it.

Blade Strangers, launching this week on PlayStation 4, Switch and PC, brings together 12 characters from six different indie games (plus two original creations) in a battle for the fate of the inter-dimensional network that connects all worlds. Or these six worlds. It’s a flimsy excuse to get the teary-eyed protagonist of The Binding of Isaac facing off against one of the dudes from Code of Princess. You can’t argue with results. 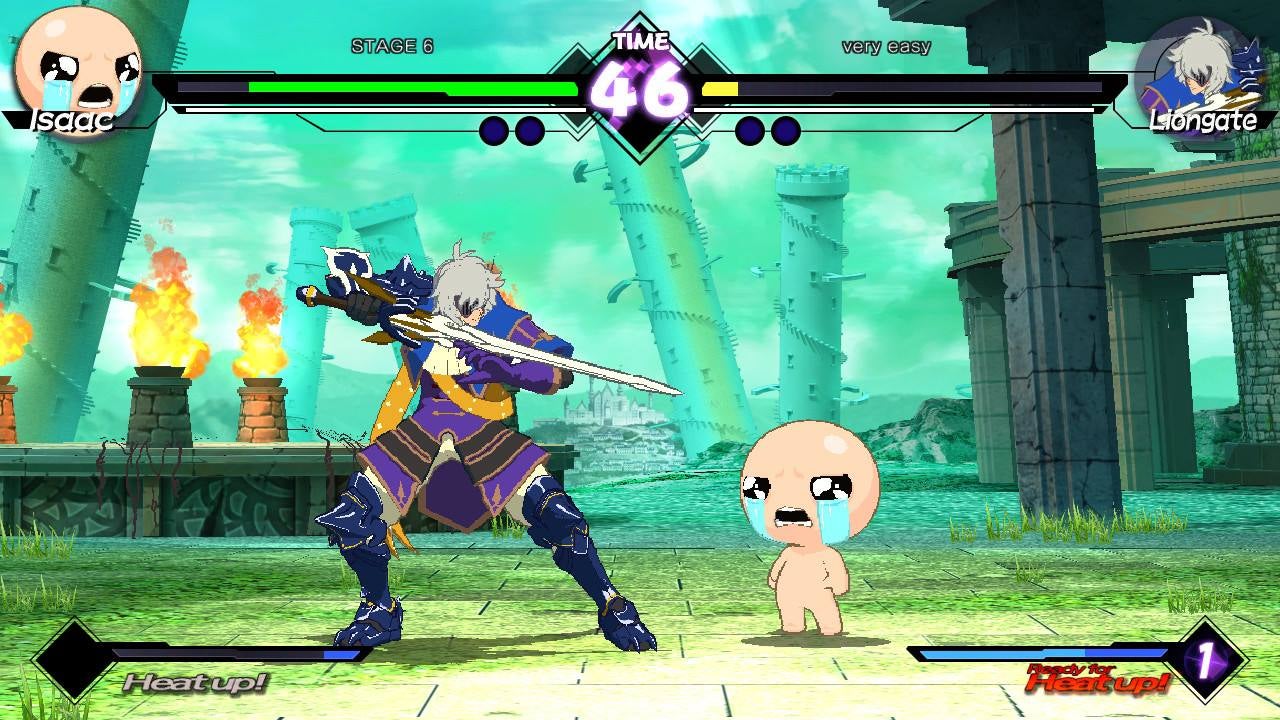 This is ridiculous and tonnes of fun.

Studio Saizensen, with the aid of publisher Nicalis, has assembled a motley crew of indie characters to fill out Blade Strangers’ roster. Some, like the four characters from hack-and-slash RPG Code of Princess (Solange, Master T, Ali and Lionsgate), easily transition into the new genre. Others, like Cave Story’s robotic heroes Curly and Quote or the cast of quirky Japanese platformer Umihara Kawase, need a bit more finessing. Add some extra punches and kicks, maybe a giant cat. 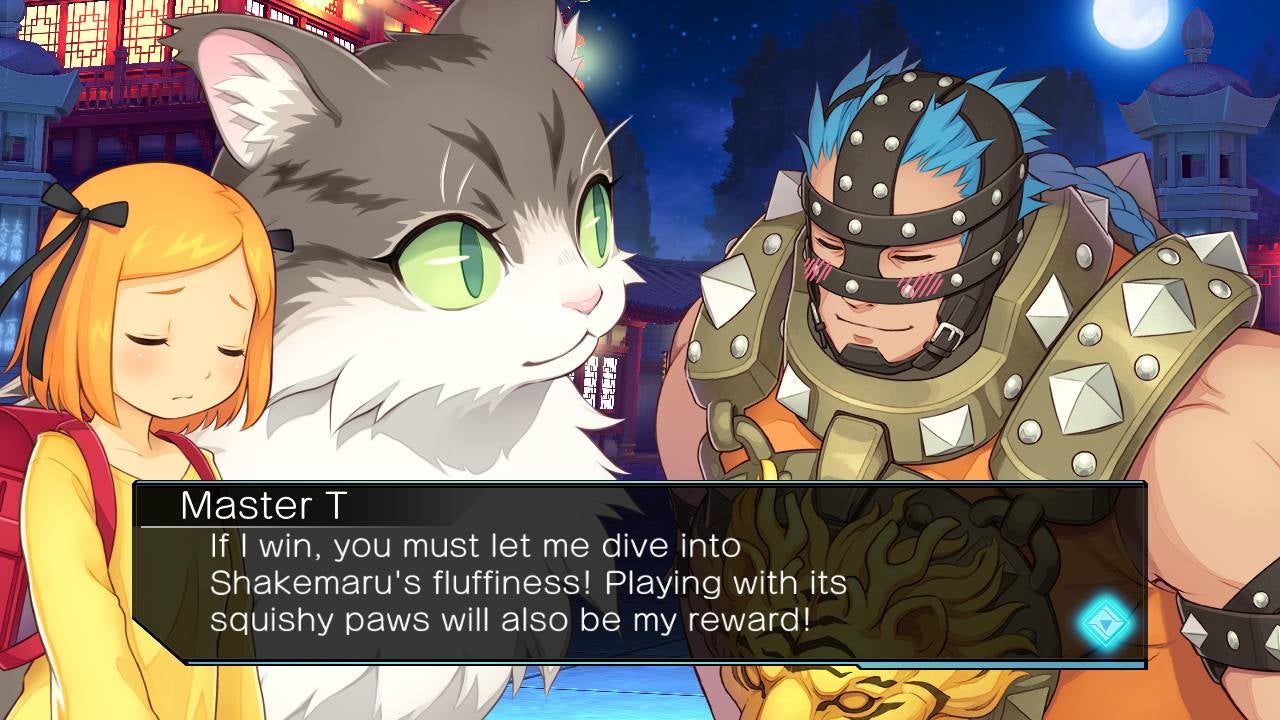 But that’s the joy of these indie characters. There’s no corporation looming over the developer’s shoulder, making sure the fighters are treated properly and don’t do anything out of character. Giant cat attack? Fine. Transforming into an angel? Run with that. A fish-crazy schoolgirl playing stabby-stabby with a robotic spelunker? Why not?

The strange, mixed-up roster of fighters comes together in one of the most accessible 2D fighters going. Simple controls with light, heavy, special and unique attack buttons are ready to be strung together into easy combos. Flashy special attacks fill the screen with powers and/or pixels, while advanced players can use their super meter to activate ‘Heat Up’ mode, making it tougher for opponents to catch them with combos.

It’s a game that should be easy to pick up and play for even the most novice fighters, with tutorials, special missions and a training mode to help them get up to speed before going online. 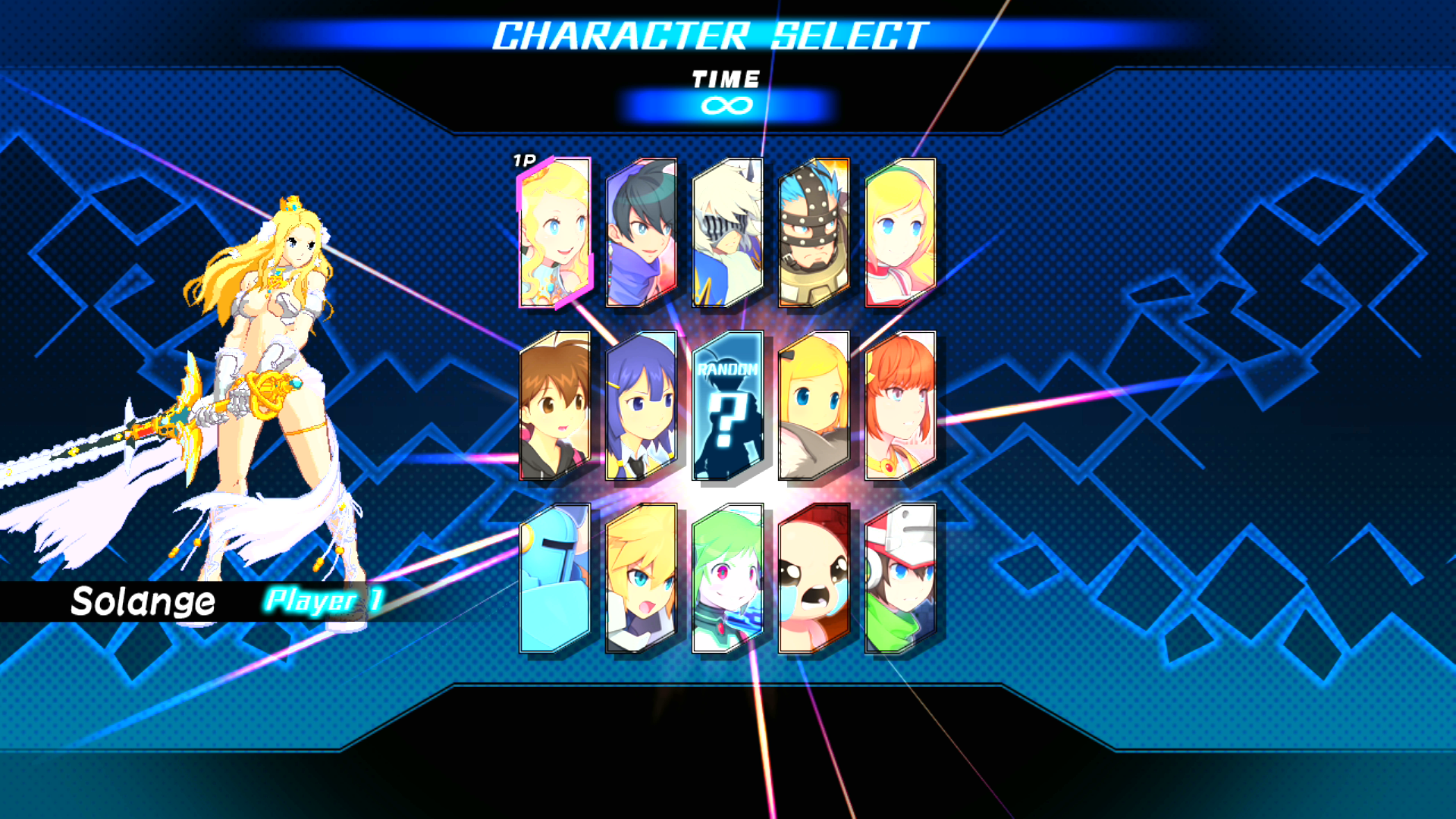 Blade Strangers is a tiny celebration of indie gaming, shining a spotlight on characters who don’t get much play outside of their own games. It gives heroes like the slightly-armoured Solange and the completely naked Isaac a chance to break out of whatever counts as their comfort zones. And, best of all, it makes Shovel Knight a fully playable character instead of an assist trophy, as he should be.