PUBG's Throwback Mode Is a Reminder of What Made It Great

PlayerUnknown’s Battlegrounds keeps on expanding, adding new guns and maps that change the game’s pace into something faster than before. The game now has new rules for armour loot drops and tweaks to the dreaded blue zone. PUBG’s latest event mode, ‘Early Access Memories,’ brings back many of the game’s rough edges. Playing it reminded me why I fell in love with the game in the first place.

Early Access Memories limits players to the game’s original map, Erangel, and brings back some older rules that slow the game down, if only a little. High class armor can be found in the world, loot drops sometimes have Tommy Guns and Kar98s, and newer vehicles don’t spawn. It’s a nice way to look back on how far the game’s gone.

As the battle royale market expands, PUBG has struggled to find its identity. Fortnite Battle Royale’s strange meta-stories and wacky weapons have cemented it as the genre’s top dog, while games like Realm Royale experiment with crafting and other mechanics that alter battle dynamics. I enjoy playing those games and embrace their colourful sense of play, but nothing’s ever quite grabbed me the way PUBG did. As the game has developed, it’s gotten faster and altered how gear is handled. Getting to play Early Access Memories helped me appreciate how dangerous PUBG felt when I first played it. It might not have the clearest identity besides being the first big battle royale, but it remains one of the most methodical and deliberate.

Early Access Memories’ rule tweaks aren’t as dramatic as the massive War mode or gear-heavy flare gun events, but even its small changes can have large effects on the battlefield. Having level three armour and helmets available in the wild again emphasises looting and exploration, which I appreciate. It also makes it even more crucial to scout out your enemies before attacking. This arrests the pace of the game ever so slightly; you watch your shots more and move more carefully if you see that your opponents have more defence. Limiting the matches to the original forest map of Erangel avoids the problems of Miramar’s empty spaces, and it limits engagements compared to the newer, smaller map of Sanhok. I enjoy how aggressive Sanhok can feel, but I fell in love with PUBG while lurking in Erangel’s bigger forests. 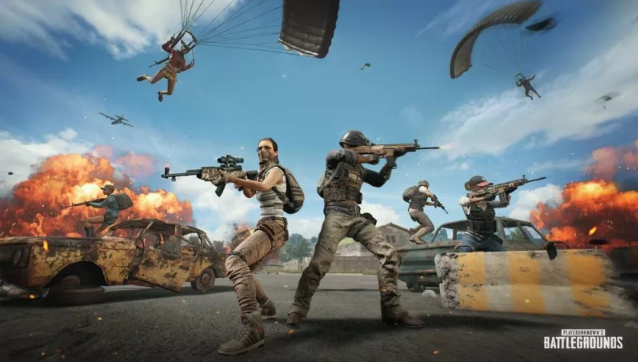 Events like the team deathmatch War mode are fun, but faster than normal play.

The core experience of PUBG incentives a sort of leapfrogging from position to position that is punctuated by ambushes. In the older days, those engagements happened across longer ranges. A plethora of high-grade scopes and straight-shooting weapons meant that you could get sniped by the most basic of rifles, from the greatest of ranges. Early Access Memories doesn’t go so far as to roll back weapon balance, and so it misses out on a greater opportunity to affect how the combat feels. Some of the edges are back—the blue zone’s damage doesn’t scale based on your distance from the playzone—but the developers hold back from the messy feeling that those early weapons had. I’d love to see a revamped version of the mode that changes ballistics and brings back earlier weapon dominances.

For me, PUBG’s initial charm was its chaos. The game’s stability has gone up and down since its early days, but it’s largely trended upwards and gotten more reliable and predictable. Early Access Memories isn’t the most exciting event, but it does invoke the feeling of old-school PUBG. It’s not as dramatic as having armour cars fall from the sky, but it embraces the honest and tactical gameplay that helped make the game great.