If you ever thought that Stardew Valley needed more corpses, Graveyard Keeper is the highly specific game for you. Managing a graveyard, performing autopsies, and keeping the Church happy is a humble and rewarding existence. It’s also hard work; after my first day playing Graveyard Keeper, I was legitimately exhausted.

My grandfather worked for years as a groundskeeper at local cemeteries in the county where I grew up. In spite of the family pedigree, I hate graveyards and I wasn’t quite sold on Graveyard Keeper’s premise. Graveyard Keeper bills itself as “the most inaccurate medieval cemetery management sim of all time.” It walks the line between a light Harvest Moon-esque romp and a laborious job simulator. Your job is to bury the dead, keep the graveyard ground looking good, and maybe sell some human meat to the innkeeper on the sly. The day to day business of tending graves is relaxing and sometimes silly, but it’s also needlessly complicated. 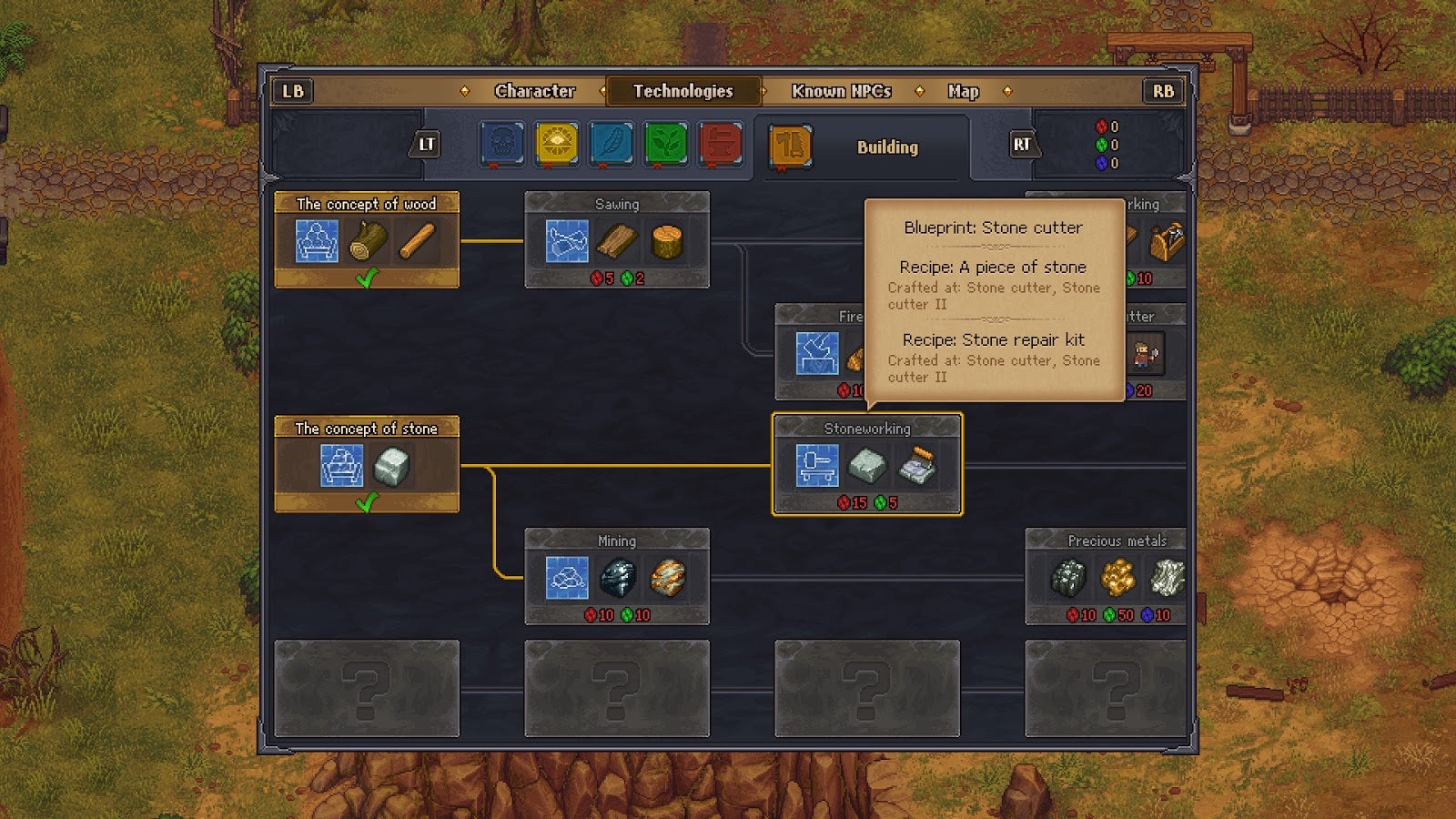 Say you want to engage in the questionable practice of selling chunks of human flesh to the local tavern. The first part is easy: just carve off a slice from any inbound corpse before you bury them. But to sell the meat, you need a royal stamp of approval. You can either work to please the authorities until you get one, or you can find Snake, the shifty cultist. He’s lurking in the catacombs under your cabin, but to reach him you’ll need to clear some rubble. That means learning how to craft iron parts and levelling up your sawing ability. So you spend a day or two chopping down trees and clearing dead brush for experience. Once you’ve unlocked those skills, you need to craft an anvil to make the parts and repair the rubble. Then you need to raise Snake’s affection by completing personal tasks and...

Oh my god, Graveyard Keeper, will you please let me sell corpse-burgers already?

Graveyard Keeper adds far too many extra steps to each task, which makes it easy to get overwhelmed. It’s difficult to please the Bishop and raise your graveyard’s rank when every new burial reduces its value and the tools you need for fixing graves require a lengthy process to acquire. In order to succeed in Graveyard Keeper, it’s crucial to focus on one big goal and doggedly pursuit it. This can provide structure to an otherwise loose game, but more often than not the process feels artificially slow. It blurs the line between play and work.

There’s a lot going on in Graveyard Keeper beyond the lengthy quests and crafting loops. A plot about cultists and church fervour has you interacting with a stern Inquisitor, and there’s plenty of monsters in the woods if you’re the adventuring sort. There’s bound to be something here that will grab a player’s attention. But the most striking thing to me so far is how much it leans into a feeling of toil. There’s pride to be had in your work, but it will be work. At the end of the day, you’ll be very thankful to take a break.