The new “Heist” mode for the Black Ops 4 beta is a more tactical take on Call of Duty, one that feels inspired by games like Counter-Strike and Payday.

The new game mode is a no-respawn, round-based, tactical challenge that requires your team to steal a bag of cash before your opposition does, then reach an extraction point. It dropped late last week in the Black Ops 4 closed beta for PlayStation 4, Xbox One, and PC, which ended early this morning. While Heist is nothing groundbreaking for the FPS genre, it does work well for Black Ops 4.

Treyarch first teased the new mode during a live stream on Thursday, describing it as a fun party mode with a competitive layer. Treyarch’s Call of Duty titles are known to have party modes such as Gun Game, One in the Chamber, and Sticks and Stones, but Heist feels way more competitive and much less casual fun than their party modes of the past.

In Heist, you can win rounds by extracting the cash, or simply by gunning down the entire enemy team. That’s easier said than done, as you do have the ability to revive teammates in Heist. Instead of dying right away, you fall into a knocked stage where you can be revived if a teammate can reach you fast enough. You can’t shoot your gun in the knocked stage, so you’re basically crawling around helplessly on your hands and knees. One swift punch or another bullet received while knocked will remove you from the round. 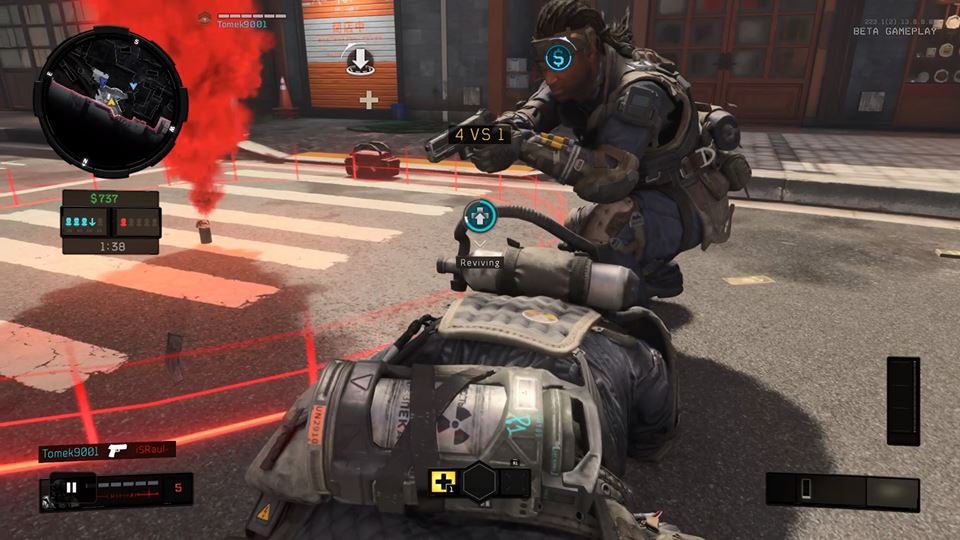 Heist also takes away the normal Call of Duty create-a-class feature. You start with $500 and a pistol with limited ammo, and all other guns, perks, or attachments must be purchased. The points earned for getting kills, assists, or winning the round are translated into cash currency here, and some of the better loadout choices are locked behind cheaper options you’ll need to buy first. Want the Acoustic Sensor to hear enemies better? First, you’ll need to spend $500 to unlock the Scavenger perk, then another $1,000 for Flak Jacket, and finally $2,000 for the Tactical Mask and Acoustic Sensor combo.

The perks and attachments you purchase stay with you for the later rounds, but there’s also a selection of one-time use scorestreaks and equipment you can purchase as well. You can’t buy everything, so you have to really pick and choose here, and that’s one of my favourite things about Heist.

How you spend your money is important, and early-round decisions feel crucial. You really have to ask yourself: “Do I buy the first gun I can afford? Or save cash for the better and more expensive gun?”

I often found myself saving the initial $500 and just rocking the pistol for the first round, giving me the money to buy the $1,500 assault rifle of my choosing for Round 2. If I’d spent the $500 during Round 1, died before earning any cash, and then lost the round, I wouldn’t have had enough cash to buy the pricier rifle for Round 2. 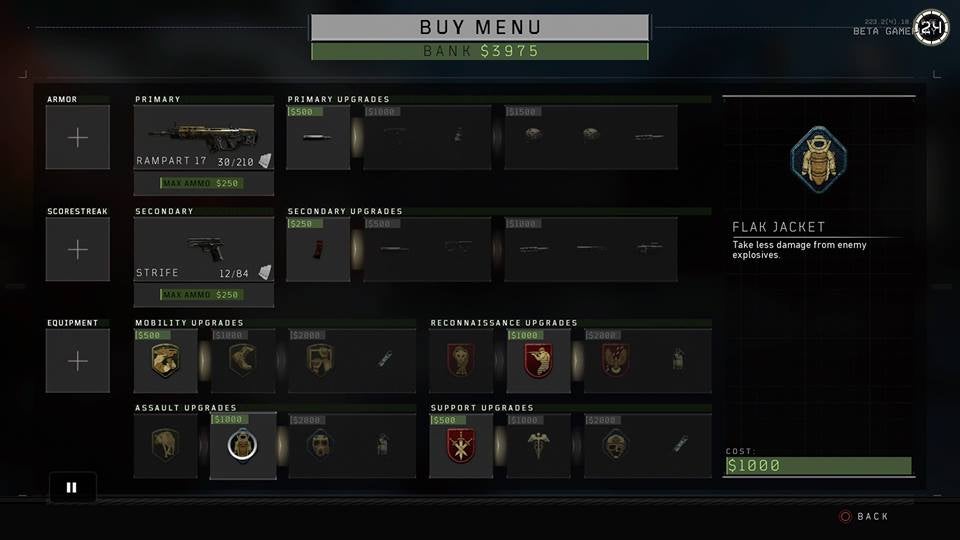 The one-time-use scorestreaks can be fun, but I’m not sure if they are worth the price. You have to decide if you want to be a super soldier with armour, perks, and all the attachments on a really badass gun, or if you want to go cheap on your gun and save up $6,000 for a one-time-use attack helicopter. This new purchase system creates lots of decisions.

The game mode itself plays similar to Search and Destroy, which is a competitive, no-respawn, round-based mode with one team trying to plant explosives at a bomb site as the other team fights to defend against the attack. You either play the objective or wipe out the entire opposing team. However, I do find that Heist is a little more difficult to play with randoms or without proper communication. It helps to know what your teammates are buying, because everyone trying to drop $4,000 on the Hellstorm Missiles scorestreak would be silly.

This might not be the mode for casual players looking for a true Treyarch party mode, but Heist should appeal to Call of Duty players like myself, who love the intense and tactical nature of no-respawn modes. I’m a big fan of Search and Destroy, but this strategic purchase system might make Heist a little more interesting to play in the final version of Black Ops 4 on 12 October.