We live in exciting times, Super Smash Bros. fans. In this year 2018, in which many improbable things have happened, Nintendo has announced we’re getting precisely what we’ve wanted in the upcoming Smash game: every Smash fighter ever, plus Ridley from Metroid; King K. Rool from Donkey Kong; even Daisy from Mario. Great stuff, Nintendo. Thanks.

Now, in the category of “Thanks, I hate it,” here’s something else we’re getting: Seven god damn Fire Emblem characters in Smash Ultimate.

We’ve had Marth and Roy since GameCube. Then, we got Ike. After that, Robin, Lucina and Corrin. And today, Nintendo announced that, no, six Fire Emblem fighters weren’t enough for Smash Ultimate, and, actually, we need Fire Emblem Awakening’s Chrom. (We don’t need Chrom.)

For me, Chrom is the straw that broke the camel’s back, if, in this metaphor, “the camel’s back” is my patience for Smash’s transformation into a Fire Emblem fan game. 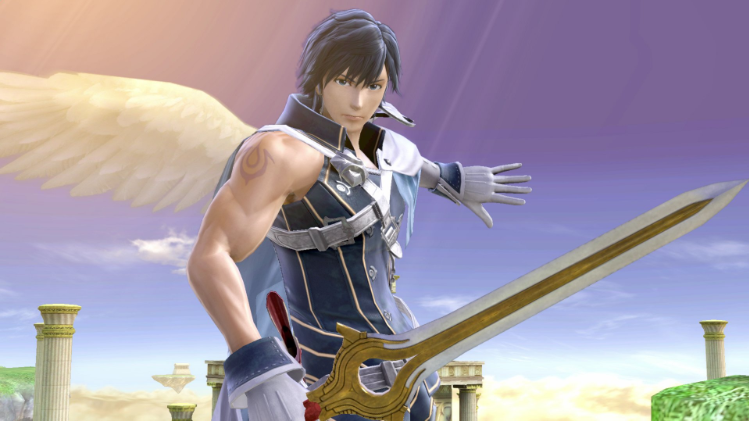 Listen—I love Fire Emblem. I played the crap out of Fire Emblem Awakening and Fire Emblem Fates: Birthright (Sorry—Jakob best boy). I’ll praise its character design from here to halfway across the world— the sea just west of Mandurah, Australia—and back. Great plot, too. Really happy about those games, Nintendo. Keep it up. My big issue with Smash Ultimate’s roster reaching critical Fire Emblem saturation is not an issue with Fire Emblem. It’s with the fact that, as of now, one-tenth of Super Smash Bros. Ultimate fighters will be plucked straight out of this one franchise, and for the most part, play pretty similarly to each other.

Lucina, Marth, Roy, Ike and Chrom are heckin’ similar. Lucina and Chrom are plainly referred to as “echo fighters,” which means, yes, their movesets are echoes of other fighters’. That’s great for Smash fans who want Nintendo’s 2040 Smash iteration to have twenty reskins of Marth. For me, too many of these Fire Emblem fighters go swish-swish with their little swords. Thankfully, Smash 4’s Corrin and Robin have their own things going on, with movesets unique to their unique weapons, respectively, an evil sword and magic tomes.

If Smash Ultimate’s fate as a Fire Emblem all-stars wrestling match is secure, it would be less objectionable if Nintendo added more interesting Fire Emblem heroes! Have you seen Rinkah, Nintendo? She’s got that sassy pout and that crazy brass club? You know her? Okay. How about Orochi, the prankster diviner who fights with a literal rat spirit?

I get it. Smash Ultimate has every character from every Smash game, plus a heaping shittonne of quality-of-life features that Smash’s famously finicky fanbase have requested. Nintendo wants to please everyone. Please me, Nintendo, and add Goku from Dragon Ball Z.