Overwatch's Symmetra Mains Are Still Getting Hate, Even After Her Overhaul

Overwatch’s Symmetra mains haven’t had an easy go of it. Any time they play their favourite character, they run the risk of getting harassed or reported. This year offered potential salvation in the form of a huge overhaul to the character. But even after that, things haven’t changed much in Symmetraland.

The more things change for Overwatch’s glowy queen of poise and teleportation, the more they stay the same. After June’s update, Symmetra certainly plays differently, with turrets that soar to hard-to-reach places, teleporters that wouldn’t feel out of place in a Portal game, a new auto-aim-less beam attack, and a barrier ult that can literally span entire levels. She’s no longer a support who can’t heal, but instead a full-fledged DPS with some wacky tricks up her sleeve.

But players still perceive her just like they used to: as a largely useless “troll” pick.

“Nothing has changed,” a Symmetra main named Ryan Woodward said in an email, noting that he’s played in Platinum, Diamond, Master, and Grandmaster ranks across various accounts this competitive season. Symmetra’s now in a completely different role than she used to be—damage instead of support—but Woodward says people still act like she should be propping the team up rather than tipping over enemies until they tilt. 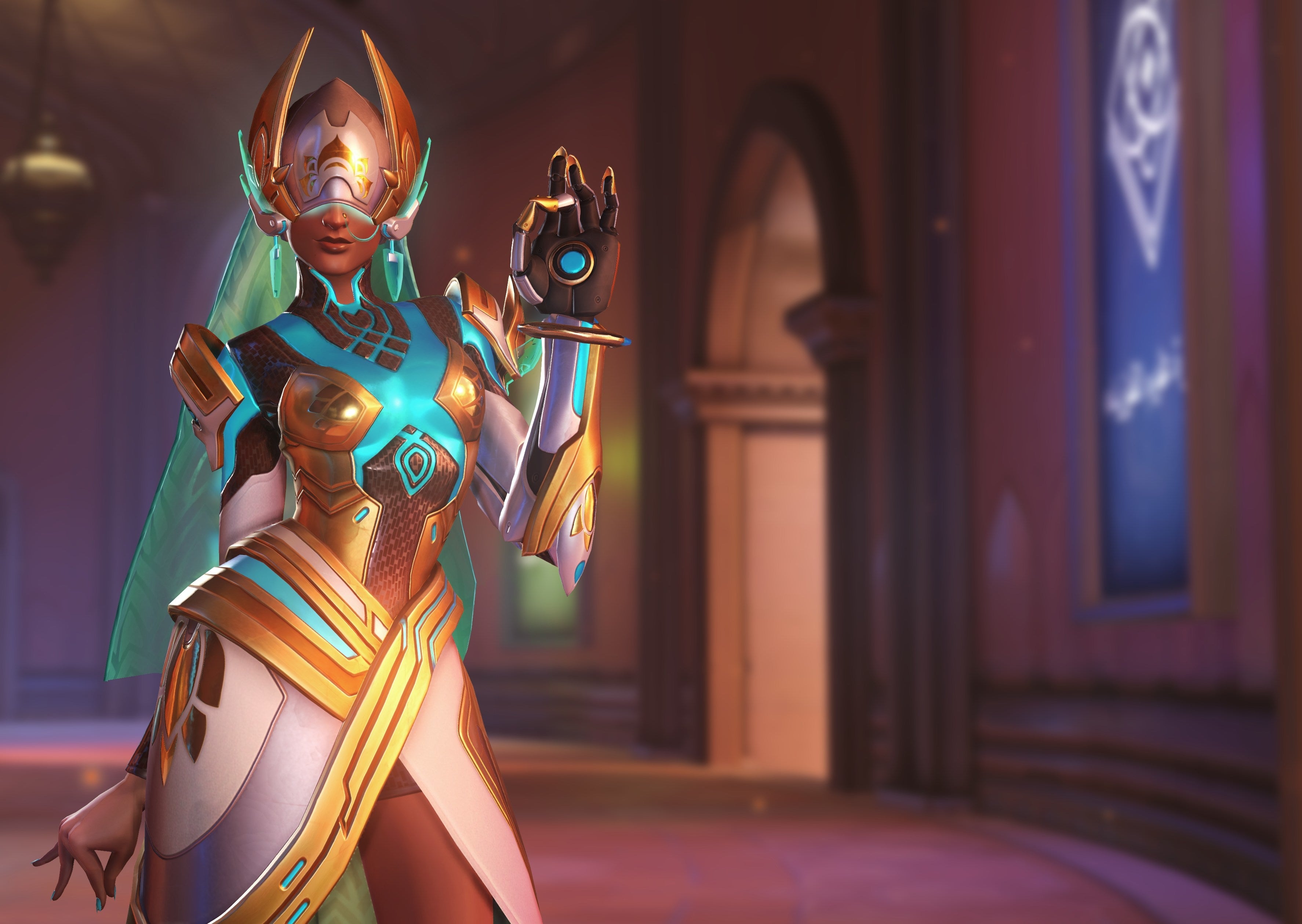 “People still think she is a support,” he said. “I’ve had people ask me not to pick her because ‘we don’t want to run triple support.’ I’ve had people blame me for a game’s loss even if I had multiple gold medals and don’t feel I did bad. People still believe Symmetra is a troll pick and offers almost no value to a team, except now I sometimes get ‘If you’re gonna pick Symmetra, can you at least teleport me behind them so I can do xyz.’”

Nearly every other Symmetra main I spoke to reported similar experiences. Natalie Flores told me in an email that things have been “a lot” better for her, but people still don’t treat her as “an actual DPS.” It seems like many players are biased against character that aren’t aim-intensive hitscans like Widowmaker, Soldier 76, and the like, and Symmetra’s at the top of their shit list because of their belief that doesn’t take any skill to play.

“Blizzard is still allowing Sym players to be bullied by the report system and suspended for hero choice, contrary to their stated policies.”

“When I do well with her,” said Anthony Westbrook, “it’s usually because of turret kills, so people still complain she’s a no-skill hero.” Westbrook, who now plays Symmetra almost exclusively in free-for-all mode and not competitive, said he has found that people aren’t quite as toxic about Symmetra as they used to be. He credits this to Overwatch’s new endorsement system, which allows other players to grade your sportsmanship.

But that hasn’t stopped people from finding other ways to punish Symmetra mains for having the audacity to play their best hero. There are numerous complaints on the Symmetra Mains subreddit of teams throwing matches and reporting Symmetras until they get suspended—even when those Symmetra players have high endorsement levels that should insulate them.

“Blizzard is still allowing Sym players to be bullied by the report system and suspended for hero choice, contrary to their stated policies,” said a Symmetra main going by the handle PMmeYourNoodz in a DM. “I’m about to quit Overwatch because Blizzard continues to empower these toxic bullies.” 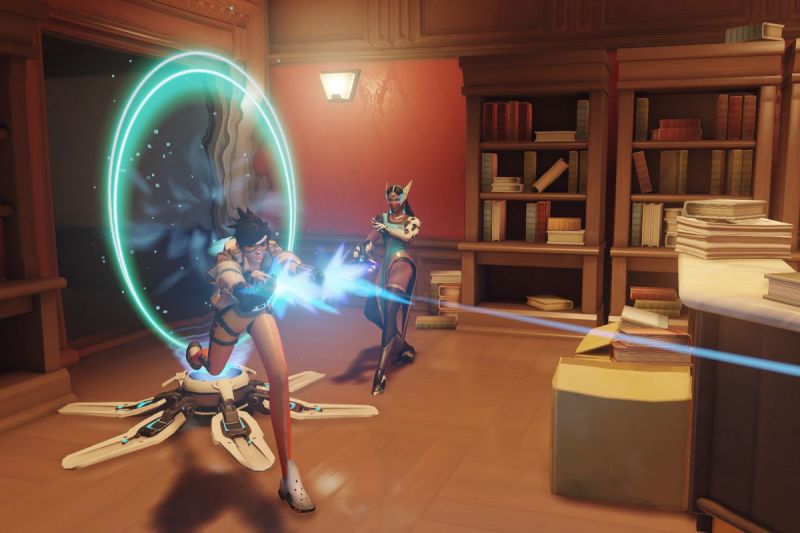 The grim state of things has left Symmetra mains wondering if it was all worth it, especially given that many of them actually preferred the old, pre-overhaul Symmetra, with her tether beam and more casual-friendly but strategically nuanced bag of tricks.

“They swapped everything that made Symmetra’s playstyle unique for a much more standard FPS kit, with a teleporter attached to it,” said a Symmetra main going by the name Nibel2 in a DM. “No more auto-lock to work around high mobility heroes. No more piercing orbs to work around turtle comps. No more Shield Generator to force the enemy team to split forces to break it. No more Photon Barrier to bait abilities like hook and flashbang.”

The overhauled version of the character “seems to be catering more to the group of people who hated Sym by making her more like other generic heroes, rather than helping all the existing Sym players with quality of life and defining her niche,” said PMmeYourNoodz.

“Her primary fire is a joke,” said Anthony Westbrook. “If they want her to do actual damage to the enemy: they need to change the beam. Yes I’m salty because I’m a bronze that can’t aim, but at every level of play, everyone agrees it’s worthless.”

Westbrook also sees a double standard at play among Symmetra haters: “Why is it fine that Winston, Reinhardt, and Brigitte don’t have to aim, but just because the animation of Sym’s lock-on looks different, her not aiming is a huge issue?”

That’s not to say that everybody’s sombrely donning their Symmetra tuxedo skins and putting on an awkward approximation of a funeral for the beleaguered love of their digital lives. Some mains see potential in Symmetra’s new kit, even if they agree she needs a lot of work. 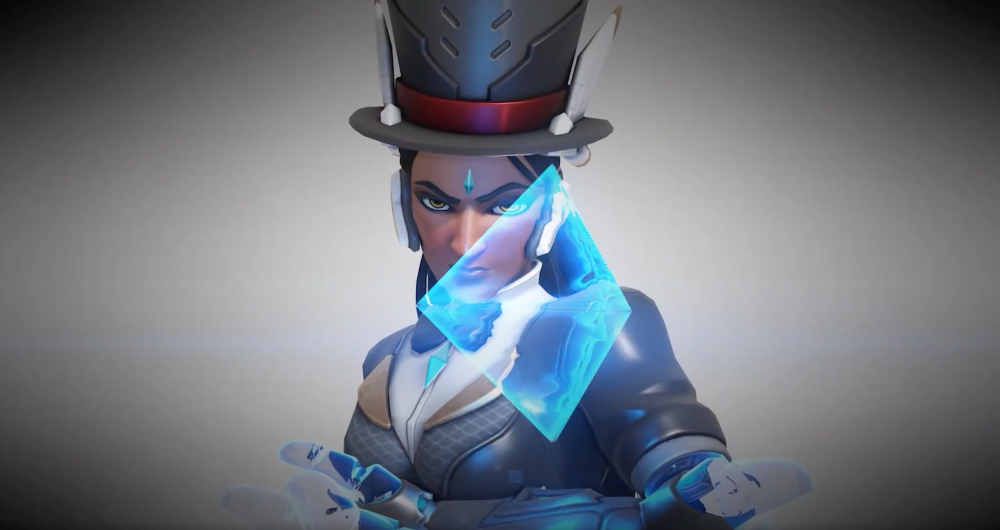 “Her ultimate in particular actually makes a difference now,” said Natalie Flores. “Zarya has one of the most powerful ultimates in the game, especially after its last buff a few months ago, and now we finally have a solid way of countering it. Placing a teleporter so that a Sym and team members caught in Zarya’s ultimate can teleport out of it, or using her ultimate in front of the Graviton Surge to block out a Pharah or Soldier 76 ultimate can be so reassuring.”

In general, however, Symmetra mains are worried. This is Symmetra’s second big overhaul, and players’ perceptions of her remain firmly rooted in a toxic swamp. Now, they fear, it may be impossible to reverse course even if Blizzard finally turns her into a consistently viable character. Some are saying they’re going to call it quits.

“It’s just so tempting to simply leave the game and go play something else,” said Nibel2. “That’s the message that the rework sent my way. Blizzard said they don’t want my favourite hero to play as she is supposed to be played... They are just saying, ‘If you enjoy this kind of gameplay, we don’t want you in Overwatch.’”