Whenever I get a crush on someone, I usually secretly add them to whatever game of The Sims I’m currently playing. Despite this being an incredibly weird thing to do, it’s a ritual I’ve followed for years. Normally it doesn’t get so complicated.

The last time I talked about this at all, I was bonding with a new friend over our shared love of The Sims at a bar. She told me that she, too, used to add her crushes to the game, though mainly the celebrity ones. When I was going through puberty and trying to understand sex and romance, putting my celebrity crushes into The Sims so we could fall in love, get married and WooHoo our hearts out was one of the ways I tried to handle the intense, scary feelings I was experiencing for the first time. Somewhere, deep in the hard drive of a dust-covered computer in my parents’ house, there is a tiny virtual town where a sim of myself and of Conor Oberst of the band Bright Eyes have grown old together, surrounded by our many children.

As I grew older and more experienced in dating, I didn’t stop adding my crushes to The Sims. I just traded in celebrities for people I actually knew. There’s a good chance that if I have ever been sexually or romantically interested in you, you have made an appearance in whatever save file of The Sims I have made. For the most part, given how the life cycles of Sims work, these characters grow old and die at the same time my feelings for that person do. It’s a way to burn out an intense feeling, to just intoxicate yourself on your crush until it goes away.

On the rare occasions that I do end up dating the crush in question, I usually get too preoccupied with, you know, actually dating that person to continue to live out our simulated romance. By the time we’ve broken up, they’re already a ghost in my game. But now that I write and play and think about games for a living, including ongoing coverage of The Sims, I don’t have the luxury of just waiting around for certain Sims to die anymore. Right now, I have a save file of The Sims 4 I want to revisit, but I have no idea what to do with the Sim of my ex-boyfriend.

I have had a lot of really bad relationships, but the one I had with my most recent ex wasn’t one of those. On the contrary, it was perhaps the first good relationship I’ve ever had. We broke up mostly because being long-distance was too difficult for us to manage. Leaving him was incredibly difficult, even if I knew it was the right thing to do.

I’m over it now, for the most part. I’m dating again, I have lovely friends, and I’m generally just enjoying sweating like a hog wearing little to no clothing during this surprisingly wet New York summer. But once I remembered about my ex’s Sim sitting on the old computer in my closet, there was a little damper in my summer glow-up.

It was a bit like being haunted. I had long since gotten rid of all the other old remnants of our relationship. A tear-stained letter has been tucked away in a drawer, along with the Polaroids of us at the beach. Sometimes I think about wearing a necklace he gave me; most days I’d rather not. I thought I had done all the healing you’re supposed to do after a breakup. I’ve rebounded and gotten back on Tinder and had some very bad dates and a few really good ones. But my ex is still here, on a hard drive that sits unspinning in my closet.

Today I decided to go open that save and try bring myself to delete him, or at least to break us up in the game. Where I had left it, we had actually gotten married, which I never told him about. It made me uncomfortable to think there is a version of myself, even a virtual one, that is still in love with him. Yet when I opened the game and saw us hanging out in an flat in San Muyshuno, I knew immediately that I still couldn’t bring myself to get rid of this Sim. 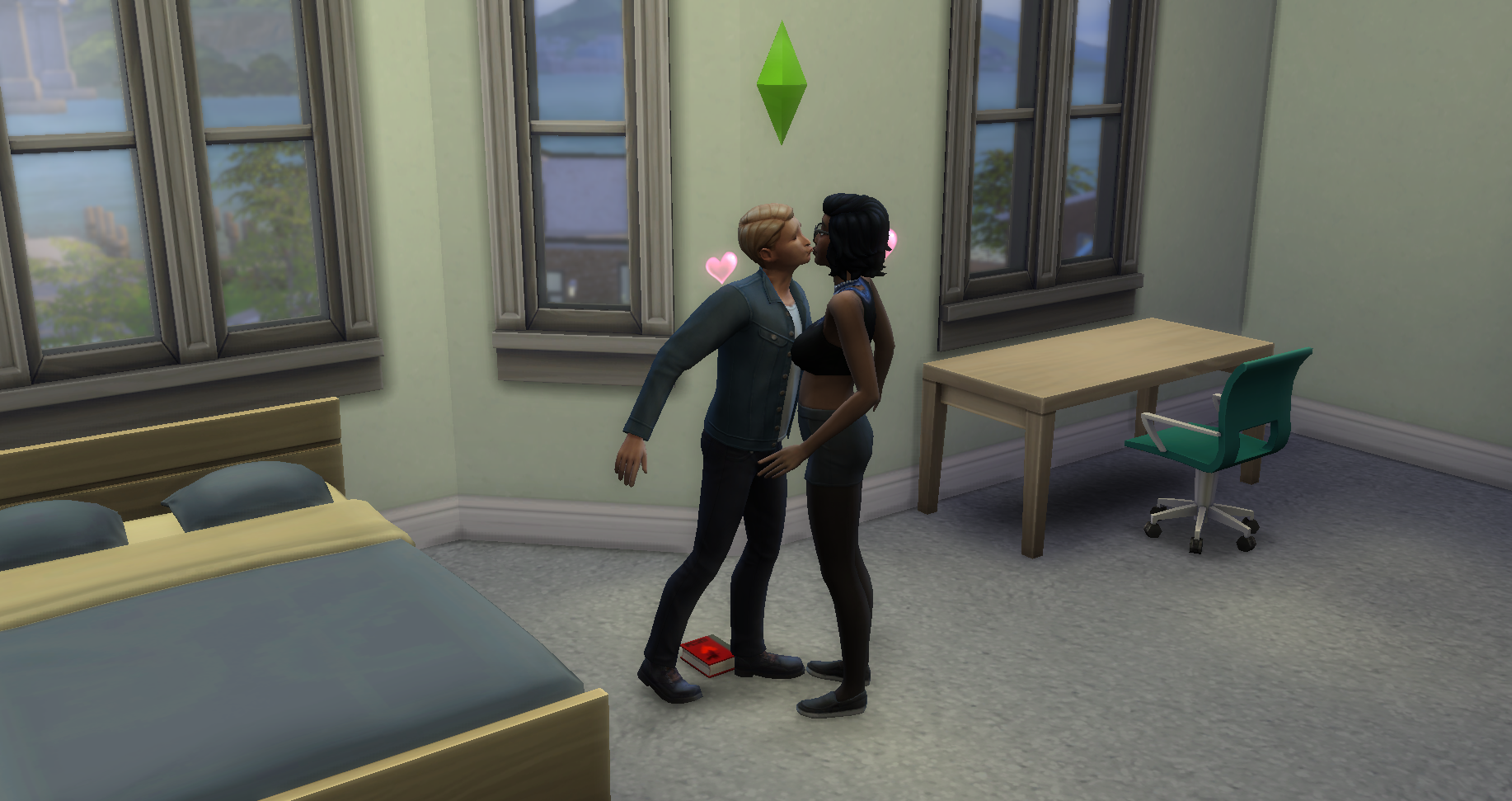 Sometimes when I hear certain songs, I am transported back to an intense memory. When “El Scorcho” by Weezer comes on, I remember how warm the air felt as my friends and I drove back from an abandoned park we’d been trespassing on, and how I reached out the window to make a wave with my hand as we all screamed the words to the song. When I saw this Sim of my ex, I remembered meeting him for the first time, the awkwardness of our first kiss. I remembered the fumbling conversation where we admitted we were attracted to each other. I remembered making him mixtapes. I remembered how he called me “little bird.” He was just there, frozen in the moment when things were all new and exciting and good.

At that point, it felt like deleting him from my game or breaking us up was just shaming my past self for daring to fall in love at all. It helps that those memories are too distant now to even be bittersweet. They’re just good. It’s good to remember what falling in love feels like, even if all my love for him is gone now.

I made my ex’s Sim kiss my Sim, and I saved the game, closed it, and put my computer back in the closet. Now, it feels less like a haunting and more like a yearbook: a way to bring me back to a moment that has long since died, not with bitterness, but an appreciation for all the ways I have grown.