I'm Hooked on a Game About Cleaning Up Murder Scenes

Playing a preview build of Body of Evidence, I found myself working against the clock to clean up crime scenes and hide dead bodies. As I meticulously scrubbed blood out of hardwood floors and tabletops, I felt exhilarated to play a role in a situation I hope I never take part in.

In Body of Evidence, coming out this winter, each level involves cleaning up a crime scene and hiding at least one dead body from sight before the timer runs out. The dead bodies are flimsy ragdolls that are challenging to stuff in a bathtub or closet. Sometimes you have cleaning supplies to work with from the beginning of the level; other times, you scramble to find them. Each cleaning product works most efficiently in different situations—for example, the hand brush is faster at cleaning blood on walls than on the floor. You also have to rearrange the furniture that had been knocked over during the act of murder. Once you complete your job, you’re rewarded with cash based on whether you successfully hid the body and how well you cleaned up the place before the timer ran out.

My interest in Body of Evidence may be tied to my love of crime dramas like Law & Order: Special Victims Unit and true crime documentaries such as Deadline: Crime with Tamrin Hall. It may also be due to my innate fear of being murdered, a fear that was instilled in me as a kid. My mum didn’t sugar-coat things; she often explained how people were capable of doing horrible things to others. When I was younger, her words were just annoying to me. What could possibly go wrong if I walked away for a split second to check out something a few aisles away in the store? As I got older, I began to understand her panic and anxiety more. Kids were getting shot in schools, cops were shooting unarmed teenagers, and university students were going missing. When I forgot to text her one night during my first week at university, I couldn’t bring myself to get angry with her when she called me, hysterically sobbing. That’s usually how crime documentaries start—a girl at university forgets to text her mum, and before you knew it, she was found dead.

I watched true crime documentaries because I felt like I was learning from them. By training myself to notice the abnormalities and hints that the victims has missed, I thought I could be saving myself from the clutches of a future murderer. While watching these shows, I never just focused on the victim. I also paid attention to the thought process of the murderer. By recognising how they managed to trick their victims, I thought I could avoid potentially dangerous situations. 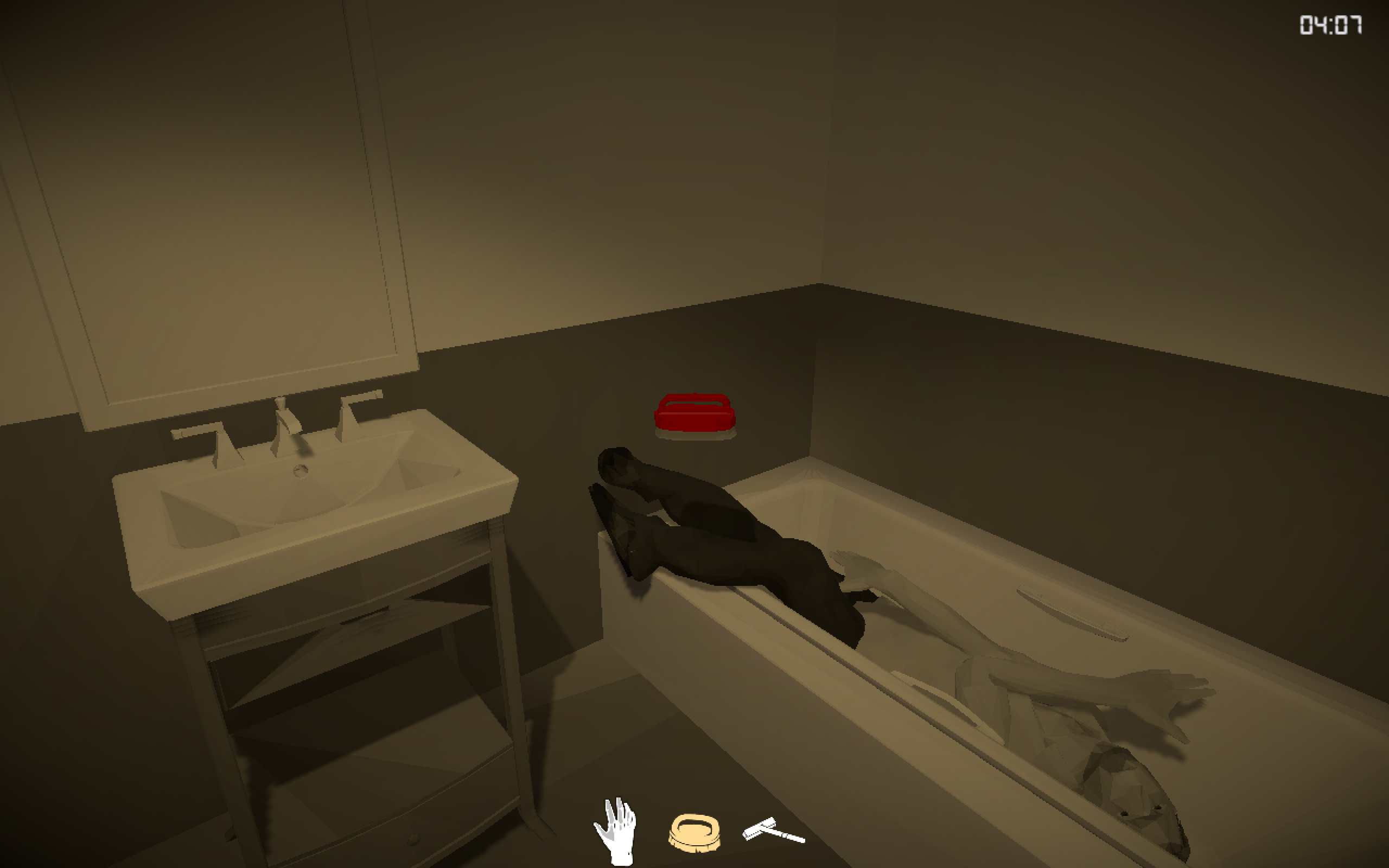 Body of Evidence doesn’t place you in the mind of a murderer, but it does allow you to experience what it’s like to try to get away with it. On one particular level, I was assigned to get rid of two bodies. Initially, I had planned on hiding one body in the closet and the other in the shower stall. After hastily stuffing the first body into the shower stall, I soon realised the closet wasn’t big enough to hide the second. With only five minutes left on the clock and blood everywhere, I knew I had only one option left: to stuff both bodies in the single shower stall. I hastily dragged the body into the next room, leaving a trail of blood in my wake, and tossed him over the other guy. In death, they embraced. As I hastily tried to shut the door on them, the second body’s arm went limp and blocked the door from shutting. I would tuck the arm in, then as I tried to shut the door the arm would fall again. This happened again and again. I was running out of time, my palms were getting sweaty, and my mind was racing. What was I going to do?

It took one more final push for the door to completely shut. I immediately whipped out my cleaning supplies and put myself to work making the place spotless. After a last look around, I sprinted out of the door with only seconds left on the clock. I succeeded—the bodies weren’t found, and I got a bonus for leaving the place so spick and span.

I may not have committed murder, but it sure felt like I got away with it.

Shows like True Crime with Aphrodite Jones and games like Body of Evidence are riveting because they depict scenarios that could occur to anyone at any time. In many of these stories, all it takes is one drink, one bad business deal, or one moment of vulnerability to find yourself in a life or death situation. I don’t plan to be murdered any time soon. But I’d like to believe I’d be at least mentally prepared for the moment I notice a shadow getting a little too close on my walk home.