Maplestory Gave Me My First Best Friend, And First Betrayal

Modern kids socialise in games like Minecraft or Fortnite, but when I was growing up, I played Maplestory.

Most other kids I knew made new friends at summer camp, or they played football or learned how to play an instrument. Meanwhile, I spent my youth as a hermit, shamelessly spending hundreds of dollars (with my parents’ permission) and countless hours playing this massively multiplayer online role-playing game.

My private school classmates called my pastime “weird” and uncool, and they said it was all the weirder for a girl to be so engrossed in an online game. Halfway through high school, I finally abandoned Maplestory and felt convinced that my judgemental classmates were right and that I had wasted years of my life. I hadn’t participated on sports teams or won competitions, like they had, so I felt like I had nothing tangible to show for the years I dedicated to a game. It felt embarrassing and depressing. But, as an adult looking back on all of this, I don’t think that way anymore.

Maplestory is a free-to-play, 2D, side-scrolling MMORPG that invites players to explore Maple World, where they can defeat monsters, complete quests, and advance in their class, skills, and abilities. Beyond slaying monsters and exploring the ever-expanding and updating world, you can also trade, chat, and form guilds with other players around the world.

I was ten years old when I started playing Maplestory. While I was initially drawn to the MMORPG because of its cute aesthetics, I continued to play Maplestory for years because of the friends and community I found there. From the comfort of my bedroom, I befriended people I would have otherwise never have had the opportunity to meet, some of whom were several years older than I was. When we weren’t mindlessly killing monster mobs in order to level up, we hung out in the Marketplace having conversations that ranged from light-hearted and entertaining to serious and sincere. 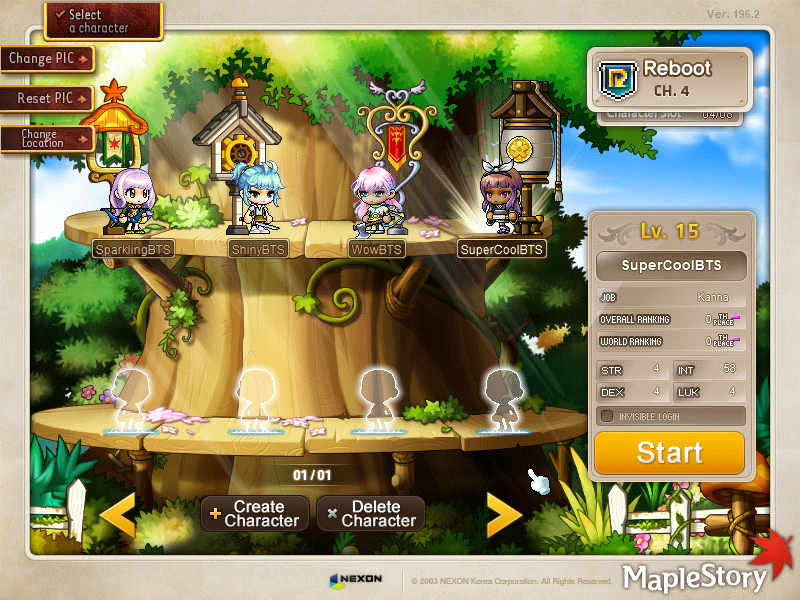 Nowadays, it’s common to find strong friendships and even relationships online, but in the early aughts, not so much. As a middle schooler, I felt baffled and amazed to make such strong connections with players all over the world. Despite our differences — age, gender, culture, religion, race — they valued my opinions and respected what I had to say.

In Maplestory, my friends and I would discuss the complexities of romantic relationships, which never would have come up at my private Catholic school, where my peers and teachers expected us to uphold and respect only one particular type (straight and “traditional” relationships). I felt miserable and repressed at school; how could I be myself with classmates and teachers who would turn their nose up to anything that was slightly different from them? In Maplestory, I felt like I had found a friends group who respected me, even if we didn’t always agree. At school, sharing an unpopular or new opinion would mark me as a target for ostracisation.

My Maplestory friends, like any typical group of friends, was far from perfect. Drama would rear its ugly head every once in a while. For years, these online friends were there for me when I had no one else, but eventually, that changed. 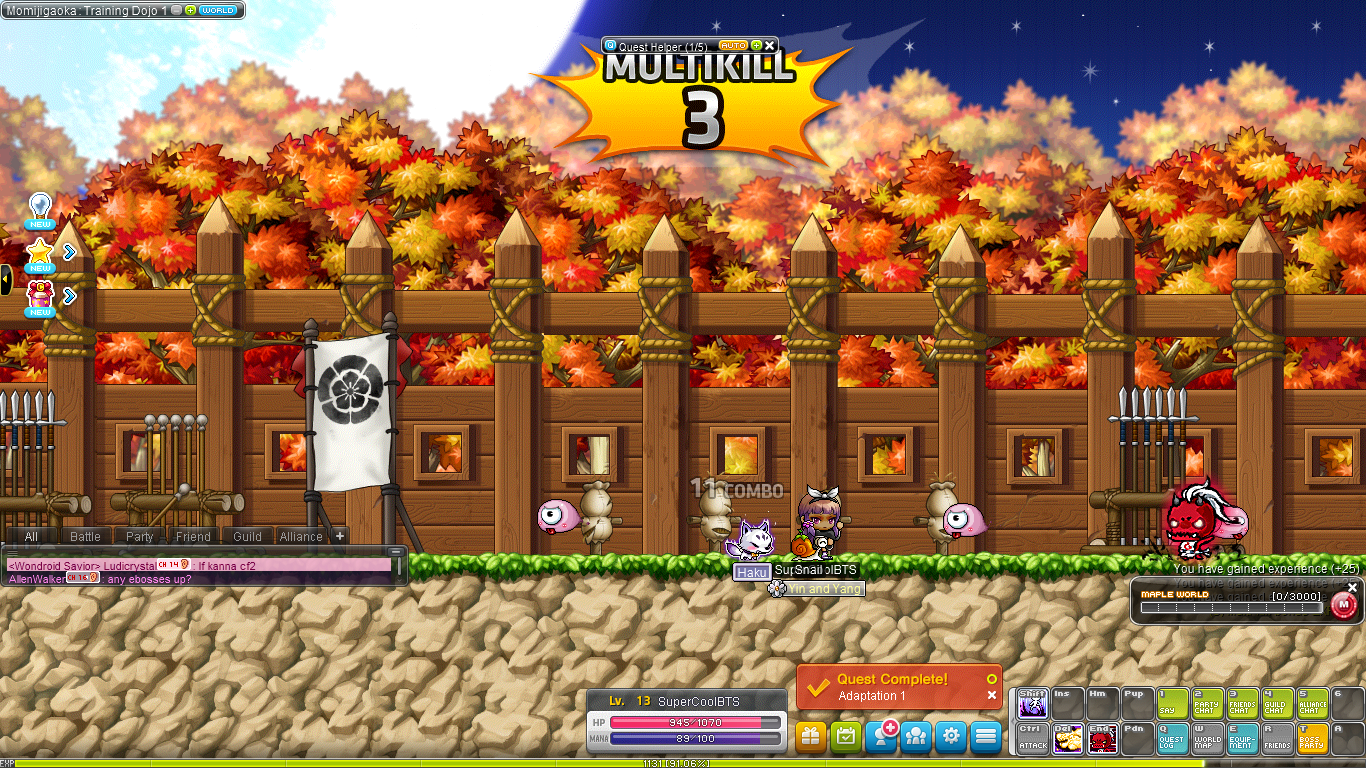 In Maplestory, I found a best friend, a Canadian girl who was a few years older than me. She listened to me when I got stressed out and made me laugh when I was on the brink of tears. After years of late-night conversations and hours spent trotting around town on our hog mounts, she met an older boyfriend from Florida in Maplestory. After that, she began to snub me. The new guy encouraged her to ignore me; he would mock me and repeatedly accuse me of being a lesbian because I was so attached to her.

This situation could have just as easily happened in “real” life, and it felt just as upsetting to experience in Maplestory. She was my first best friend, and I had never lost someone so important to me before. I eventually gave up on trying to salvage our friendship. I realised I didn’t want to waste my time with someone who wanted to date an insecure bozo who enjoyed mocking little girls.

One day, I logged in to find that all of my accounts had been completely wiped—no money, weapons, or clothes. Right away, I suspected my former friend, who had popped up out of the blue a few weeks before to ask for help hacking someone else (I had refused). I also realised, in shame, that she still knew my password from back when we were friends. I hadn’t even thought to change it. It had never occurred to me that she would do something so cruel.

I felt miserable. Not only had I lost my best friend, now I had also lost everything else I had worked so hard to earn in this game. My other Maplestory friends offered to help me get back at her and her boyfriend (who I also suspected as a co-conspirator). I refused. I didn’t see the point in stooping to their level. It wouldn’t give me back my things or my former friend. 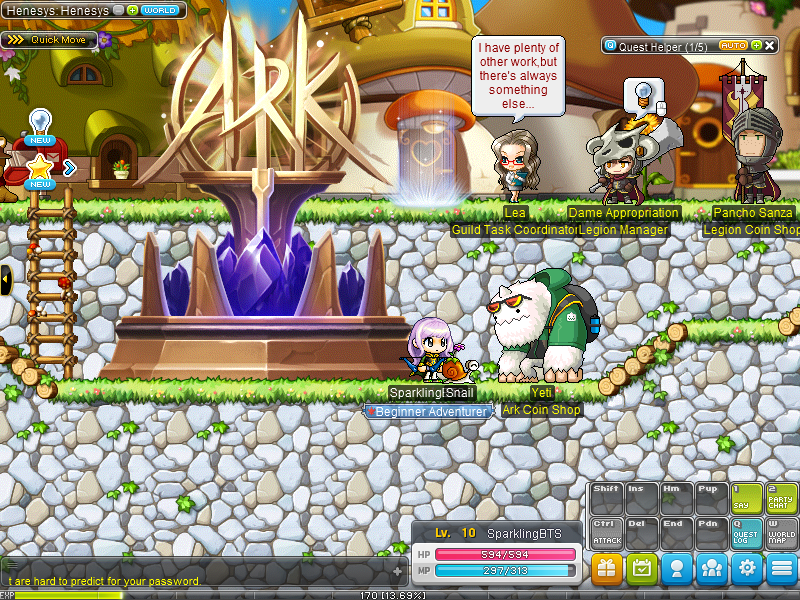 Maplestory didn’t feel the same, after that. A few weeks later, I woke up one day and realised I didn’t want to play it anymore. I felt sick of it. I had just turned 16 and was about to enter my second year of high school. I had begun to make more and more friends offline. The more time I spent away from Maplestory, the less I missed it. I was too busy stressing about my future, my university prospects, and keeping up with my grades to even think about logging onto Maplestory.

I used to feel ashamed of the time I spent in Maplestory, but looking back, I realise that it meant a lot to me as a kid. I’m no longer in touch with any of the friends I made all those years ago, but the time that I spent with them was just as valuable as the other friendships that I made over the course of my life. All of my experiences, both positive and negative, taught me about myself and about the world. I got to have the same emotional closeness and crushing betrayals that other middle schoolers had in their own social cliques, but instead of a school cafeteria, the backdrop was the Maplestory Marketplace. My childhood was different, since so much of my early socialisation happened online, but my experiences are just as valuable as the experiences of others. It was far from a gap in my life. Rather, it was a fundamental part of cultivating the person I am today.