It's Now Even Easier For Overwatch Players to Throw Games

“We deranking u cool?” asked the creator of “LOSING GAMES/TROLL/DERANK,” a group queued up for a game of Overwatch. I agreed. “I’ve never done this before,” I said over comms. “How does it work?” My new teammates explained that we would draw out the game for as long as possible, frustrating our opponents by whatever means necessary, before artfully and conspicuously losing.

“You’ve still got four digits?” asked one teammate, checking my competitive stats. He bragged: “I’m down to three.”

Losing Overwatch games has always been an art. Now, it’s a science. Last week, Overwatch implemented one of its best-received quality-of-life updates yet: groups. Players can specify what kind of game, player or role they’re looking for, make a group title, and cast a net out to whoever’s online. Strangers join in and they all queue up for a match. It’s given players unprecedented control over their Overwatch experience—especially players who want to troll. Overwatch’s new group finder is riddled with players looking to play as shittily as possible, together.

“DERANK//THROW//ROAD TO BRONZE,” “THROW FOR DAFRAN (ACTUALLY THROWING),” “ROAD TO BRONZE THROWING MATCHES,” “WE ARE THROWING GAMES — JOIN IF YOU WANT TO THROW,” and “THROWING TO BRONZE 1800 SMURFS PREFERRED” are just some of the groups I saw in Overwatch’s new group finder over the last few days. The question is, is it better for these guys to agree to lose in isolation, or for the group finder to remove them entirely? 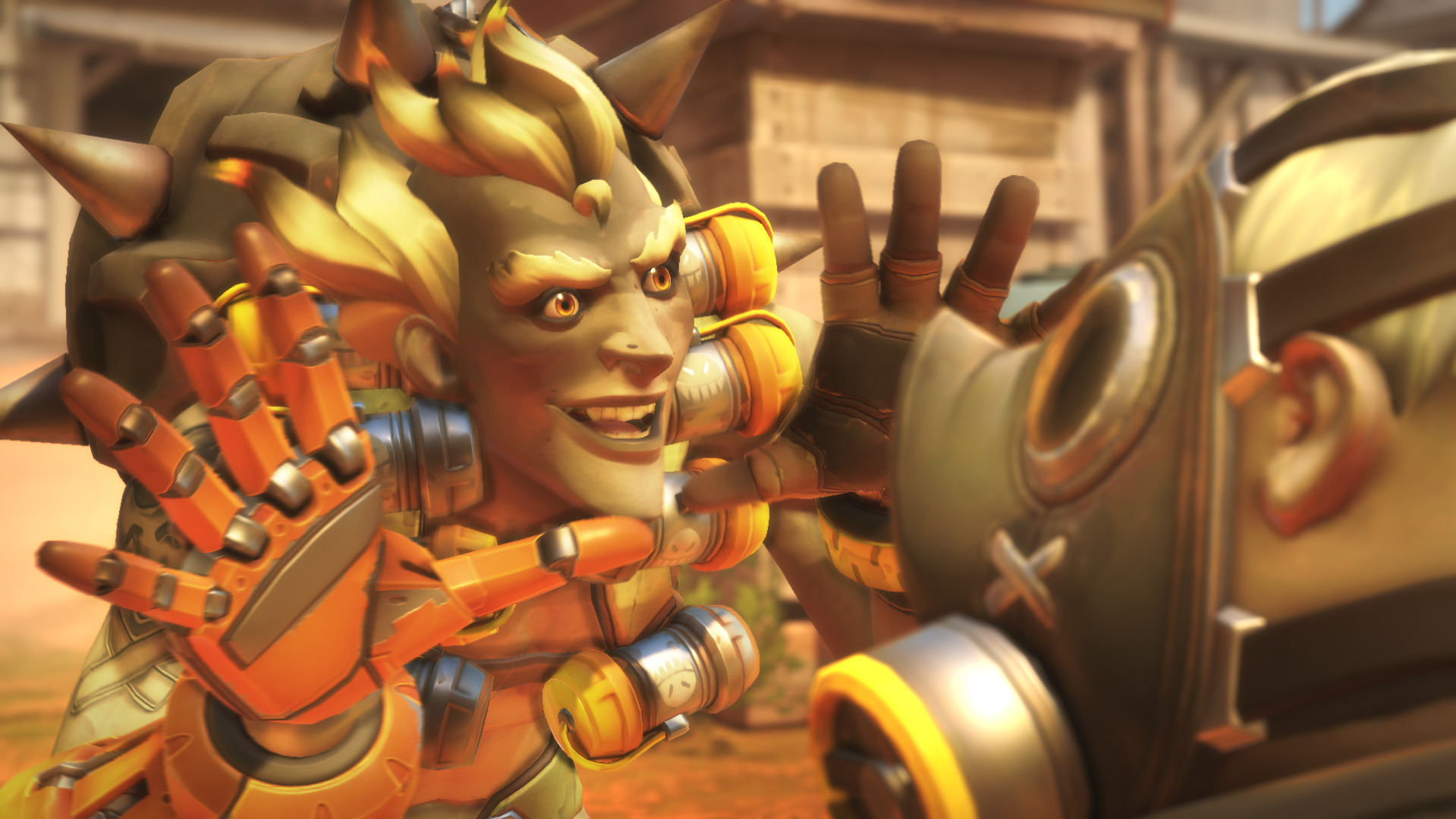 “Throwing” is Overwatch’s term for intentionally losing games. It’s against Overwatch’s code of conduct. That’s because it necessitates less competitive games and, if you have throwers on your team, can make for a teeth-clenchingly infuriating experience if you’re trying to win. Players do it for a lot of reasons. Sometimes, they want to get their skill rating as low as possible so that, by climbing back up to the highest rungs, they demonstrate their grit. Other times, throwing is about watching tryhard teammates lose their minds.

Playing yesterday with fellow writer Eric Van Allen, we encountered a group of throwers doing it “just for fun.” Before hitting “join,” I had to complete several deep breaths and remind myself that I love my job more than my Overwatch ranking, marginally.

These guys’ strategy was to completely avoid capturing the objective and, instead, camp the opponents’ spawn to rack up kills. That way, we lost and made the other players feel very, very bad about themselves. Our teammates said they were ranked in Masters, so they had no trouble stomping all over the other team. “GREAT ROUND GUYS,” said one opponent, with evident sarcasm, halfway through. I couldn’t stop giggling and, also, was ashamed. Over the weekend, I was on the other end of this. Players on the opposing team were tossing themselves off cliffs. Others would groggily walk onto the objective alone, receive a stern pummelling, and return again minutes later for the same dish. The whole opposing team seemed on board with this “strategy.” Since they all went out of their way to lose, and could verify that everyone on the team consented, I felt that it was a little better than adding needless friction between tryhard teammates and throwers. That said, playing against a group of throwers wasn’t any fun for our team, even though we received free skill points. Without the competition, what’s the point of the game? Blizzard did not return a request for comment.

As a solution, some Overwatch players say they should be able to see the name of an opposing team’s group. That way, they’ll know what kind of game they’ll get. Others say the system is fine, since throwers can now be more respectful of teammates. But when the throwers land in Overwatch’s bottom rungs, along with doe-eyed new players, they do real damage. With a much higher skill level, they’ll ravage these low-ranked players in wholly uncompetitive, unsportsmanlike games.

What the new “groups” feature will help with the most is making it easier to report these jerks all in one fell swoop.