PlayerUnknown’s Battlegrounds players have been through a lot since the game’s release early 2017. Although the survival shooter went viral and earned the love of millions of fans, players had, and still have, lots of complaints. The game’s been buggy. It’s been full of cheaters. And now, the rollout of a £7.50 Event Pass has sparked the ire of its already ireful community.

Last week, Battlegrounds got on multiplayer gaming’s hot new trend and got an Event Pass. Like Fortnite’s Battle Pass or Rocket League’s Rocket Pass, an Event Pass is a paid progression system that awards players cosmetic items like costumes when they’ve earned enough experience points to level up. The Event Pass gives players the opportunity to earn experience points by completing tasks like “Play 3 games on Sanhok where you got at least 1 headshot” or “Heal 200 hp 5 times in a single game.” 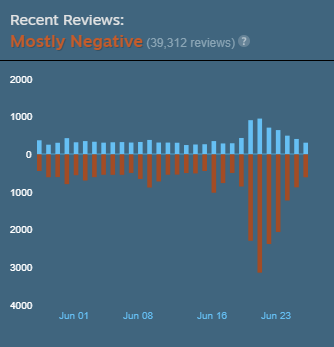 Battle passes are so hot right now, with both Battlegrounds and Rocket League receiving them at the same time months after Fortnite’s success with them. In theory, it’s a great way to encourage players to appreciate a game’s breadth and depth and award them for doing so. In Fortnite, the pass is mostly uncontroversial: The game is free to play, but for a little under £8, players can add a sense of direction and achievement to its otherwise drop-in-drop-out, snack-sized structure.

In Battlegrounds, however, the introduction of the Pass has struck the community a little differently. Lots of players wanted a progression system like this, yes, but they expected it to be added to the game as a free update, considering that Battlegrounds is not free to play. Moreover, the Event Pass system has apparently launched with a lot of bugs. Battlegrounds has received an onslaught of negative reviews on Steam since the Event Pass’s release.

On Battlegrounds’ subreddit, players have detailed several issues with Event Pass quests that make them difficult to accomplish. For example, it looks like a few quests are only achievable in solos rather than in duos or squads mode, which many players prefer. Others require that players deal a “killing blow” to opponents, the conditions of which seem hyper-specific. Also, it seems, for Battlegrounds to record a player’s achievement, players must play a “complete game,” which the Pass defines as a game in which they survive for five minutes after the plane takes off. Anyone who’s played Battlegrounds at all knows that’s not always a realistic scenario.

Bugs can be fixed. And although Battlegrounds’ team didn’t respond to Kotaku’s request for comment, a communications leader said on Reddit that they’re looking into these apparent bugs: “Yep been seeing the reports. Team is working on fixes and retroactive XP granting. It’ll probably be a messy process because it’s our first time doing something like this but we’ll make sure to take care of you guys.”

The other side to the backlash against Battlegrounds’ Event Pass is the simple fact of its existence. It’s not a full progression system. Battlegrounds has struggled with optimisation since release. And in a game where a win comes around very, very rarely, giving players the opportunity to achieve small accomplishments can help keep them around.

A Redditor in the US, whose post received 61,000 upvotes, said it best: “We have supported this game since early access. PUBG has made over $730 million... Yet, it’s still not optimised, cheaters are rampant, crates are locked behind keys. Even after charging $30 for the game, they now introduce this $9.99 Event Pass. If this were free to play, none of us would care.”