When Overwatch pro Jonathan “DreamKazper” Sanchez followed Anna* back on Twitter, she was in shock. A 16-year-old high schooler, Anna had only just purchased Overwatch for her Xbox One but was sold on the league of charismatic pros championing the blockbuster first-person shooter. The first game she tuned in for was New York versus Boston, a scrappy but promising team that, she said, had a special energy. Like any fan, she went through the team’s roster and followed her favourite players on Twitter. Sanchez was the only one who sent her a direct message thanking her.

“I thought it was an automatic message that gets sent to everyone who followed him,” Anna told me over the phone. “I sent a heart emoji back and wasn’t expecting a reply.”

Anna is one of two underage girls who has come forward with allegations that Sanchez, 21, cultivated long-distance romantic and sexual relationships with them after his Overwatch League debut. Penelope*, the first girl who came forward with these allegations, is 15—a fact Sanchez was aware of, according to screenshots of conversations between Sanchez and a friend of Penelope’s. On Monday, the Boston Uprising terminated his contract. (The team has declined to comment, and Sanchez has not responded to repeated requests for comment.)

Interviews with Anna and with Penelope’s friends—whose claims are corroborated by materials Penelope released publicly and by many screenshotted conversations—paint the portrait of a pro Overwatch player who groomed at least two underage girls by flattering them with attention that, because of the power differential, was difficult for them to turn down. Sanchez, who had a girlfriend at the time, allegedly received nude pictures from the girls after engaging in months-long, long-distance flirtations. His behaviour was only made public after Penelope realised, in her words, that he “used his social status to blind and take advantage of me.” 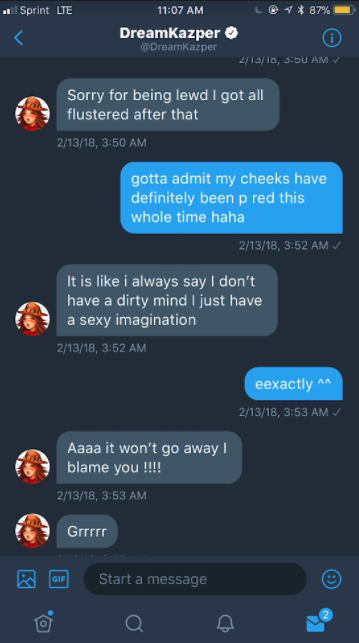 A screenshot of a Twitter conversation between Sanchez and Anna.

Sanchez, who was relatively unknown before the Overwatch League began airing in January, immediately made his promise as a player clear in his first game against the New York Excelsior. On January 11, commentators introduced Sanchez as a hyper-competent damage-dealer who had mastered an impressive breadth of Overwatch heroes. Over the next few months, headlines like “DreamKazper leads Boston Uprising to a convincing win over Los Angeles Valiant” credited Sanchez’s play for Boston’s good standing in the league. The London Spitfire’s star player, Joon-yeong “Profit” Park, called him the best western DPS player.

Around this time, in mid-January, Sanchez slid into Anna’s direct messages on Twitter. “Thanks for the support !” he wrote. Anna had, she said, never been so close to any sort of celebrity or personal idol. She would watch Sanchez’s plays on Twitch and, later, chat with him about big game moments; he would ask her how her day went and make small talk. Quickly, they started chatting daily. Sanchez asked for her number and, soon after, they began to text and FaceTime several times a day.

“I could tell there was an inappropriate undertone,” Anna told me. “I kind of brushed it off, like, ‘We’re friends and we make inappropriate jokes.’ ”

Anna said that she told Sanchez her exact birthdate in a FaceTime conversation, which indicated that she is 16. According to screenshots of text messages between the two, Sanchez, who is five years Anna’s senior, told her that he was only two years older. As the two spoke more, they developed a romantic connection, bolstered by frequent compliments and flirtations.

On 12 February, Anna told Sanchez that she would be visiting Santa Barbara, California, with her mother. “Ooo that’s like 2 hours away from me,” the Los Angeles-based Overwatch pro wrote, according to screenshots of Twitter messages. Anna said she would only be staying through the weekend. A day later, Anna mentioned she was only 4 feet 11 inches, to which Sanchez responded, “Aww I can’t wait to pick you up.” He then steered the conversation toward his penis size, adding later, “It is like i always say I don’t have a dirty mind I just have a sexy imagination.” Anna did not meet up with Sanchez on that visit. (She was, she told me, concerned for her safety.) 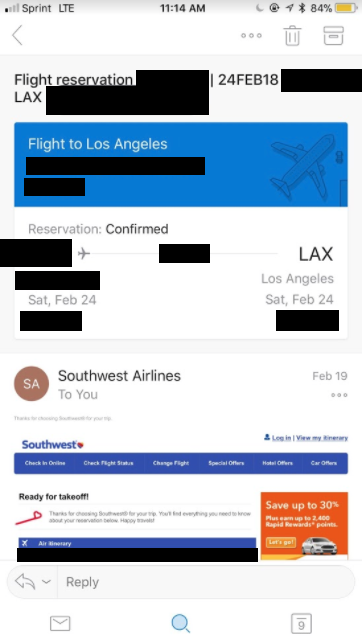 A screenshot of the flight itinerary Sanchez apparently purchased for Anna.

When Sanchez later suggested purchasing a flight for Anna to visit him in Los Angeles, she became flustered; she certainly couldn’t ask her mother for permission. It seemed like a big step, she explained to me, and one she wasn’t ready for. Sanchez went ahead and bought her a ticket, which she corroborated with screenshots of the ticket. When Anna told him she couldn’t fly out, she told me, “I felt so bad. I just didn’t want him to hate me so much. So I told him that I owe him. In my mind I meant I’d pay him back. That’s when he asked for pictures.” Anna sent Sanchez several naked picture of herself, she said. He asked her for more pictures, making comments about how she’d look in thigh-high socks—something he also said to Penelope, according to screenshots of their conversations.

“After that, our conversations kind of faded,” Anna told me.

At the same time, Sanchez was talking to Penelope, the 15-year-old fan. Penelope is turning down interview requests; however, she put out a public statement detailing her relationship with Sanchez, which, as she described it, “started getting sexual very quickly.” According to two of her friends, it appears Sanchez knowingly pursued a relationship with a girl he knew was underage and enamoured of his fame.

Penelope, a high school first year, was a part of an Overwatch League fan group. When Sanchez followed her on Twitter in early February, she said in her statement, she was “flattered.” Her friends wanted to chat with the player, too, and added him to a group chat that, according to two sources, encompassed a half dozen other underage girls. Penelope’s friend Lindsay*, who was in the group chat, told me, “It was cool to be friends with a professional, and he seemed like a great guy,” but added, “He did start making inappropriate discussion, but I wrote it off as joking and him not knowing how to socialise …. It was like any time he had the chance to say something sexual, he would.” 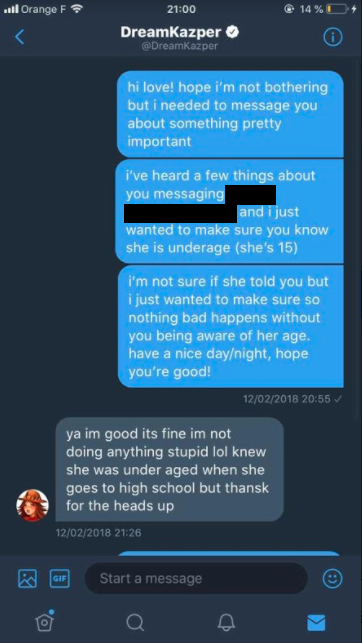 A screenshot of a conversation between Penelope’s friend and Sanchez.

One friend informed Sanchez that Penelope was 15, according to screenshots of their conversation. Sanchez responded, “Its fine im not doing anything stupid lol.”

Screenshots of conversations between Penelope and Sanchez show their relationship to have been romantic and sexual in nature. “Call me sugar daddy dream,” Sanchez wrote to her on 14 February. “I thought you were a model when I first saw you,” he said later that day—an endearment echoed in messages to Anna. Penelope alleged in her statement and in subsequent tweets that she sent Sanchez naked photos of herself, and that he sent some of his own in return. In the US state of California, coercing a minor into sending child pornography is punishable with a felony.

Penelope’s friends helped make her allegations public Sunday evening. Anna saw them linked in a reply to Blizzard’s official statement about Sanchez’s suspension from the Boston Uprising. After reading through Penelope’s statement, Anna said, “I was so, so shocked. It was hard to breathe.” Anna noticed that Sanchez had sent her many of the same pictures and compliments he’d sent Penelope.

“The other girl was only 14—I can’t even imagine how it feels for her—and the girlfriend on top of that, it felt insane,” Anna said.

* Not their real names.