We Discuss the Best and Worst Overwatch Maps

Cecilia D’Anastasio: Hello to hopeless Overwatch fiends and casuals alike. We’re here to talk about Overwatch maps, the first thing you see in Overwatch’s competitive mode before you emit a heaving, sad sigh. Why? Because Blizzard recently polled 17,000 fans about their favourite map. Eric, did the outcome surprise you?

Eric Van Allen: Hell no, King’s Row is the greatest. I am a staunch advocate of King’s Row as one of the best maps in Overwatch.

Nathan Grayson: I agree that, objectively, King’s Row is probably the best map in Overwatch. Not my personal favourite, but in terms of design and use of space, it’s pretty masterful.

Cecilia: Okay, I guess we’re done here. Guys, come on. Kings Row is the most boring map in the entirety of Overwatch, and the exact model for Blizzard World, the actual worst map. 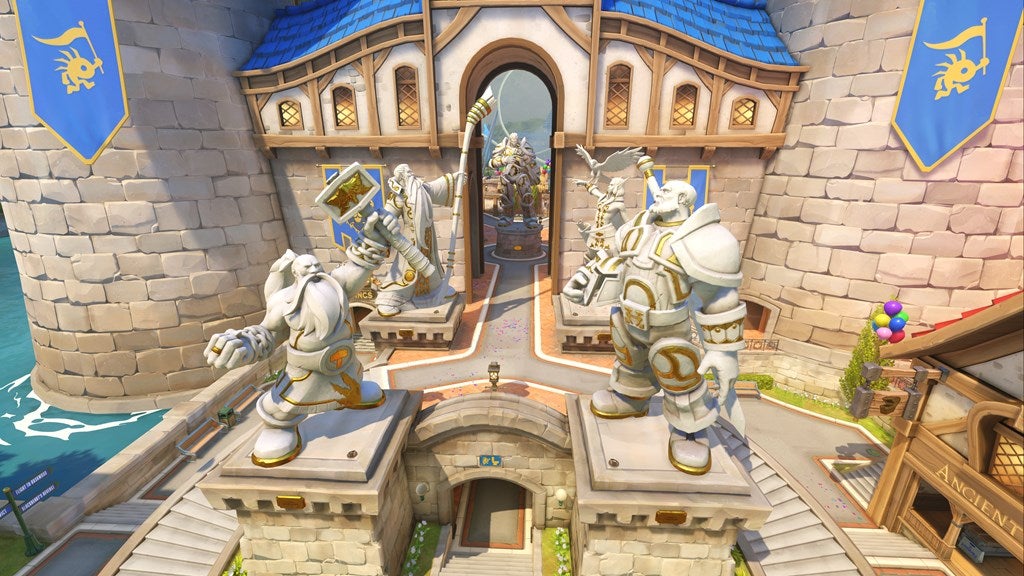 Eric: It being ‘boring’ is good though! It doesn’t lend itself too heavily to any one strategy. It has great sight lines for snipers, but plenty of cover to dart between. Chokepoints are there for the defence, but they’re surmountable and have clever routes around, like the balcony at the first point’s choke. It excels because it’s standard, it doesn’t try to “do” a certain thing. In my view, it’s the consummate Overwatch map. It is the best map for Overwatch to take place in.

Nathan: Yeah, it’s kinda like how Dust is the best Counter-Strike: Global Offensive map. Not a thrilling location or an aesthetic work of art, but a solid, if unambitious piece of design.

Cecilia: That’s not what “best” means. You’re saying that, like, mum’s meatloaf is the “best” food because it’s the most emblematic of mum. Tell me one fun way to get around King’s Row’s choke point.

Eric: I’m saying the map itself rarely gets in the way of the gameplay, and doesn’t discourage any player from doing what they want to do. On that first choke point, it’s great to play someone like Tracer and zip from the balcony over, take the stairs up and instantly be flanking the defence.

Cecilia: That’s true—it doesn’t get in the way of gameplay. But I don’t think that’s a good thing. I can’t count how many times I, as Reinhardt, have held my shield up while my team throws grenades at the enemy Reinhardt’s shield that’s blocking the chokepoint. It never feels kinetic until you toss in a D.va bomb or get a tonne of successful flanks. 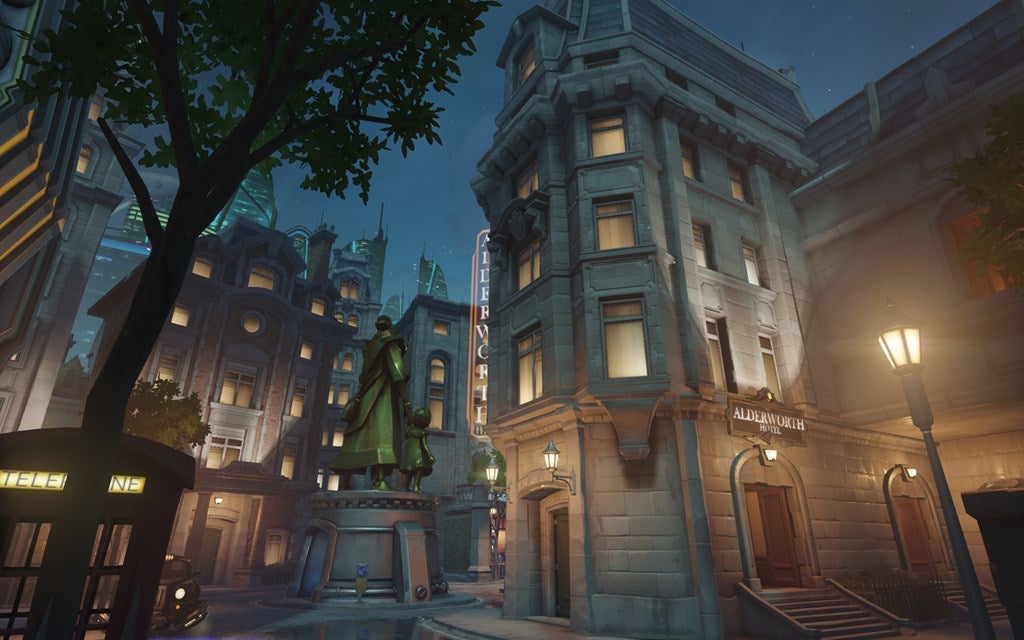 Nathan: Yeah, you can also launch yourself over the wall as Junkrat or lob rockets as Pharah while still having functional cover behind the statue. You’ve got options, all of which are pretty fun. It’s one of the only maps where I don’t get pissed off when my team gets full-held, because even up to the bitter end, I still feel like we can try something new.

Eric: I’m interested to hear what y’all's favourites are, if not King’s Row. Certainly not Blizzard World, right?

Cecilia: Blizzard World feels like a reskin of King’s Row, so I’m curious why you don’t like it!

Nathan: Blizzard World feels like Blizzard learned all the wrong lessons from King’s Row. It’s what would happen if King’s Row was bad. Tonnes of wasted space, chokes that are insurmountable unless you use a few select strats, a second point push that’s dull as heck—I could go on.

Eric: It’s filled with side rooms full of Blizzard nostalgia that don’t add anything to the map itself. It’s a gorgeous map, but it does little for me once I’m actually playing.

Nathan: The only thing I like about it—the one thing—is that there’s an amazing D.va bomb spot when you’re walking to the first point from the defender’s spawn. You can launch her mech right onto the point from just outside the entrance to that section of the map. And it owns.

Cecilia: Oooooo, that does own. Honestly, my heart will never be stolen by a hybrid payload/control point map. I love that pure control point shit.

Cecilia: It’s true. The movement of my character in these spaces is so different. Circular. Swervy. It’s never two dimensional—always three.

Eric: I will say, one of my absolute favourite maps is Ilios. I have never loved playing Overwatch as much as when I Orisa-vacuumed a team into the well.

Nathan: Yeah, it’s a good mix of functional design and wacky environmental kill opportunities. Boops and hooks. Boops and hooks for days. Oh man, y’all remember that clip of somebody yanking an enemy D.Va bomb down into the well with a Roadhog hook? And like, falling in with the D.Va bomb?

Eric: I love that Ilios makes interactions like that really shine.

Cecilia: Yes. That was gorgeous. I think that’s an instance where the map didn’t interfere with gameplay, but inspired a cool strategy. Same with The Boops. The fear of Boop makes everyone play tighter on Ilios. That makes interactions often more chaotic and fun.

Eric: One map I’m surprised is so high [on Blizzard’s poll results] is Hanamura. I know Volskaya is one of the more generally disliked maps, but I don’t dig Hanamura for basically the same reasons.

Nathan: Yeah, I hate Hanamura. Its rhythm is too stop-and-go, and neither point is particularly fun to take. In both cases, you just feel relief afterward, like “thank god that’s over.”

Cecilia: I didn’t think I’d agree with you there, but you voiced something that I had kind of only felt before.

Eric: Also, it just has one thing that bothers the hell out of me: those giant doors. Why are they always just cracked a smidge? You’ve got Reinhardt and Roadhog, fling those bad boys open! 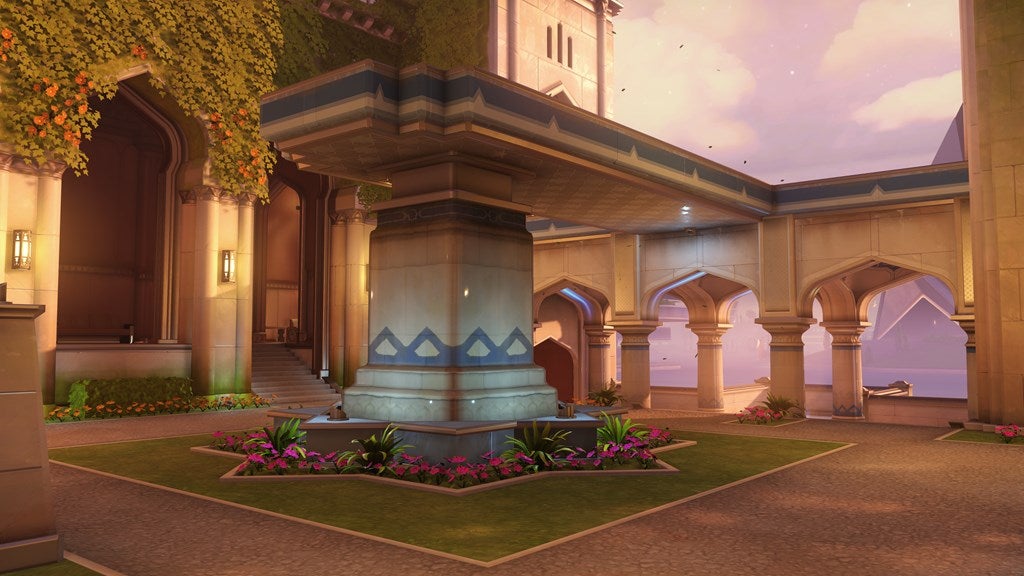 Cecilia: Hahaha. Well, the map that gets me riled up is Oasis. First of all—that intro music. It’s gorgeous. It’s like some swelling swings movie climax shit. The colour scheme—greens, golds—is superb. And I just love the twirling, tornado-esque gameplay it inspires, plus its verticality.

Nathan: And it’s great for Roadhogs.

Cecilia: Nathan! I play lots of other heroes!

Eric: Open doors! But yes, I think a general rule for good Overwatch maps is that they need to highlight what the heroes do and how they can interact. Maps with interesting ways for heroes to manoeuvre and take advantage of their skill set work, while more cookie-cutter maps don’t do as much for me.

Cecilia: So, what’s your stance on Route 66? That one’s pretty controversial in that regard.

Eric: I really dig Route 66, but a lot of that is the aesthetic. I never really know whether I love or hate the final point of that map.

Nathan: I know for sure that I hate the final point. If you can pretty much guarantee that a team will win after they’ve pushed past the second point, your third point is bad. I like the first point on Route 66 a tonne, though. The start of the map is so weird, and then it opens up into this area with tonnes of cool verticality, as well as space for harassers like Tracer and Sombra to shine.

Cecilia: I want to hear about maps you guys changed your minds on. For example, I used to hate Junkertown. Then I started playing tonnes of Bastion and I love it. 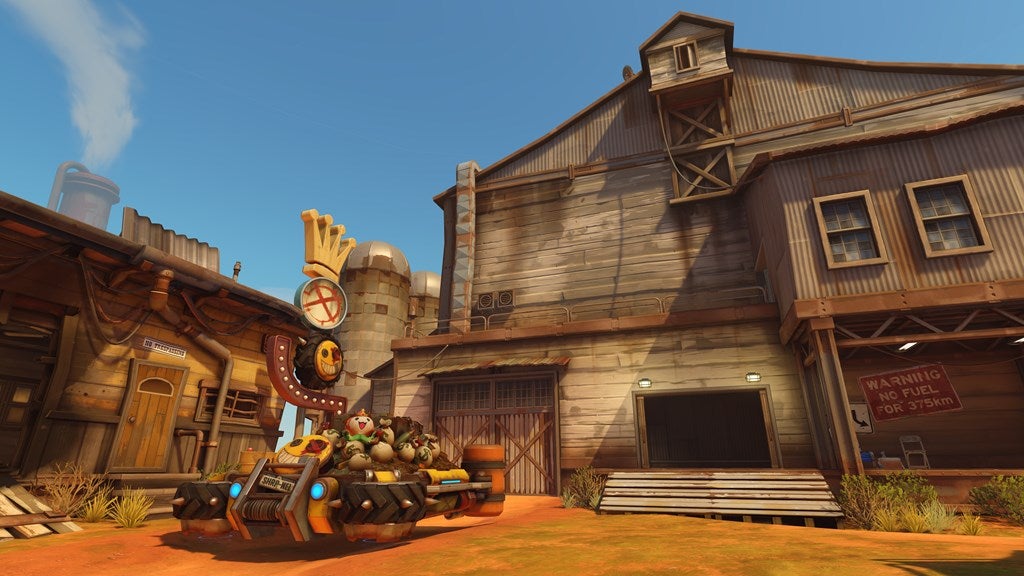 Nathan: Same! Except the Bastion part. So Junkertown, I think, is my favourite map.

Cecilia: Woah! Only you and 3% of the people who voted in the Blizzard poll.

Nathan: I like playing characters that can sneak around and be crafty. Junkertown is paradise for that.

Cecilia: Yeah, but lots of people hate that flanky spread on Junkertown. Why do you think it works?

Nathan: There are a few too many rooms, but it mostly strikes a good balance between payload-pushing space and cool little corridors to hide in.

Eric: The last point of Junkertown is really fun to play as Junkrat, just saying.

Nathan: Yeah, I pretty much insta-lock Junkrat on Junkertown these days. The map winds like crazy, too, so you can set up tricky RIP-Tires and things like that off line of sight.

Eric: I think another one that’s always been weird for me is Horizon. I’m still never quite sure what to make of it.

Cecilia: Oh! I have a solution to this one! My Overwatch buddies and I were watching New York Excelsior on that map one day and, on attack, they picked four tanks, plus Lucio and Moira. We were like, What is this madness!. But then, we tried it out one day. It works beautifully. I’ve never seen that work well anywhere else except maybe Temple of Anubis. Really fascinating that a map can breed such a wild strategy. 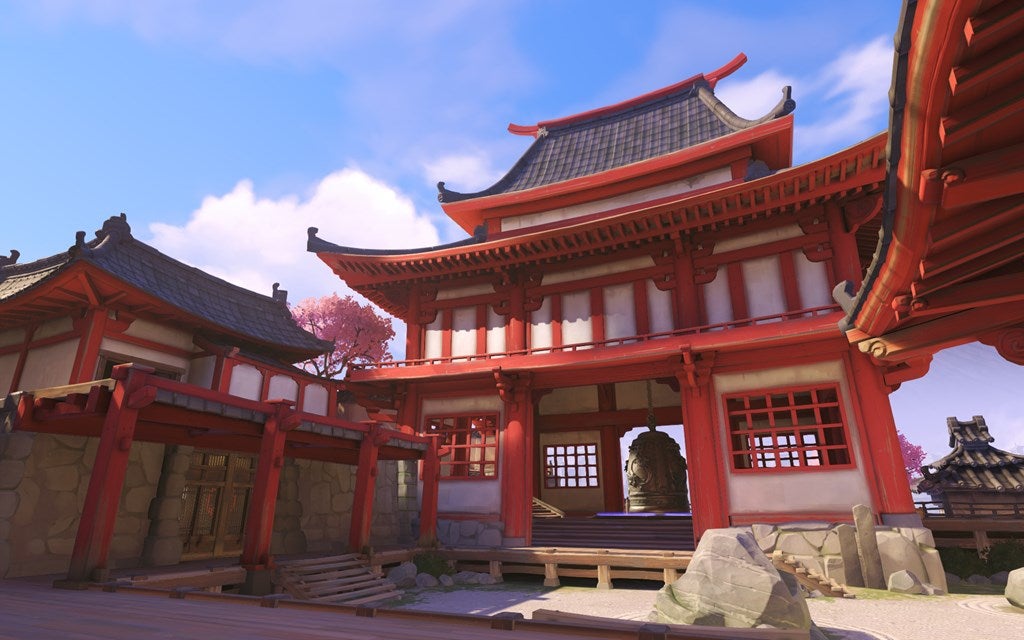 Eric: It’s cool, I just don’t feel like there are a lot of ways to attack the objective besides barrelling at it face-first. Which is probably why the tank thing works so well.

Nathan: The points on Horizon are super confined, so it makes sense that Tons O’ Tanks—a strat that generally works well for control points—works super well on Horizon. And yeah, it’s a map where Moira really shines, thanks to all those tight spaces and walls. She can just bounce healing orbs everywhere and spray Definitely Not Urine on her allies all the while. Her ult is killer on that first point, too.

Eric: Moira is really just great, all around. So maybe that’s our ultimate takeaway: Make Maps For Moira.

Cecilia: Moira’s map is every map.

Cecilia: Please. I think that’s it for us! Thanks for tuning in. Remember to smash that “Like” button.