In a striking departure from history, Assassin’s Creed: Origins’ Discovery Tour mode replaces any nipples or genitalia with sea shells. There was no nudity in Ancient Egypt, it appears.

Take the Serapeum of Alexandria, a Greek temple which once stood in tribute to Serapis, the Greco-Egyptian deity of the Sun. In tour mode, you can visit this historic site and see it recreated as it might have looked during the first century BCE. Its perimeter is adorned with several statues of bare-chested women, as it was in real life. But in Ubisoft’s recreation the nipples on the statues are covered with sea shells. It looks a bit like Little Mermaid cosplay. 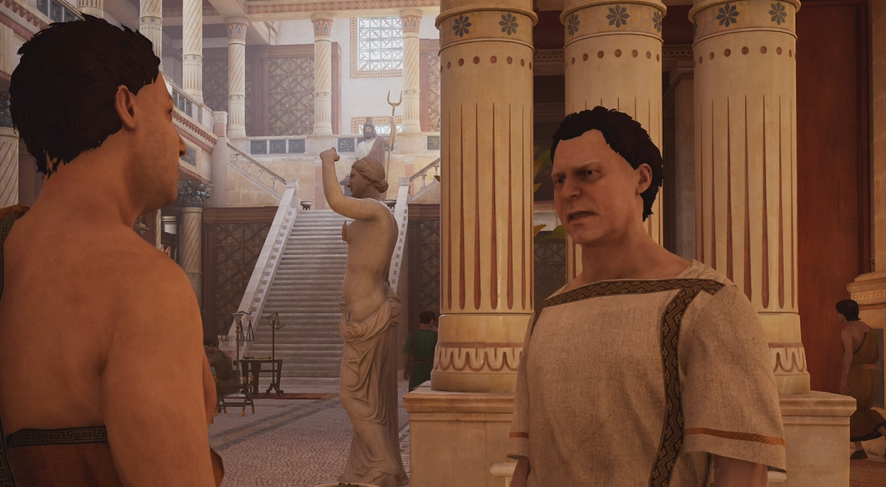 Rock, Paper, Shotgun pointed out the bizarre bit of censorship earlier today. Tour mode also censors statues’ genitals, covering penises with seashells as well. But as USgamer reported, the censorship does not extend to paintings and photographs with nudes included in the tour. So while the statues lining the front of the Library of Alexandria have been covered up, the less scintillating renderings of mummified bodies are left in their natural state.

“Discovery Tour was created to offer the maximum amount of people from various ages and cultural backgrounds the ability to visit the long lost world of Ancient Egypt and learn about its history,” Ubisoft told Kotaku in a statement. “We worked hand in hand with educators and academic institutions to tailor the content to be suited for every audience, including younger students, taking into account cultural sensitivities that can be different from one country to another.” 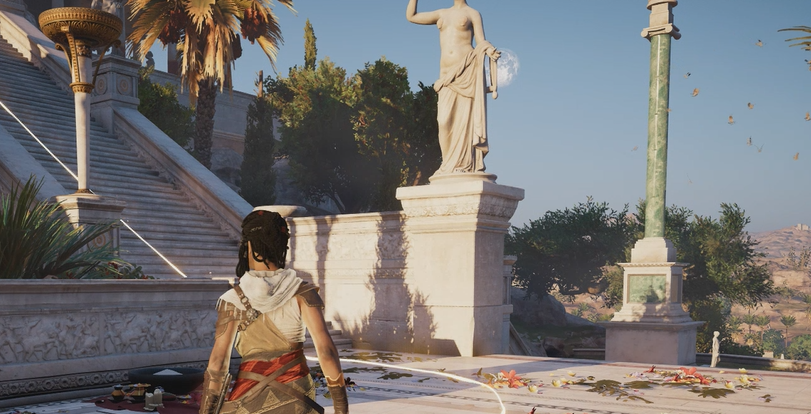 This reasoning also makes sense given that nudity is treated differently throughout the world, including modern Egypt, where the game takes place. Last autumn, Belgian model Marisa Papen was temporarily arrested after doing a nude photo shoot using the Pyramids as a backdrop.

It’s unclear whether Ubisoft could have released different versions of the mode depending on which region players lived in.

As RPS pointed out, the entire thing’s not so different from when US Attorney General John Ashcroft spent thousands of dollars to have a statue in the Department of Justice Building covered because he was tired of being interviewed on camera in front of its nipples. Or better yet, when in an episode of Spongebob Squidward accidently made an exact replica of Michelangelo’s David but with a sea shell over its dick.