After nearly two months out of action in the wake of an on-stream confession of infidelity to his wife, popular streamer Dr Disrespect returned to Twitch today. In the process, he pulled in hundreds of thousands of viewers, thousands of dollars in donations, as well as a chat that vomited memes with rabid excitement. He also made references to his wife, though she did not physically appear on stream.

In the end, however, he fell short of breaking the record for most concurrent viewers of a single streamer. The record, held by “reformed” League of Legends streamer Tyler1, stands at over 400,000 concurrent viewers. The Doc came close, peaking at 389,000 concurrents shortly after winning a PUBG chicken dinner in his first game back. The game went almost comically well for him, with a crate falling from the sky and landing right in front of him at one point. “This is not a scripted game,” he said, laughing.

Dr Disrespect’s return was hotly anticipated. In 2017, the character, played by former game developer Guy Beahm, skyrocketed in popularity, to the point that his repeated claim of being “the face of Twitch” may not entirely be bullshit. Before today’s stream began, Twitch went down, something many viewers and outlets are attributing solely to Dr Disrespect’s popularity. That explanation seems unlikely, however, given that Twitch’s Amazon-reinforced servers often host esports events that draw this many viewers or more. That said, a similar thing happened when Tyler1 returned, so Dr Disrespect’s sudden surge of viewers could’ve played a role in Twitch’s belly flop.

After a drawn-out intro, the stream was largely business as usual, but with Doc leaning heavily into character-driven gimmicks like Robo Doc—where a robotic alter ego takes over the stream—and brief phone conversations with his wife, whose in-character name is Mrs Assassin. She’s always been a presence on the stream, but her appearance in the trailer teasing Dr Disrespect’s return suggested that she might take on a more prominent role this time around. The fake phone calls could be building to something, or they might just be another gimmick. We’ll see.

Later in the stream, somebody asked Doc how things are going with Mrs Assassin. “It’s a learning process,” he replied. “It’s a rebuilding process. It’s a strengthening process. It’s like this, right? As we mature, as we increase our knowledge about each other as individuals and a group, we’re starting to understand some things.” 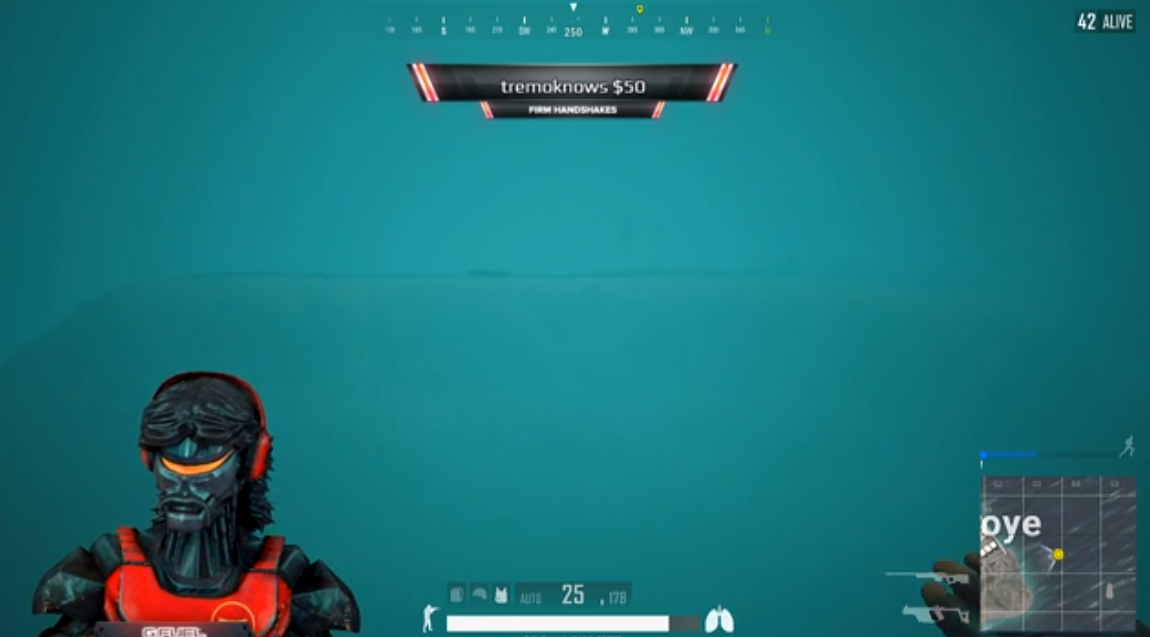 The only other reference he made to the circumstances that led to his extended hiatus, at least so far, was indirect. Dr Disrespect mentioned that he’s not having flesh-and-blood human beings moderate his stream anymore, instead opting to let bot mods—usually a supplement to human moderators—bear the weight of his hundreds of thousands-strong audience. “My mods were the best mods, and maybe in time we’ll introduce a few back, but for some reason, we like the challenge,” he said. This is noteworthy because one of Doc’s mods ended up divulging details about his infidelity during a stream a few days after Doc’s public confession.

During today’s stream, Doc also shout-casted himself, which was legitimately funny, and made insensitive jokes at the expense of a couple non-English speaking groups, which was, you know, not. Pretty much all of Doc’s greatest hits were on show, from that weird tongue thing he does to frequent, boisterous complaints about how terrible of a game PUBG is. “This game has not improved at all,” he seethed after a quick death near the beginning of a match. “The numbers show it. It’s a joke.”

Money flowed freely, with multiple $500 (£358) fan donations and an eye-popping $5,000 (£3,580) donation prompting Doc to shout “ARE YOU KIDDING ME” at the top of his lungs. It continues a trend that’s all but taken over YouTube and is seeping its way into Twitch: there’s monetary benefit to drama and so-called “reformation.” These big returns catapult people like Tyler1 and now Dr Disrespect to greater levels of notoriety (and profitability) than ever before.

Last time we saw Dr Disrespect, he was out of character and visibly in tears. Today, however, he’s been nothing but bravado.

“2018, if I could talk to you about all the under-NDA deals I’m working on right now, well I’d probably end up in court and have to pay a lot of money to all these high-end corporations,” he said during the stream. “That said, 2018—oh my god. I’m excited.”