Goblin Fights in D&D Are the Worst

For four decades, players have dutifully sacrificed a large portion of their Dungeons &Dragons games to take turns hitting a goblin with a broadsword. It’s time for us to release ourselves from the thousands of collective hours we’ve spent on D&D’s most tedious chore. Let’s kill off the goblin fight—or at least make them mean something.

Here’s something I’m betting a lot of D&D players are scared to admit: Fighting goblin gangs sucks and it always has. And yet, almost every D&D adventure is chock-full of these banal squabbles, impossible to avoid and almost as difficult to stay awake through. Fuck goblin fights.

The goblins appear, as they always do, in tattered clothes and with knives or maybe little shortbows. They are small, green and pointy-toothed. In a moment, they surround your party. They want to fight you. And it’s for a good reason:

After muttering something incomprehensible, the goblins draw their weapons and your party is obliged to draw theirs. Here’s how that goes:

A player: “I hit it with my broadsword. It hits. I do five damage.”

A player: “I cast magic missile at it. It does seven damage.”

Dungeon master: “A goblin tries to hit you with its knife but misses.”

Dungeon master: “A goblin tries to hit you with its knife. It hits. It does four damage.”

Repeat ad nauseum until, huzzah!, the goblins have died. Your dungeon master, who is curating this riveting encounter, informs you that have been awarded some experience points. Your party licks their wounds and continues on their journey.

Here’s the thing: Goblins are stupid. Everything D&D has written about goblins indicates they’re a small step above common alley rats in intelligence. That’s why nobody ever feels bad massacring them. That’s also why fighting them is boring as hell. They’re gonna try to stab you with something or they’re gonna run away to a cave. They’re not about to pull some tricksy maneuver that forces players to puzzle-solve, because that’s above their pay grade. Their dumb fighting methods also means it’s a waste to do anything epic in return—Don’t waste your cool “Fireball” spell on these guys or you won’t have it later when you’re fighting the lich king! Isn’t entering “rage” mode kind of overkill? 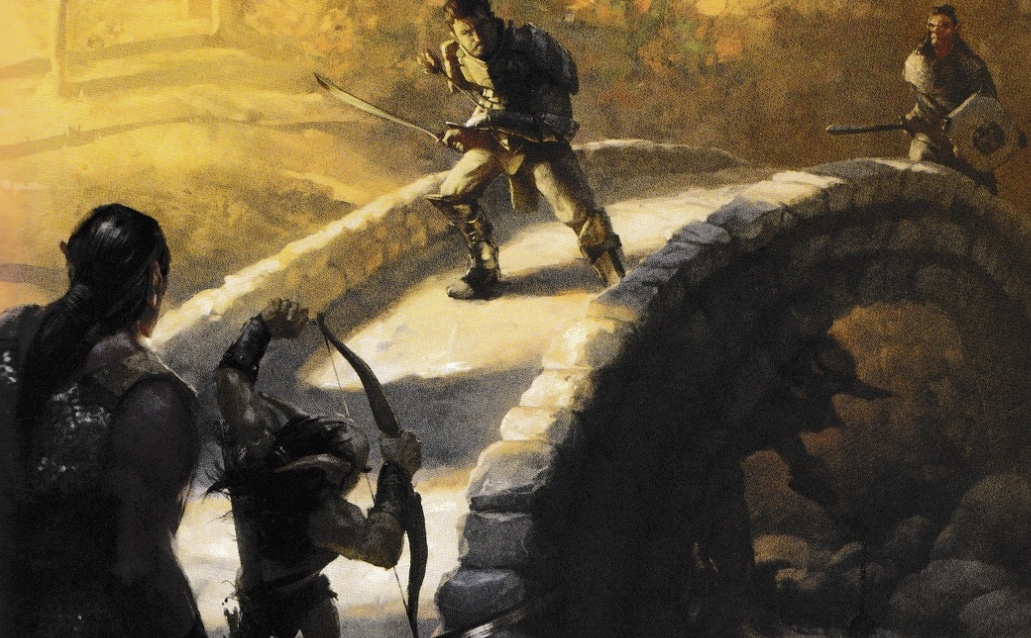 Wizards of the Coast

Goblin fights also highlight a source of great frustration for me as a Dungeon Master: the initiative mechanic. Before combat happens, players roll dice to determine the order in which they and monsters attack each other. It breaks down fights second-by-second and gives everyone a chance to shine. If players are pulling off the combat strategy equivalent of a ballet, D&D’s initiative rules offers structure for some crazy ideas. It can also make fighting cannon fodder enemies feel like standing in a school dinner queue.

But Kotaku, a D&D player might ask, with what am I to replace D&D’s most cliched combat encounter? How am I supposed to break up long periods of players developing their characters, puzzle-solving, discovering lore and fighting magical monsters?

I have a solution: combine the cliched combat encounter with any of those other things. Maybe two members of the goblin horde fell into a lovers’ quarrel on their way to ambush players. Perhaps the goblins stole traps from a more civilised culture and laid them out for players. If you’re feeling crazy, reveal details about the goblin caste system that might make players empathetic.

Whatever you decide to do, let’s all finally agree that there’s no reason to waste a drab hour knocking together goblin heads in a game whose sole purpose is to be entertaining.