Overwatch's Doomfist Kind of Sucks, So Thank Goodness For Patches

Five months after his release, it turns out that Overwatch’s villainous, terrifying hero Doomfist kind of sucks. Barely anybody wants to play him competitively and, frankly, that makes sense: His beat-em-up playstyle doesn’t feel like a great fit for Overwatch’s cartoonish first-person shooter world.

On Wednesday, Blizzard finally announced that they’re tweaking the hero so, hopefully, he’ll attract more fans. With that in mind, it’s worth considering why, in recent months, Doomfist has proven ineffective and unappealing.

Doomfist sounds like he belongs in a 1980s fighting game and plays like he does, too. His playstyle can best be summed up as “The best defence is a helter-skelter offence.” A highly mobile frontline fighter with an uppercut jab and a “seismic slam” punch, he can’t take down enemies from mid or long-range, so his style is up close and personal. He’s also only got 250 health. Facing off against a Doomfist is like swatting at one of those annoying killer wasps. His moves do some serious damage—if they hit—and if they don’t, he’s just one short combo away from dying (and switching off to Genji).

Since August, Doomfist’s pick rate has plummeted, according to stats obtained by OverBuff. It remains a fraction of his offensive peers’ in Overwatch’s PC competitive mode, and is lower than even the butt-of-the-joke defense hero Torbjorn’s. In competitive mode, picking Doomfist has often led to the verbal equivalent of side-eyes or, alternatively, very adamant protestations.

Overwatch Principal Designer Geoff Goodman has now published a list of four fixes that will be implemented in the coming weeks, three things Blizzard is still working on, and two things they’re still investigating. A major thing is making it easier to grab more damage off a punch that slams an opponent into a wall. 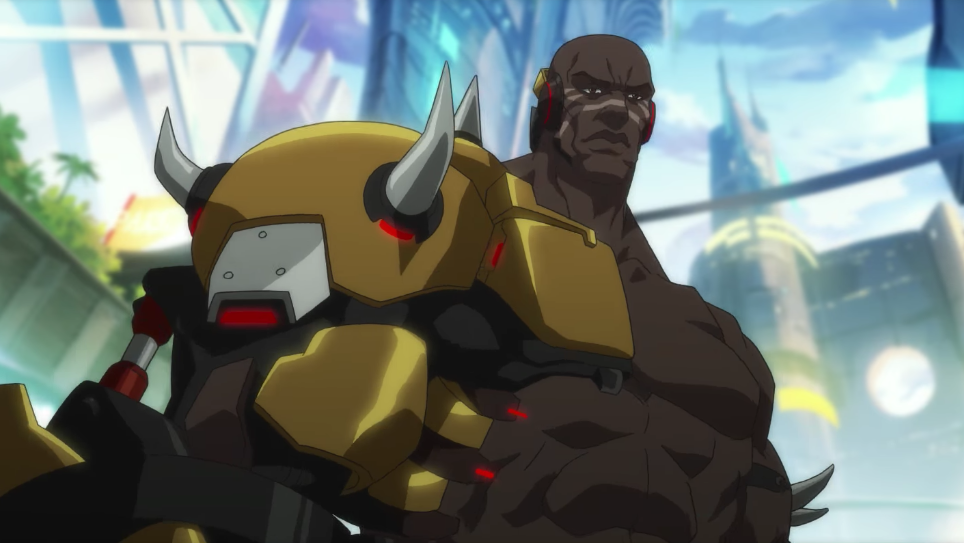 Why is Doomfist the figurative wallflower of Overwatch? Like with a lot of Overwatch characters considered “bad,” lots of people just don’t play Doomfist well. It makes sense because he’s really hard to understand. His gauntlets ask for a different kind of strategy than his shooty, laser-y peers'. The cooldowns on his moves leave him pretty vulnerable, since he’s so squishy. If he targets an enemy, he’d better either kill them or have an escape move handy. Players have to thoughtfully stack his abilities together in considered combos with the intention to kill an immediate threat or get the hell out of dodge. They also have to think about their environment, since one of his moves does a lot more damage with wall impact. Generally, from what I’ve seen, players aren’t planning out all this stuff on the fly.

Sure, there have been some great Doomfist plays, but they’re a minority. I have personally encountered very few threatening Doomfists. That’s partly because damage-dealing Overwatch heroes are very difficult to master, despite how often (and how quickly) teammates seem to pick them. It’s also because Doomfist is the epitome of a high-risk, high-reward hero. And it’s also because he’s just a silly character. I’ve dodged a lot of Doomfists’ blows, only for them to notice they don’t have an escape move on-hand. When they try to run away, I’ll just level them with two hits. (Heroes with less HP might feel a little more threatened if they aren’t mobile.)

Also hampering Doomfist players are the series of nerfs and tweaks that have been applied to him since his original appearance in July. Namely, his fists’ hitboxes shrunk. Just last week, a Redditor compiled a list of 18 alleged bugs across four of Doomfist’s skills alongside dozens of examples. It got a tonne of traction, with 36,000 up-votes on the Overwatch subreddit.

The truth of the Doomfist gauntlet is this: He’s a fighting game-style hero in a first-person shooter. I won’t be shocked if Blizzard manages to get him right, since they have a great track record balancing Overwatch’s increasingly complicated cast of heroes. Players’ difficulties groking what makes him work speaks more to our expectations of what playstyles thrive in certain genres and less to Blizzard’s risky character design. Hopefully, soon enough, Doomfist will act as intimidating as he looks.