Dear Video Games: Please Stop Immediately Telling Me What to Do

The original Super Mario Bros., which was a pretty well-liked video game, didn’t tell players the button commands for climbing up vines. It certainly didn’t pause to tell them how to jump on the turtles or remind them that they could enter a big green pipe if they’d like to.

I’ve been playing some of the year’s biggest games lately, and I’m flummoxed as to why so many of them have been designed to tell me exactly what to do before giving me a second to try to figure things out myself. It’s getting annoying.

In Warner Bros.’ Middle-Earth: Shadow of War, you can’t even try to fight new enemies the first time they appear before the game pauses to tell you how to kill them. 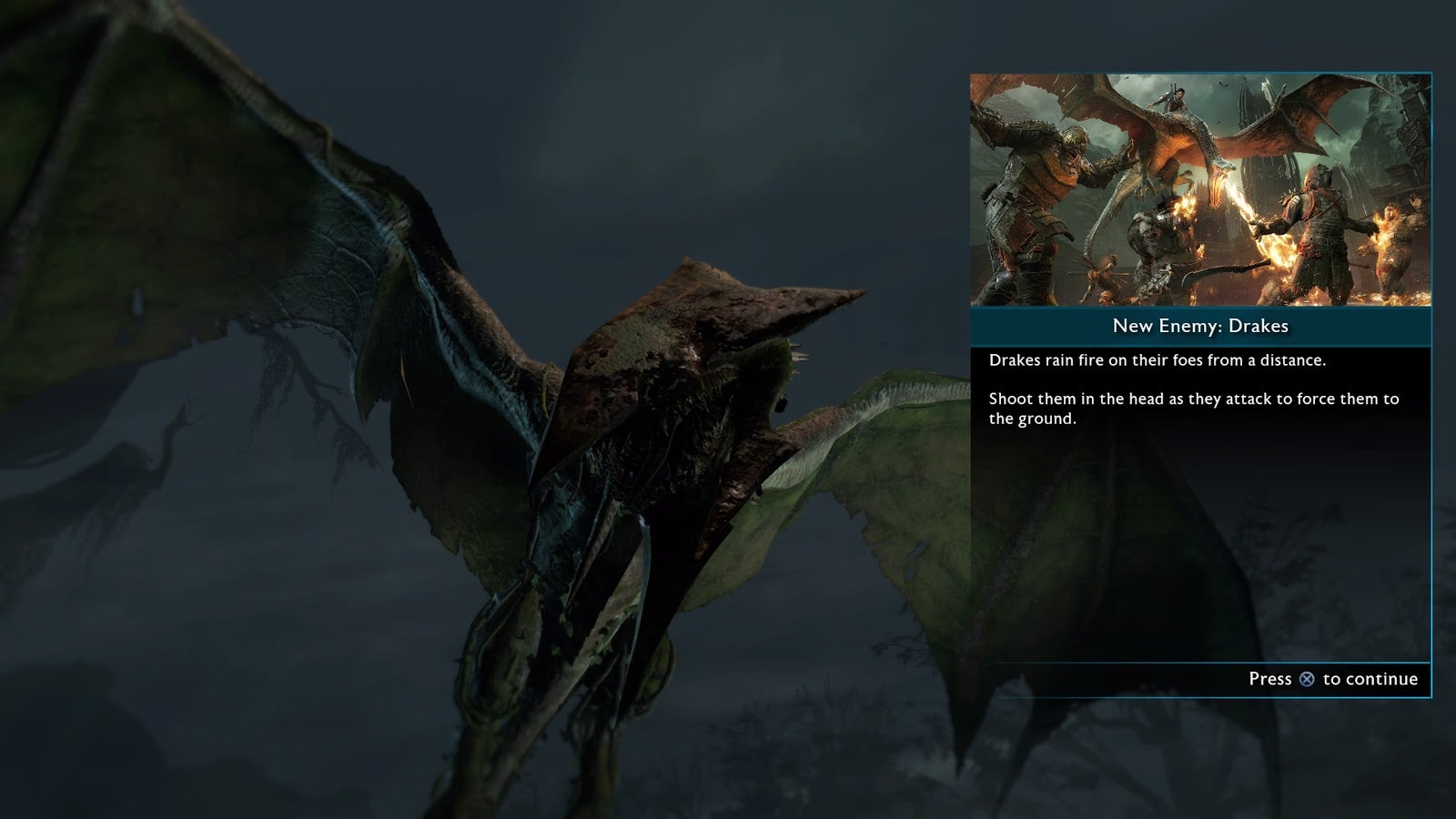 You can’t fight a Drake in Shadow of War before a game tells you how to beat it. 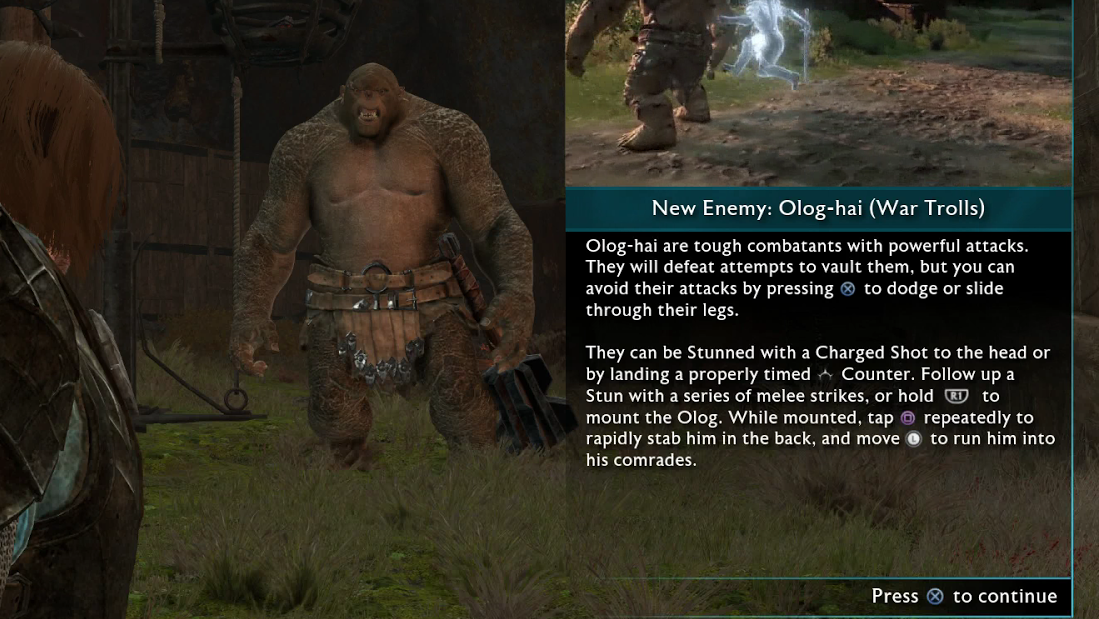 A zoom in Shadow of War’s extensive tutorial that appears when you first encounter a War Troll. Sorry if you were hoping to figure out how to beat the troll on your own.

Shadow of War’s options menu does provide the option to turn off “combat hints,” though the explanation for that setting indicates that “turning this off will remove all combat tips that appear in the center of the screen.” It doesn’t seem to pertain to these premature walkthroughs of how to beat the next new beast.

Ubisoft’s Assassin’s Creed Origins refrains from explaining many of its subtler systems (for example, how to put a crowd of enemies out of commission with one sleep dart). It nevertheless can’t shut up with helpful reminders when you’re exploring what is supposed to be a puzzling pyramid, offering more unasked-for advice than the most enthusiastic backseat driver. Can one game give three unnecessary “reminder”s in 30 seconds? Yes, it can.

It’s unclear what triggers those Assassin’s Creed tips. They don’t show up every time you visit the tomb, but my issue is not so much that the game has tips but rather the immediacy with which they appear. You can’t enjoy a moment of darkness before you’re being reminded to pull out a torch. You’ve just gotten to the crack in the wall when it’s reminding you that you can slide through the crack. There is no time to get this stuff wrong.

Even Nintendo treats its players like intuition-lacking dopes in their newest Mario game. While Super Mario Bros. players could be trusted to figure out how to climb up a vine, Super Mario Odyssey players are told how to do it the moment Mario’s gloves touch the stalk. 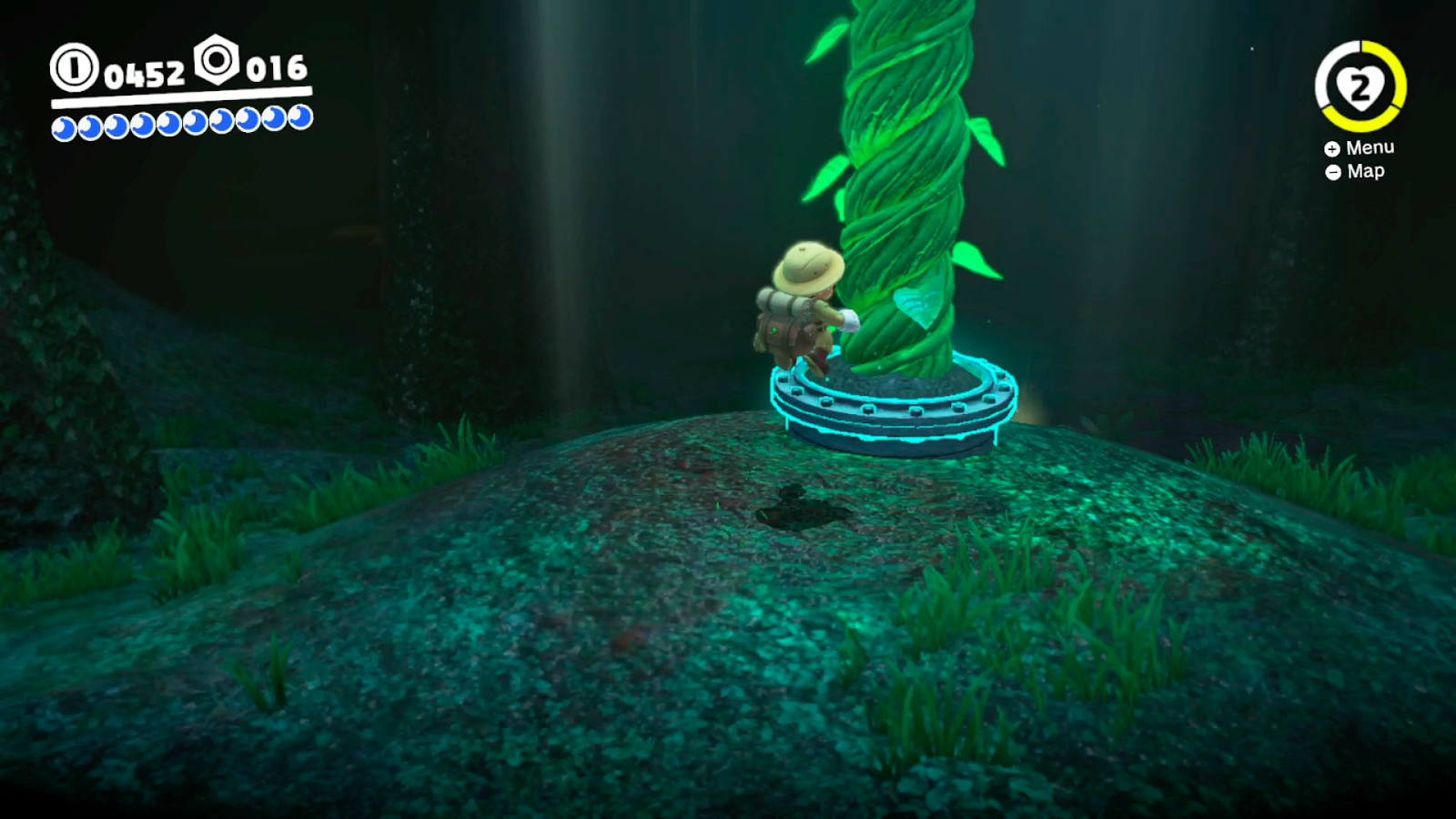 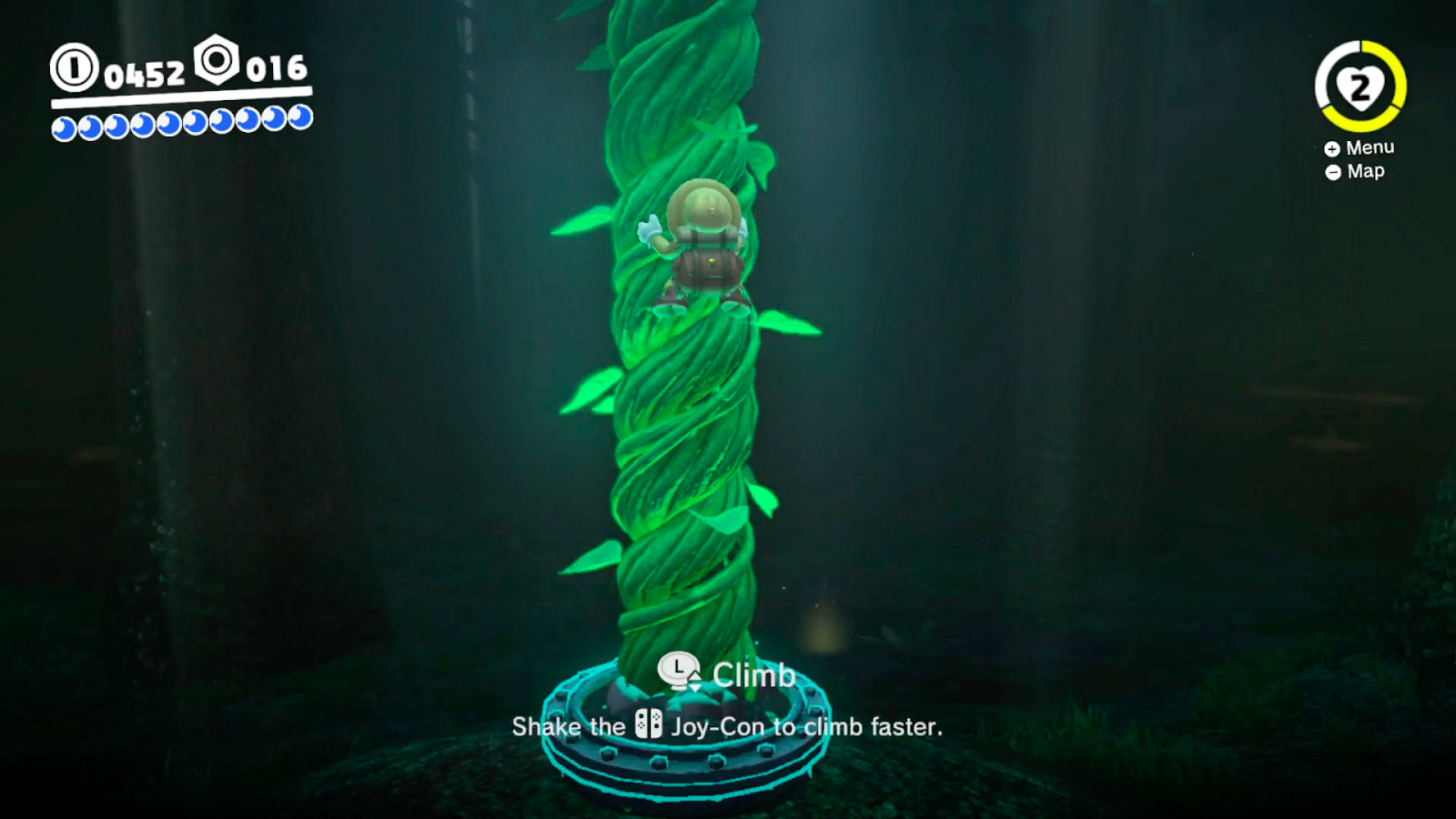 It’s tempting to compare those games to tougher games like Nioh and Dark Souls, both of which are stingier with tips and make opaqueness part of their allure. Perhaps my examples are simply a slate of mainstream games designed to appeal to average players, children among them, who need or expect constant instruction. But they’ve also been created with the assumption that they’ll be played by some very skilled people capable of doing some very difficult things. Odyssey, for example, is sprinkled with surprise rewards for players who use undocumented moves to reach barely reachable places. Unfortunately, this same Mario game, as with these others, hasn’t been programmed to give the average player even a second to do some of their most basic actions before reminding them of what to do.

In-game reminders can be handy. Anyone who plays games a lot knows the feeling of putting a game down for many days, picking it back up and needing a refresher on even the simplest of controls. It’s good that all of the games I mentioned contain the helpful kind of reminders that a lapsed player or a very young or confused player might need. It just would be nice, with all the processing power and programming potential out there, if these games could wait just a few moments before chiming in. Let players have a moment to try something before telling them exactly how it’s done. We can figure out a lot of this stuff ourselves, thank you.