“Welcome player. It’s a fucking video game. Get your stats ready,” Absolutely: A True Crime Story begins. Then it asks you to boost one of your starting character’s stats like strength, dexterity, or something called J3V. None of these stats matter: the browser game is just a random, nihilistic parody. But it’s funny, mostly because your character is named Keanu Reeves.

I made a short video game with @dualryan. It is the culmination of decades of growth of video games as a medium. It is about a real criminal named Keanu Reeves.https://t.co/5hgAo48esK

Absolutely: A True Crime Story is made by Davey Wreden, creator of The Beginner’s Guide and The Stanley Parable. Its description reads that it’s “a real story, about an actual criminal named Keanu Reeves,” but that’s where the connections to Keanu Reeves end unless I’m missing some especially subtle deep cut references to Keanu lore. The three to five minute RPG Maker project stars a sprite that doesn’t even look like Keanu. This, I suspect, was by design. Keanu is no one. He is also all of us.

At the beginning of the game, your character is accused of murder. To prove his innocence he tries recounting to the police what really happened. The truth as Keanu sees it consists mostly of selling drugs to kids and making small talk with the neighbours. Sometimes these conversations are funny, at least if you are broken inside like I am. Walking along the lone city block and occasionally stabbing people in short one-dimensional battles was as satisfyingly bleak and streamlined a deconstruction of JRPGs as I’ve come across. 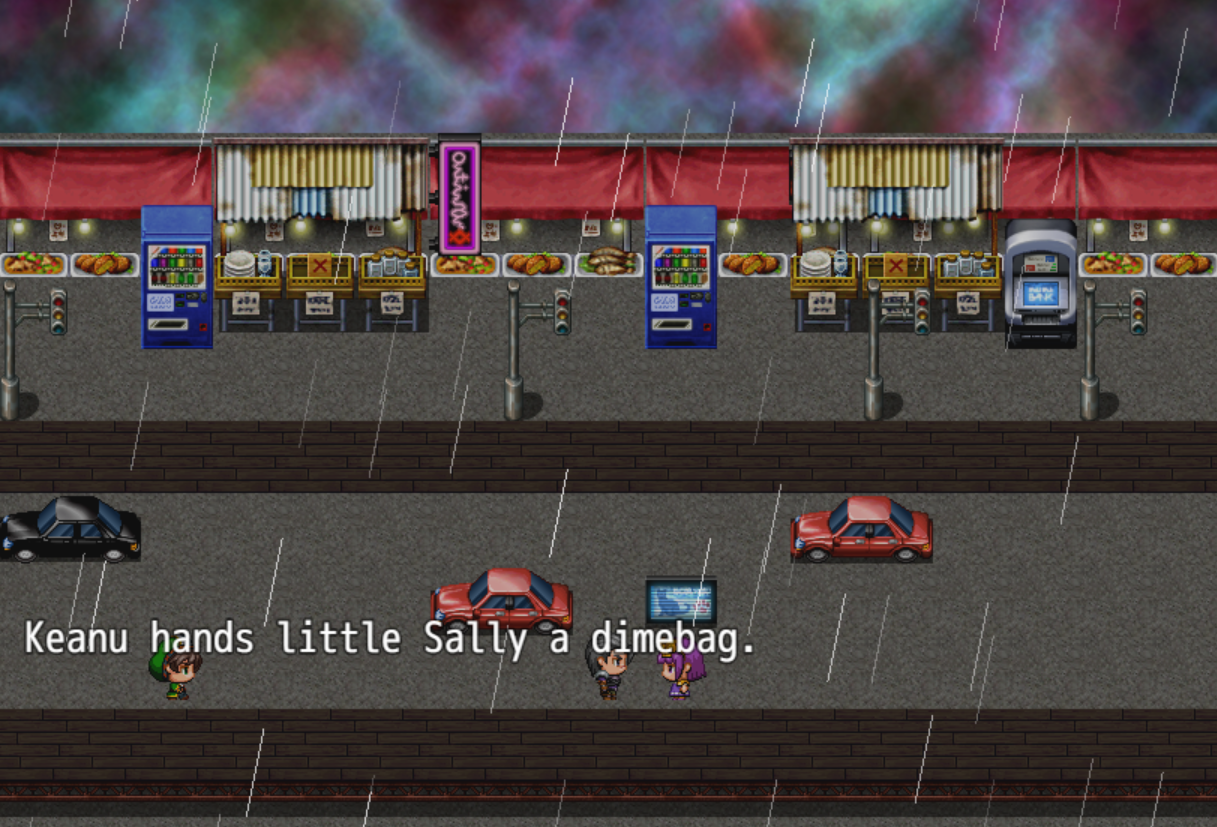 If you thought Davey Wreden’s previous games were funny, you’ll probably dig the grim absurdity of Absolutely: A True Crime Story. It’s not nearly as involved as those games, but it pushes some of the same buttons in only a hundred or so words of dialogue. Ryan Roth, who worked on Beginner’s Guide with Wreden and also did The Yawhg’s soundtrack, is the other half of the collaboration behind the game. I’m not sure if he put together the score but it’s a deadly serious one, because joke games only work if you treat them with the utmost care and sincerity.

The first time I played through Absolutely: A True Crime Story, I lost. The player definitely loses this game every time, but depending on your actions Keanu can avoid his fate of getting sent to the electric chair. Why are you stabbing people in this game? Or better yet, why is an RPG Maker sprite named Keanu stabbing people? Because game designers are cruel people and those were the only options afforded to him. The turn-based JRPG battle menus consist simply of things like “Stab,” “Magic Stab,” or “Don’t Stab Yet.” 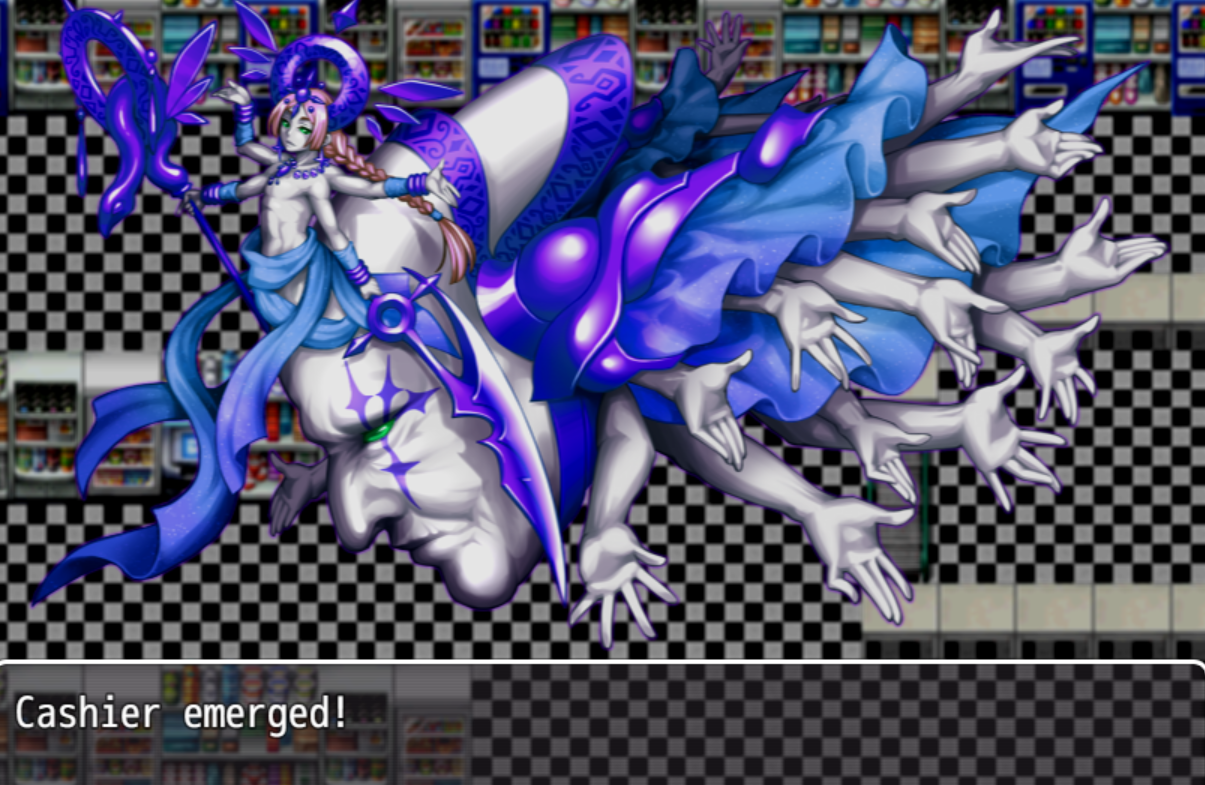 If you abhor the limits of these options and don’t feel like dishing out thousands of damage points to elaborate JRPG pixel portraits of innocent bystanders, this might not be the game for you. “Destiny claims yet another victim” is what the game says after every battle, and I don’t think it’s talking about the NPCs you just shived. Anyone who plays this game is a victim of having played this game.

The game’s epilogue concludes that “All of our dreams will die before they are realised,” and the game’s brevity bares that out. For a meaningless parody project, Absolutely: A True Crime Story does a great job of showing just how compelling purposelessness referentiality can be. I was genuinely a little disappointed when the the “game over” screen popped up. That’s possibly the weirdest thing of all about the game: despite all the nonsense, I’m ready to find out what happens to Keanu Reeves next.