Like a lot of the Easter eggs in Ghost Recon: Wildlands, the latest—about devil statues set deep into silver mines—comes from real life.

Wildlands is a tactical, third-person shooter that sends you deep into the Bolivian jungle to dismantle a powerful drug cartel. And at launch, I wrongly assumed Wildlands was just a collection of biomes and random buildings made to fake a Bolivian setting. I had no idea any of this would be real. Witches, llama corpses, and devil statues in the silver mines? How do these things fit into a Ghost Recon game?

When writing about the game’s previous Witch Easter egg, I used the power of the internet to learn that the game’s Witches’ Market in La Paz, Bolivia is actually based on a real place. Today a popular tourist attraction, Witches’ Market really does have llama foetuses hanging from its storefronts as a means of protection. 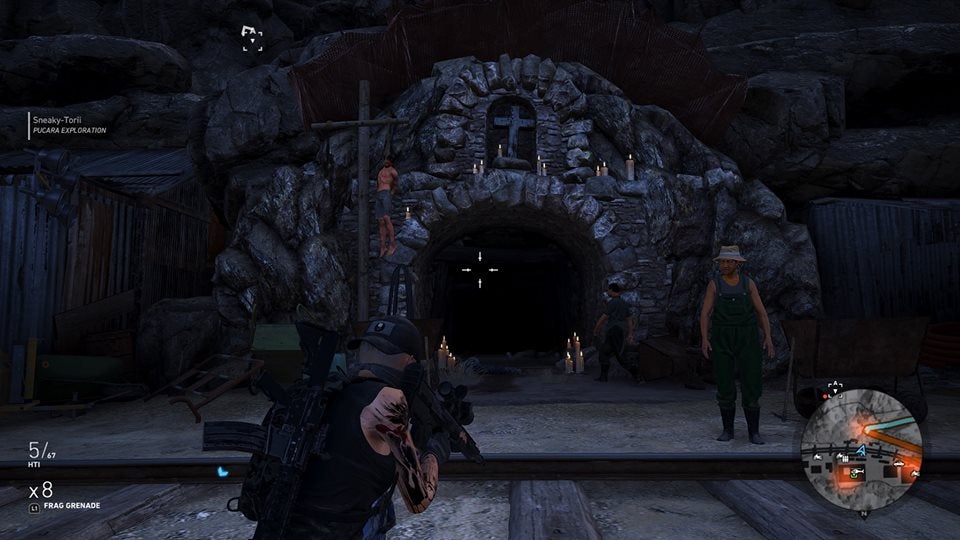 The current “El Tio” Easter Egg fueled the need to do research once more. Part of the game’s campaign takes you into the silver mines of Bolivia, and you can run into creepy devil statues surrounded by candles and offerings.

In real life, millions of people are estimated to have died in silver mines located in Bolivia’s Cerro Rico mountain, which is often called the Mountain that Eats Men. Conditions in the bowels of the mines are extremely dangerous due to poor equipment, dust inhalation, and the high risk of collapses due to weak infrastructure.

The insanely high death toll for miners further fuels the legend of El Tio, “The Uncle,” who is considered to be a spiritual figure commonly referred to as the owner of the mountain, the god of the underworld, or simply the devil god.

Each mine within Cerro Rico is said to have its own El Tio statue for the miners to leave offerings such as coca leaves, alcohol, and cigarettes, praying that the devil of the mountain will protect them from accidents. I read an interesting BBC article on Cerro Rico in which a miner says: “Outside the mine we are Catholics, and when we enter the mine, we worship the devil.” The region is largely Catholic, but the harsh conditions of the mines lead many Catholic miners to still turn to El Tio for protection.

If you want to (virtually) encounter El Tio, you can visit multiple statues within the game’s main campaign and even acquire a Wildlands Broken El Tio mask. Popular Wildlands YouTuber Carbon Meister has a great step by step tutorial for the quest.