Ten Video Games That Have Tried to Improve Chess

By Laura Kate Dale on at

If there’s one thing Steam has become fantastic at since the advent of Steam Greenlight and Steam Direct, it’s being a cluttered storefront with dozens of variations on any one game concept. A lot of these are very boring. Shoot the zombies, drive the car through the zombies, match three with zombies. But every so often, something a little different catches your eye.

One night, I searched for versions of chess on Steam. There are so many chess games on Steam that I almost accidentally ended up with ten of them in my Steam library. What better use of my work day could there be than sitting down, giving ten different chess games a look, and deciding which is the best sequel to the classic strategy board game?

Simply Chess is very aptly named; it’s simply chess. The AI enemy has 100 difficulty levels, which the board game doesn’t have as standard out the box, so this is automatically better than normal chess (in singleplayer mode, obviously). By virtue of being first on the list, Simply Chess is currently our front runner. Always something to be said for the basics.

There's nothing 'Simply' about Chess Ultra, which is a flashy visual step up from our previous contender. It has 4K and VR support, you can play chess in some fancy fake pristine apartment or a hell graveyard, and defeated pieces do cool glowing stuff that looks nice. You don't get that in your typical Staunton chess set. A new front runner emerges, and it is shiny fancy basic video game chess. 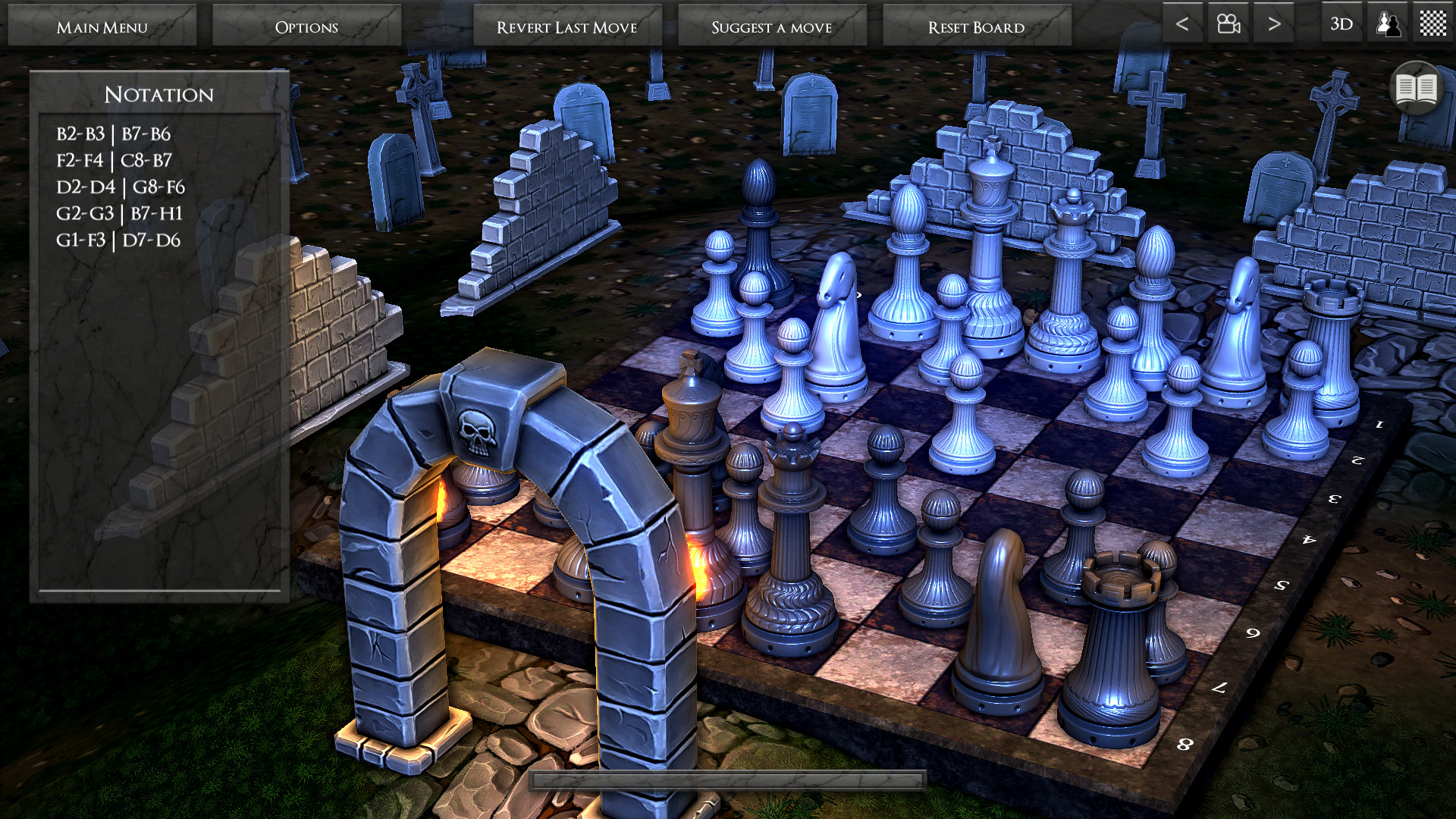 This is basically the same as Chess Ultra, but without the shiny visual bells and whistles. Wow, this really is just the third time in a row we’ve played a chess game and it turns out to just be chess repackaged. Get creative for me please chess video game designers. I do not need this many ports of chess.

In 1988 someone decided that the best way to improve chess was to add in painfully slow movement animations, complete with screeching metal grinding sounds with every step. Sure you got to see some nice battle animations, but was it worth it? I’m sure at the time this was amazing, a technological marvel, but today it’s a hot mess. Chess Ultra remains in the lead, even though it's now making me think of MK-Ultra.

NOW WE'RE TALKING. Someone finally asked what happens when you add quantum physics to chess. There’s no way this is going to over-complicate an already complex game.

Obviously, Quantum Chess isn’t replicating every single aspect of quantum physics, just that one bit everyone knows from the Schrodinger’s box thought experiment. Except, well, not really.

Where in the Schrodinger’s Box thought experiment a cat in a box with a poison release mechanism was considered to exist in two states because the outcome had not been observed and quantum probability meant that either state could simultaneously exist without observation, here chess pieces are just in two places at once very visible and observably.

Oh god, this version of chess gets confusing fast. How are those two pieces on the same square? How did you castle in two directions at once? Why am I trying to wrap my head around quantum entanglement?

Also, chess pieces having a random chance of collapsing in order to mimic quantum mechanics is not fun. Who on earth decided chess needed luck added to the traditional strategy and skill focus?

With a name like this, you’d better hope it delivers.

The basic idea of Chess 2: The Sequel is that while the core gameplay of Chess works really well, you can shake up the formula by introducing a number of different army types to learn. While the learning curve is initially steep, there is actually something pretty enjoyable about the army selection idea. Due to the increased variety of move combinations, I felt a lot less like there were only a few set winning gambits I had to make if I wanted to win, and I had some fun eventually.

I say eventually, because memorising 5 new army rulesets including teleportation, invincibility, double king armies and erratically moving animal armies, as well as how each interacts with each other, means that it took a while before I felt on top of the strategy involved.

This is basically 1988’s Battle Chess, but nicer looking and without the metal scraping sounds. Still kinda rubbish though.

Oh wait, this is actually a visual novel dating sim, oops, I guess these were not all just chess repackaged. I played a little bit, couldn’t find the chess. I did kind of hope the datable characters might be chess pieces (that sassy girl really IS a queen!) but that did not seem to be the case. A missed opportunity.

So, let’s get this out of the way; it’s kind of hard to get into this game because the English rules have clearly been translated by someone whose English is... not great. Understanding the rules involves a bit of trial-and-error, which is sad because when you work out what’s up, there’s actually kind of a cute chess variant in here.

You control two animal armies, with the dragon taking the place of the king. Each animal piece has attack and HP stats, and you can only attack another piece if you have high enough strength. It does add an interesting twist forcing you to go after specific pieces on the board, even if it was a little needlessly complex to actually finish a match successfully. 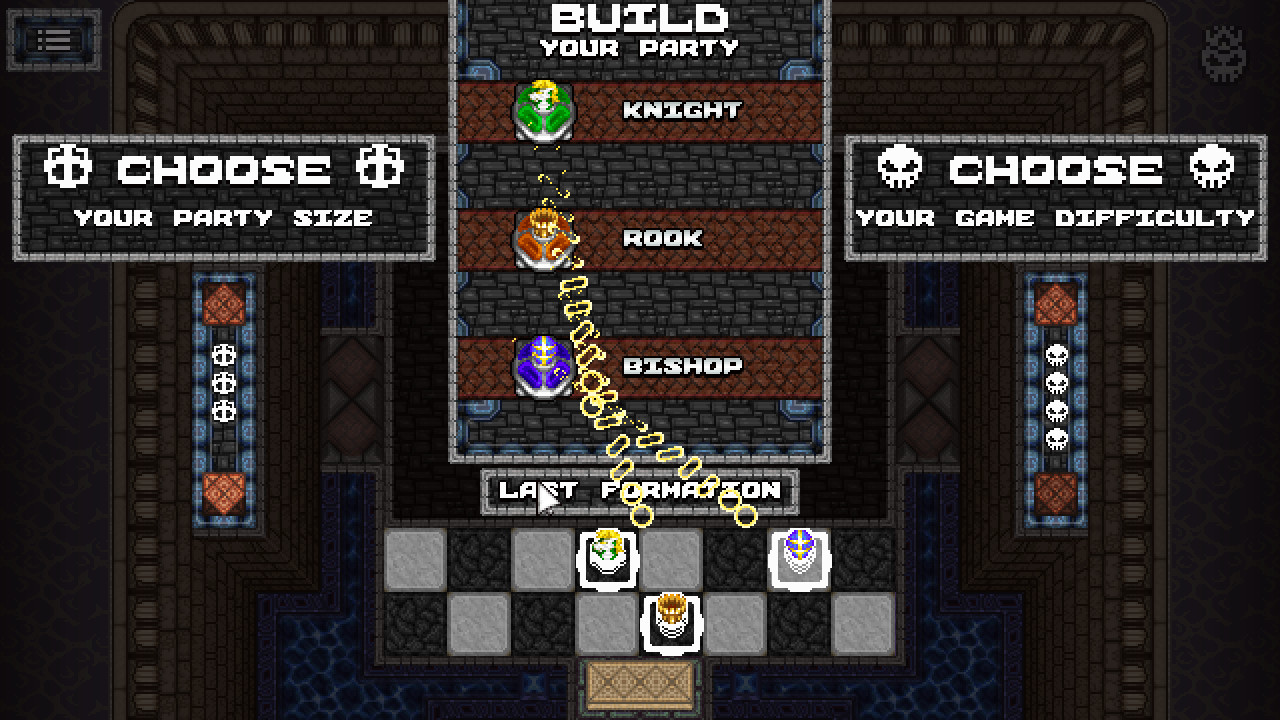 GigaChess may have the most exciting name of this list, but it’s unfortunately the least chess-like of the games that makes use of a chess board. It’s basically a simple tower defense game, for some reason played with chess pieces on a chessboard. It’s a cute idea, but I got board of it fast. Geddit, like a chess board. OK maybe I've been playing too many of these things.

So, which of Steam's offerings is the true chess sequel? I probably have to give it to Chess 2: The Sequel. Sure it has a bit of a learning curve, but it really did make me feel like I could experiment in chess again rather than having to memorise endless numbers of openings.

Also, with a name like that, how could it not win? Sometimes, the simplest tactic is the most effective.