Ghost War PvP Mode Is a Great Reason to Go Back to Ghost Recon: Wildlands

It’s taken Ubisoft seven months to add PvP to Ghost Recon: Wildlands. The new mode officially went live on Tuesday. It provides a great tactical experience, though it could use some fine-tuning.

The new PvP mode is called Ghost War and is a free update for anyone who owns the game. It plays out as a third-person, 4v4 tactical team deathmatch, where you only get one life per match (unless a teammate is able to revive you) in best-of-three games.

Team deathmatch sounds like a really simple mode, but each game in Ghost War feels tactical and plays differently than the match before it. Matches often play out slowly, and you might find yourself going prone in tall grass on several occasions to listen for enemy footsteps. The maps are pretty open with varied terrain, so you might have some close-quarter combat inside buildings or long range fights across desert or jungle biomes. 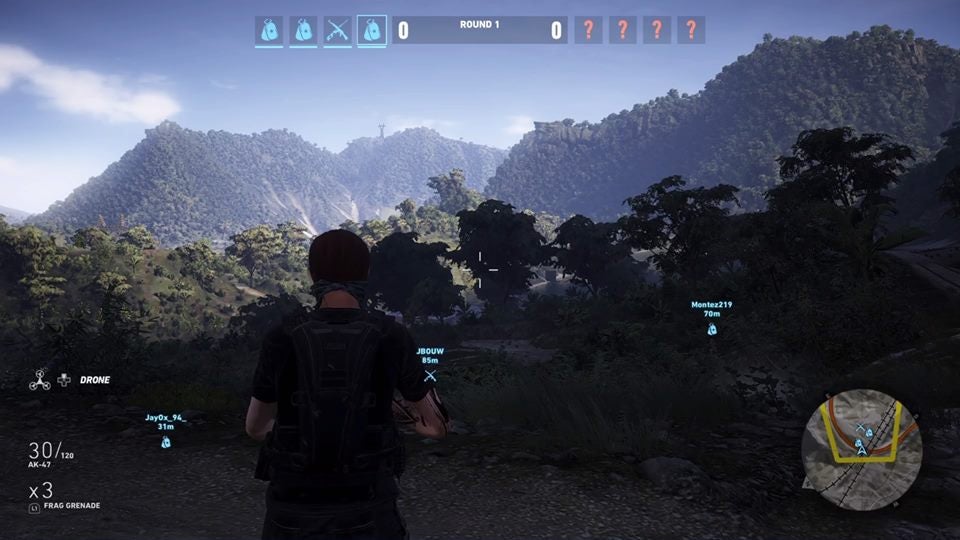 I worried that Ghost War’s eight maps wouldn’t feel like enough in the full release, but the randomised time of day and weather elements make a difference. You might play the same map back to back, but one best-of-three could be in extreme fog or the dead of night. The Desert Outpost map is an open nightmare with lots of cacti and very few buildings, but all of the biomes have beautiful maps. Ubisoft announced new maps would be coming with the post-launch support, so I hope we’ll see one covered in snow.

The game would benefit from an option to vote for maps. I spent most of my time playing just the five maps from the beta, and the three new maps were rarities.

Sound matters a lot in this mode. Ghost War adds sound markers, so you really have to pick and choose your battles. You’ll get temporarily pinged with a marker when you fire your gun. It’s best to get a kill and move quickly into new cover.

Wildlands’ PvP offers Assault, Marksman, and Support classes with three subclasses each. The subclasses work much like fellow Tom Clancy shooter, Rainbow Six Siege, which attempts to balance the game by only allowing one of each character/class type to be chosen for each team. This keeps everyone from picking the role of sniper or trolling with an entire squad of annoying mortar drone classes. I do appreciate that every subclass has a specific role to play, but I’d like more customisation. You can unlock a few gun and camo options, but you don’t have the luxury of attachments, and you can’t even swap out mines for grenades or vice versa because everything is tailored to the specific roles you can choose.

Ghost War often feels balanced class-wise, but on some occasions I’ve found myself in a room full of Recruits who are all levelled high enough to choose a specific subclass but have chosen not to. Ubisoft created the Recruit class to most likely give players a well-rounded starting class until they played enough to earn a skill point for unlocking subclasses, but it’s a little too convenient to select. The Recruit is equipped with an AK-47 and access to a recon drone, which is also available in the Scout subclass. Why bother picking the Scout class, which pairs you with a submachine gun, if you can have a drone and assault rifle for more long-range combat? Plus, instead of one person being able to spot your squad with a drone, an entire enemy team can have the power to find your location.

Like most shooters, Ghost War has perks to aid you on the battlefield. Perks can be unlocked with the skill points you earn as you level up, and you’re given pretty standard choices. However, you can only choose one perk to equip to your loadout, so you have to decide what option most benefits your playstyle for each subclass. Rushers can go for a faster sprint or cautious players can go for the ability to detect enemy-planted devices.

Thermal Goggles is the one odd perk of the bunch, and it’s already garnering a lot of complaints from the community for being unfair. Thermal Goggles is not limited to a specific subclass, so anyone can equip the perk to the subclass of their choosing. Basically, you could encounter a full squad running thermal on a night map, and you’ll be at a disgusting disadvantage. I’m only mildly ashamed to say I used thermal even on day maps with storms or thick jungles, but I do agree that it’s a bad perk to offer. None of the other perk options give a major advantage, so maybe thermal is best suited as something class-specific or as a temporary ability with a cool down. 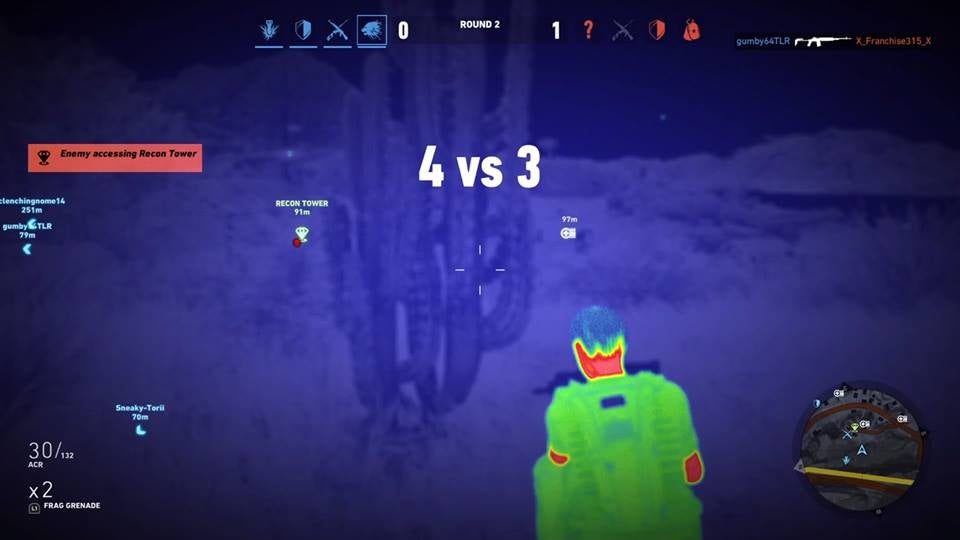 You’ll want to jump on the grind for experience points to unlock your subclasses and perks fast, but Ubisoft also included prestiging to add replay value. There are 50 levels to reach and 10 prestige levels, which also unlock various weapon paint colours. Everyone wants to brag about pretty leaves or green netting painted on their guns, right?

Despite my few complaints, Ghost War is a pretty solid PvP mode and well worth the extended wait. In a world full of futuristic shooters, this is a welcomed tactical experience. Communicating as part of a well-balanced squad feels really great, and I hope this draws more Tom Clancy fans back to the franchise. Ubisoft is hosting a free-to-play weekend from today until 15 October on both consoles and PC, so you can still give the game a test drive.