Steam is perhaps the most monolithic gaming platform, the PC’s biggest show in town by a long shot. It’s also a multi-layered mess of systems and ideas, a Frankenstein UI (FrankenstUIn) assembled from limbs whose purposes are dimly remembered at best. It annoys the piss out of me sometimes, is what I’m saying.

Valve’s one-stop PC gaming shop/community/home for wayward algorithms isn’t outright broken, but many of its constituent elements have had ridiculous amounts of clunk in the trunk for years. It’s like a long-term relationship: minor annoyances become magnified over time until they’re concentrated beams of sunlight burning holes in your goddamn skull. Here are my favourites!

You have one job, tiny tick box on the login screen. It’s not even complicated. And yet, you somehow manage to do the exact opposite with regularity, because life is nothing but a cruel joke played on those who are pure of heart.

When I have to click my way through a small labyrinth to see a full list of newly-released games.

However, you are now 100 years old, and your daughter has become a powerful tech magnate in spite of your absence, while your son has become a criminal who stole Mars in an act of petty teen rebellion. Was any of this worth it? 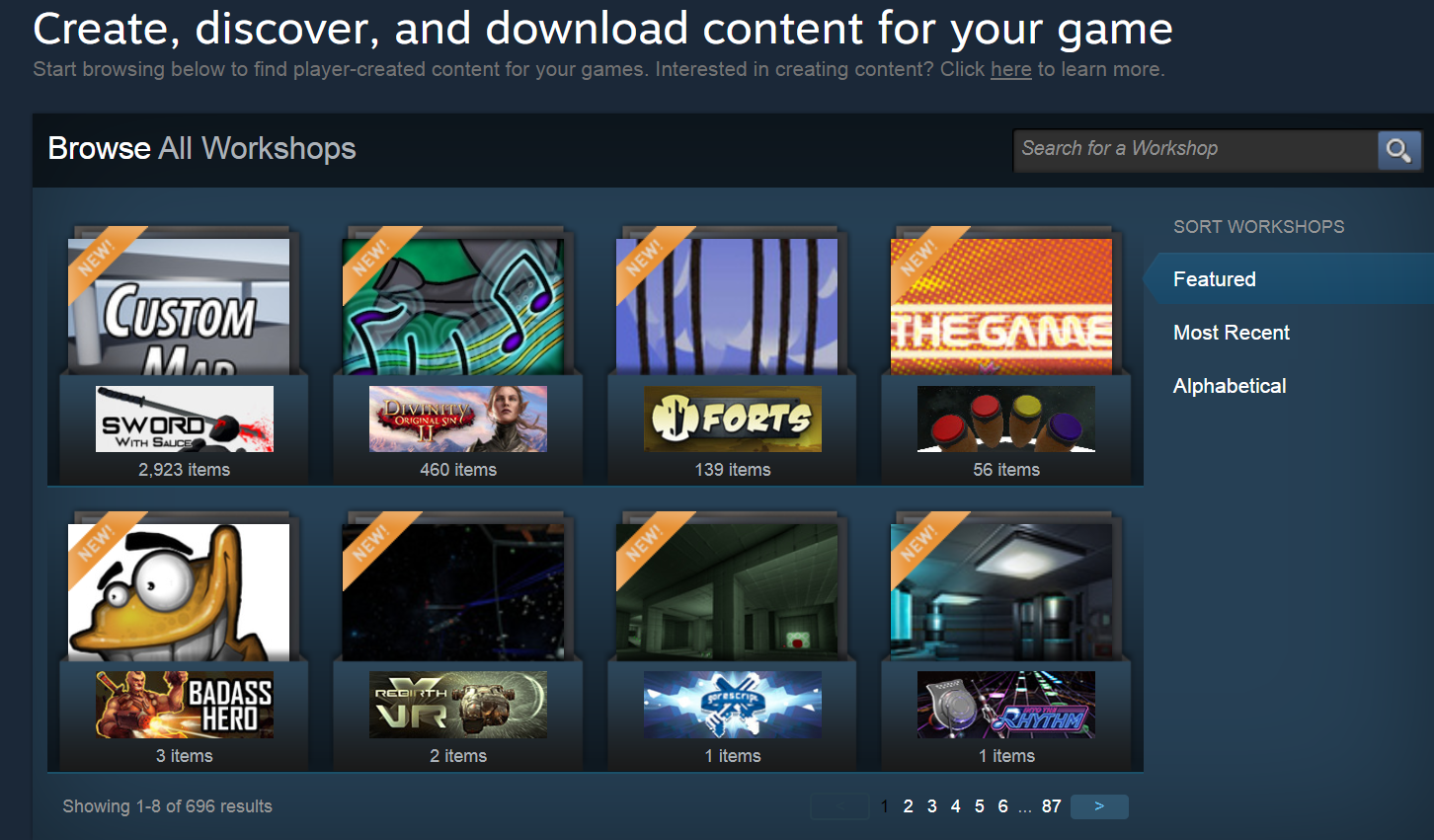 Ah yes, who isn’t in search of More Content for classics like “Badass Hero” and a game that is, near as I can tell, titled, “The Game.”

When I want to go to one of two entirely different Steam Workshop pages, but end up at the other one.

Steam has two landing pads for Workshop, its selection of user-made mods. The main one, which you access from the drop down “community” menu at the top of the screen, conveys basically no actual information about any mods. It just shows you some icons for games that have mods and gives you news about updates to the Workshop on Valve’s end. You’re better off just searching for games’ Workshop pages individually. The other main Workshop page can be found if you click the “community” button at the top of the screen instead of mousing over it, then click a different “Workshop” option on that page. This gives you a list of popular and recent mods that’s vaguely useful if you want to see what modders have been up to lately. It’s also buried like the pet goldfish your parents accidentally killed and never, ever want you to know about.

Yes, it is. It has been for 13 fucking years. Please stop asking me. Please let my spirit rest. (Corollary: the super fun page that keeps “introducing” me to account recovery features and Steam Guard. Yes, I know about them. Their most minute details are now burned into my eyelids, and I see them every time I try to dream.)

When unreleased games show up in the “new releases” section for no apparent reason.

Oh dang, I had no idea this cool-looking game was out already! Oh wait, just kidding: it’s not releasing until the year Mega Man X takes place.

When I tell Steam to download a game I want to play now, and it immediately shoves it to the bottom of a queue of ten other downloads that I do not give a single shit about.

If I’m trying to download a game now, the implication is that I want to play it as close to now as possible. I don’t want to feel my bones decaying and my skin sagging as a bunch of random updates move like a pack of terminally ill slugs, nor do I want to realise 40 minutes after the fact that the download I wanted hasn’t even started yet.

When, once I manually shove a game to the top of the download queue, Steam has to “allocate disk space” for 12 minutes.

Why does this particular thing take so long? What’s the deal? These are rhetorical questions! I’m not a tech wizard and don’t actually care about the answers! I just want this process to take fewer than a million years!

When downloads hit 100 per cent, and then nothing happens, seemingly for no reason.