By Andrew Liszewski on at

It’s widely assumed that the next Classic Edition of retro hardware from Nintendo will be a tiny version of the N64. But I disagree. With four controllers, 3D games, and complications over bringing Goldeneye 007 back, a retro version of the N64 would make for some expensive nostalgia, particularly when the Game Boy would be far cheaper to resurrect.

I’d certainly be first in line for an N64 Classic Edition, but I’ve always preferred portable gaming as developers were forced to focus on gameplay instead of graphics, given the hardware limitations of handheld systems. Besides, portable gaming is more popular than ever with the advent of smartphones. Even Nintendo knows this. Its current hardware lineup consists of multiple versions of the 3DS and 2DS handheld systems, and the Switch, a flagship console you can play on the toilet. Now’s as good a time as any to bring back the Game Boy, one of the best selling consoles of all time.

So here, in no particular order or ranking, are the 25 games we’d love to see included on a Game Boy Classic Edition.

The Legend of Zelda: Link’s Awakening 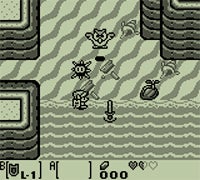 I’m still exploring the seemingly endless version of Hyrule featured in The Legend of Zelda: Breath of the Wild on the Nintendo Switch, but my favourite Zelda game of all time is still The Legend of Zelda: Link’s Awakening. The world that Miyamoto managed to squeeze onto a tiny Game Boy cartridge still blows my mind, and it’s one of the few Zelda games I’m happy to play over and over again. 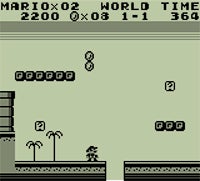 It’s nowhere near as ambitious as Mario’s adventures on the Super Nintendo which redefined 2D side-scrolling games, but Super Mario Land on the Game Boy was the first time a kid could enjoy a Mario adventure on the go. You couldn’t backtrack on a level, and the game wasn’t exactly a challenge, but it was still the classic Mario experience Nintendo got us all hooked on. 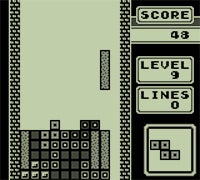 Many argue the success of the original Game Boy can be partly attributed to Nintendo including a copy of Alexey Pajitnov’s impossibly-addictive puzzler Tetris with every console. It didn’t matter how many game cartridges you had in your Game Boy collection, Tetris always remained one of your most played titles. 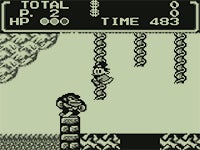 There’s a good reason Duck Tales is being revived. The original animated series was a highlight of many childhoods, and it spawned an equally memorable Game Boy title that introduced some wonderful new ideas to side-scrolling adventures, including Uncle Scrooge pogo-sticking over enemies using his cane. 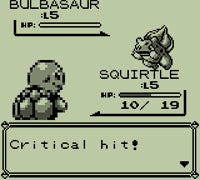 Aside from Tetris, there’s no game that defines the Game Boy (and Game Boy Colour) like the original Pokemon Red and Blue. They weren’t only incredibly deep and satisfying role-playing titles that launched countless sequels (and helped keep Nintendo afloat during the lean GameCube years) they also managed to hook players who strived to capture as many pocket monsters as they could find. 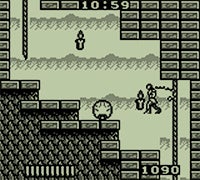 Although far better executed in Castlevania IV which is included on the SNES Classic Edition, wielding a whip is one of the highlights of the Castlevania series, and helps the first Game Boy title stand out amongst thousands of other platformers available for the console—even if you don’t actually get to play as Simon Belmont, but one of his ancestors who fought Dracula long before he was born. 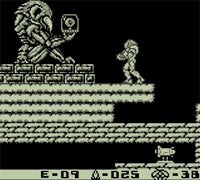 It’s probably against the laws of the gaming universe to not include a Metroid game on a Nintendo Classic Edition console. Metroid II - Return of Samus falls in between the two retro titles already re-released by Nintendo, and managed to squeeze some impressive graphics onto the Game Boy’s dull green and grey display—which somehow added to Metroid II’s moody cave-exploring gameplay. 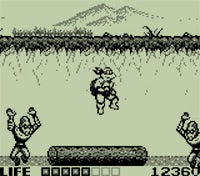 I can still remember the game stuttering and struggling to spit out frames while Michelangelo battled the Foot Clan in a sewer. But it didn’t matter, because Teenage Mutant Ninja Turtles: Fall of the Foot Clan hit the Game Boy at the height of TMNT’s popularity, and delivered a solid take on the arcade version of the game that didn’t require a constant supply of quarters—just AA batteries. 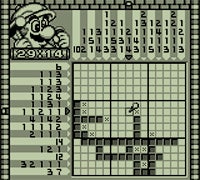 Playing Tetris is fun, but its never-ending onslaught of falling tetrominoes is far from relaxing. When I really need some stress relief, I always turn to a puzzler called Picross, which the Game Boy introduced to many of us. It’s less about reflexes, and more about genuine puzzle solving that keeps you motivated to complete each brain teaser (and the next) to reveal a mystery image. 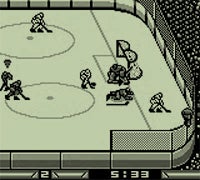 I can pretend like I asked for Blades of Steel for Christmas because I loved hockey as a kid. But the reality is that before EA became the juggernaut of sports games, Konami’s Blades of Steel included fighting, so it was an easy way to sneak a video game with hand-to-hand combat past your parents, before we all became desensitised to violence.

Mega Man’s first Game Boy outing is probably remembered by kids as being their first real introduction to ulcers, because to this day I don’t think I’ve ever played a more challenging platformer. I can already feel my hands getting sweaty at the thought of tackling Wily’s robot henchmen again, but 20+ years of additional gaming experience should make it a breeze this time... right?

Is it really a true Final Fantasy adventure? Who cares. The Game Boy version of the long-running series might technically be the first game in the Mana series, but it still managed to recreate the wonderful isometric game play of Zelda with role-playing battles that required strategy and experience, not just hacking and slashing with the latest weapon you’ve found. 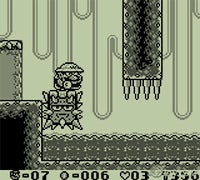 Now better known for WarioWare Inc., the fantastic collection of mini games on the GBA, Wario also starred in a handful of side-scrolling platformers, and even managed to best his nemesis’ Mario’s outing on the Game Boy. The graphics in Wario Land: Super Mario Land 3 eclipse those in Super Mario Land, and the game includes far better weapons and outfits for Wario to accessorise with. 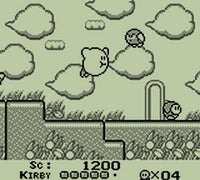 It’s become clear that Nintendo’s Classic Edition consoles are cattle calls for all of the company’s most memorable characters. So, you can’t really have a Game Boy Classic Edition without including Kirby. The game falls on the easier side of the gaming spectrum, but that’s not necessarily a bad thing if you’re just looking to unwind. You’ll just have to get used to seeing Kirby in green. 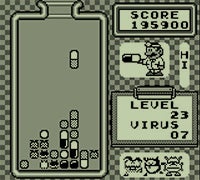 Most games see releases across multiple consoles, and in the late ‘80s and early ‘90s, it was a given that the Game Boy port would pale in comparison to the original NES or SNES versions. But Dr. Mario held his own on the handheld, providing a unique twist on our beloved Tetris that was still an addictive puzzler even with a limited colour palette. For quick commutes, this would be the perfect time-killer. 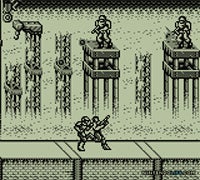 Platformers like Super Mario Land test your reflexes and agility, but Operation C, the first portable version of Contra, was all about running and gunning everything you saw on screen. Equally satisfying were the upgrades that would randomly pop up, turning your blaster into a weapon that would make tank drivers nervous—at least until you died and had to start from scratch again. 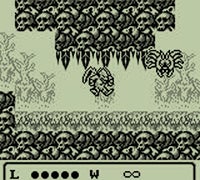 Without the internet around in the early ‘90s, Gargoyle’s Quest didn’t get the credit and hype it deserved. Part of the Ghosts ‘n Goblins series it has you playing one of the monsters instead of the brave knight. It might seem like another Super Mario Land wannabe, but it introduced new and novel platforming power-ups like the ability to float, climb walls, and super-jumps. 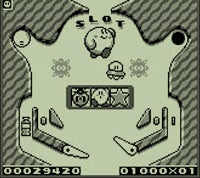 Fully embracing the hardware limitations of the Game Boy, Kirby’s Pinball Land had that tiny pink blob battling enemies and attempting to defeat each level-specific boss on a virtual pinball table. As long as you’re willing to cut it a few breaks on some questionable ball physics, this is another Game Boy title with great replay value as you try to top your last high score. 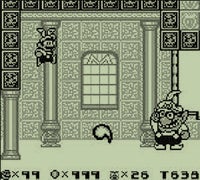 Released early in the Game Boy’s lifespan when developers were still getting familiar with the hardware, Super Mario Land wasn’t exactly a graphical powerhouse. But its sequel, Super Mario Land 2: 6 Golden Coins, is, with large cartoonish sprites, countless things happening on screen at once, and the introduction of Wario. The more side-scrolling Mario adventures that can be included, the better. 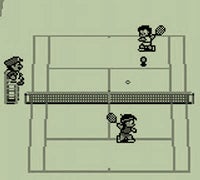 Balk at the basic graphics all you want, but Nintendo compensated for the Game Boy’s awful screen with terrific controls and solid frame rates, which made a simple game like Tennis satisfyingly addictive. To this day, Nintendo’s tennis games are my go-to titles on any of the company’s consoles when I need a quick pick-up-and-play distraction, and I’d love to take a swing at this one again. 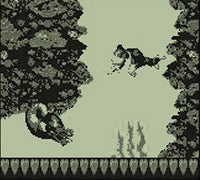 On the SNES, Donkey Kong Country was a graphical delight thanks to the use of 3D-rendered sprites. And despite having one of the most basic screens of any handheld gaming system, somehow the game translated to the Game Boy with the delightful Donkey Kong Land. If you had found yourself stuck in a meeting and needing to rage through the jungle as a giant ape, this was your fix. 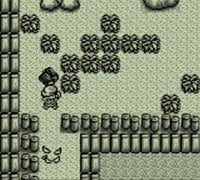 Predating Farmville by decades, taking over your deceased grandfather’s plot of land and maintaining a thriving farm doesn’t exactly sound like a fun escape from reality. But Harvest Moon GB introduced the idea of micro-management as an addictive gameplay element for handheld consoles, requiring players to deal with crops, livestock, and amass the necessary tools to turn a profit come harvest time. 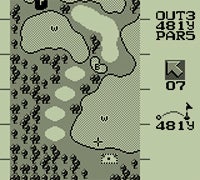 If the moon and stars properly align, there’s a slim chance you can play Nintendo’s original NES Golf game on the Switch. But Nintendo could make it a lot easier for everyone by simply including this Golf port on a Game Boy Classic Edition. It uses a three-click swing system which is still in use by many golf games today, and it managed to one-up the NES version with extra courses and music. 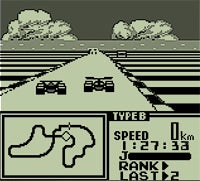 The graphics are laughably basic when compared to modern racers like Forza or Gran Turismo, but that didn’t matter to ‘90s kids because F-1 Race allowed up to four players to race against each other using a bulk adapter we happily carried everywhere we went. If the Game Boy Classic Edition includes wireless multiplayer, this game will be the reason why. 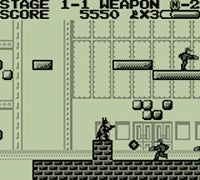 We all cringe when we watch the Tim Burton Batman movies now, but at the time they defined superhero blockbusters, and left me hopelessly addicted to Batman: The Video Game. I don’t think I played a single Game Boy game more than this one, despite its basic graphics and short and stout depiction of the Caped Crusader. This one definitely scratches a deep nostalgia itch for me.