Goin' Fishing With a Crossbow In Final Fantasy XV VR

Monster of the Deep, the VR fishing game based on Final Fantasy XV, is a fairly standard video game fishing experience, right up until the moment you have to bust out the crossbow.

The initial PlayStation VR demo that Square Enix showed off at E3 last year was pretty much terrible, involving shooting at Bahamut as you warped around an arena. Square Enix has tossed that idea and retooled its VR spin off into Monster of the Deep, which was playable here at Tokyo Game Show. It’s a standalone game that will be released November 21st for £24.99.

You hold two PlayStation Move controllers during the demo, using one hand to cast out your line and the other to reel it in. But first, you have to use a fish finder device, tapping a button to send out a signal across the lake and locate the fish. Once you do this, casting your line out will automatically send the line to where a fish is. 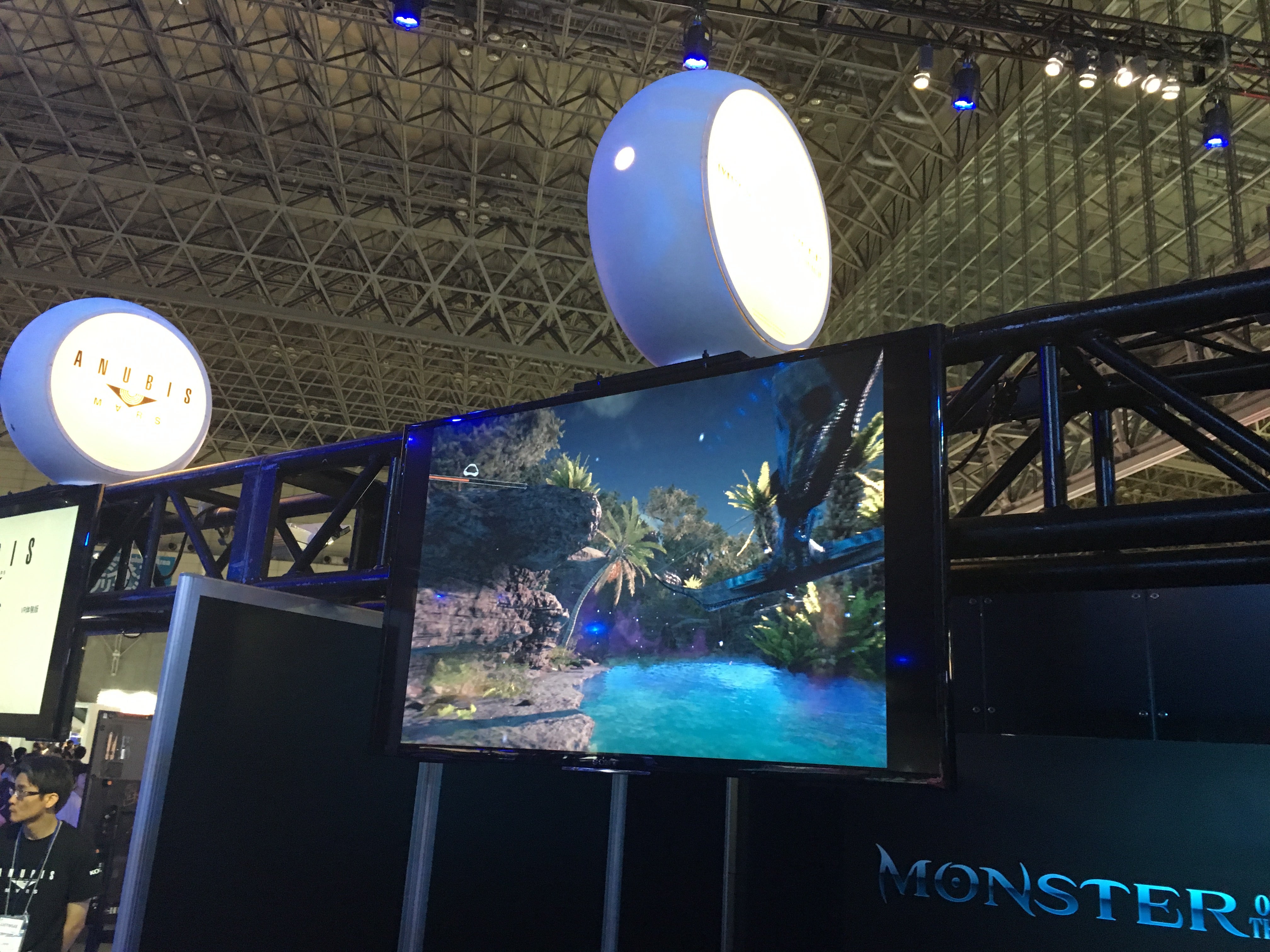 This eliminates the sort of boring cast, reel, cast, reel nature of fishing games (and, you know, real fishing), letting you hook a fish very quickly. Not sure if this will be a limited-time-use item in the full game, or what. It certainly made it fairly idiot-proof to get a fish on the line.

Once you hook your fish, you can imagine the drill: Pull back on one Move controller, spin the other to reel the fish in, occasionally pull to the left or the right when you see arrows appear on the screen. It’s pretty much every fishing game. Once you pull up a fish, though, you can hold it in your hand and admire it from all angles until you drop it into your net. At one point, the game showed me on camera, sitting on the bench in the PlayStation booth, and superimposed my recently-caught fish into my hand so I could snap a picture of my “catch.”

Things got extremely real when the “boss monster” fish appeared. My rod and reel were replaced with a crossbow, and the monster came out of the water, leaping around the lake and snapping his jaws menacingly, as I shot him with arrow after arrow. Once he was knocked out, the crossbow changed back to the fishing gear, and I then had to accurately aim my cast over to where he was floating, and reel him in.

Unfortunately, the light and/or radio interference was so bad in the Sony booth that the Move controller tracking decided to completely go haywire, and I wasn’t able to land the big one. Oh well.

Something else I noticed about how Monster of the Deep works is that the game is doing that VR trick where it renders the area directly in front of you in full resolution, but uses a significantly lower (like, almost pixel-art) resolution for anything that would be in your peripheral vision. This is a good idea, although if you just move your eyeballs around inside the PlayStation VR headset rather than move your entire head, you’ll see through the trick. And of course, you’ll see it if you’re looking at the TV screen while someone else plays.

I definitely had more fun with Monster of the Deep than I did with the previous attempt to do VR Final Fantasy XV, although it’s tough to say how it’ll turn out in the end based on this brief slice.