By Dan Starkey on at

Last month, Kotaku reported on House Party, a titillating party simulator that encouraged players to engineer sexual scenarios against the backdrop of an epic, debauched shindig. It climbed Steam’s top sellers chart in a matter of days before being pulled from the digital storefront for its pornographic content.

This a common pattern for sexual games on Steam. Officially, the platform doesn’t permit graphic nudity or anything that could be considered pornographic, but in practice these rules are inconsistently applied. Many games that skirt these lines are never taken down. The more popular games, however, attract enough attention that someone who isn’t keen on pornographic games files a complaint, and the process to remove racier content starts. House Party went through that procedure last month, and now it’s Strangers’ turn. 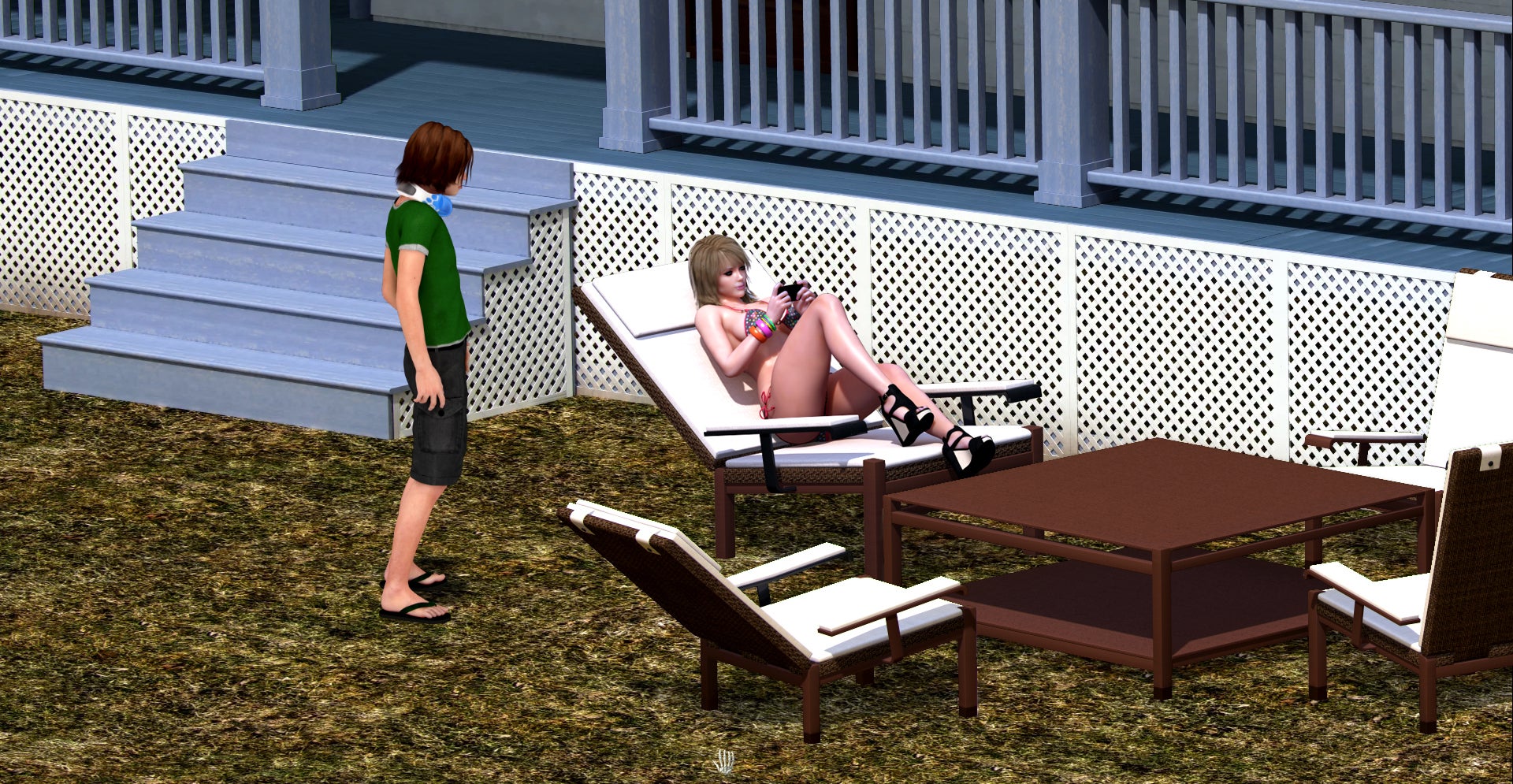 The premise of Strangers in a Strange Land is simple. You play as Billy, who’s been suckered into a family holiday at a secluded farm. There, you work through some bizarre, ham-fisted puzzles to unlock cutscenes with nudity and sex, which seems to be the game’s main point. Through clumsy bits of dramatic irony, you eventually learn that there’s some weird dark magic afoot and people have to fuck in order to make some spell happen. Or whatever—the details don’t matter because none of it really makes much sense.

Billy doesn’t know any of this, and he thinks he’s just a teen who’s been dragged out to the middle of nowhere by his parents. It’s a narrative contrivance that’s as thin as they come. It’s led to the suspicion by some Steam users that Strangers’ lead, Billy, was intended to be underage. That was, in part, what got it pulled from the digital storefront about two weeks ago.

As of 28 August, Strangers has been re-added, albeit with two comically direct additions. Now, whenever you enter a scene with sexual content, a massive red box reading “censored” will cover the majority of the screen. Each time you start the game you’re warned it has “nudity and sexual actions.” This screen says that if you want to play the game in its original form, you can find a link to a patch that will add everything back in. The developer, Manbehind, also clarified the character’s age in the above-linked comment thread, adding additional descriptors and information to be less ambiguous. They stated that it was never their intention to imply that Billy was a minor. 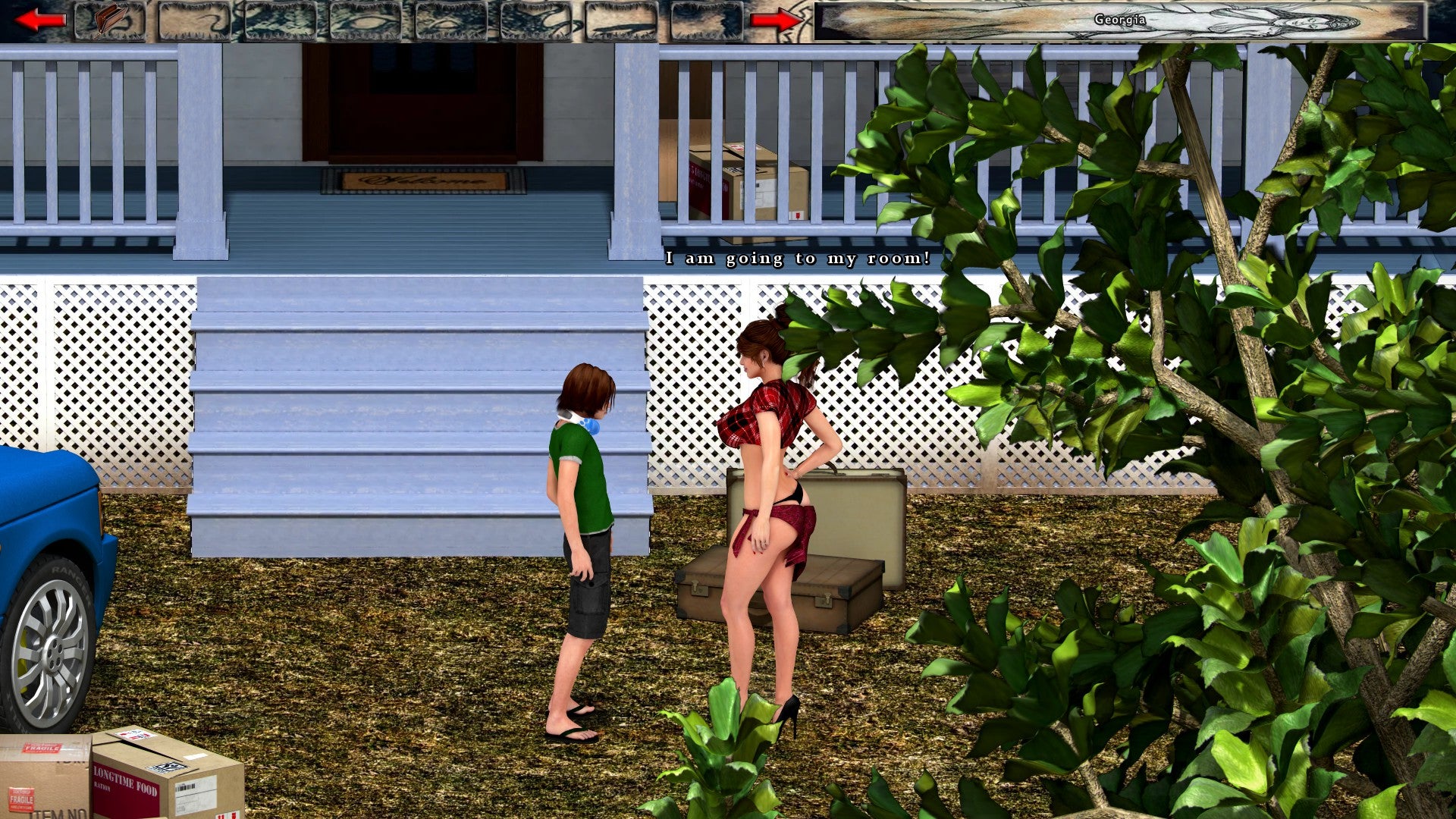 Fans of Strangers have been torn about the changes. “The only people that have a problem with this category of games are religious soccer moms and holier than thou SJWs,” one user wrote on the Strangers in a Strange Land community page. Another, attempting to console the developer, said, “Sorry they ask for changes when many other great games, which I won’t list, are still very much adult and haven’t had any changes.”

Many players openly stated in comments and boards that they buy games like Strangers in a Strange Land for their adult content, and not for puzzles, narrative, or whatever else the game may offer. “I don’t want a clean version and bought it because of the adult content,” player Stefan9000 wrote of Strangers. Since Manbehind posted links to patches that add the pornographic content back in in an official update thread for the game, even by the most conservative definitions, Steam still hosts all the pieces necessary to acquire the game and use it as porn. That’s not an issue in itself, but it’s disingenuous at the least and fosters confusion among players and developers alike at its worst. At the same time, plenty of big-budget games, from Mass Effect to The Witcher 3, feature racier sex than Strangers’ awkward grinding. What content qualifies as bannable and to what extent is blurry, even by Steam’s standards. 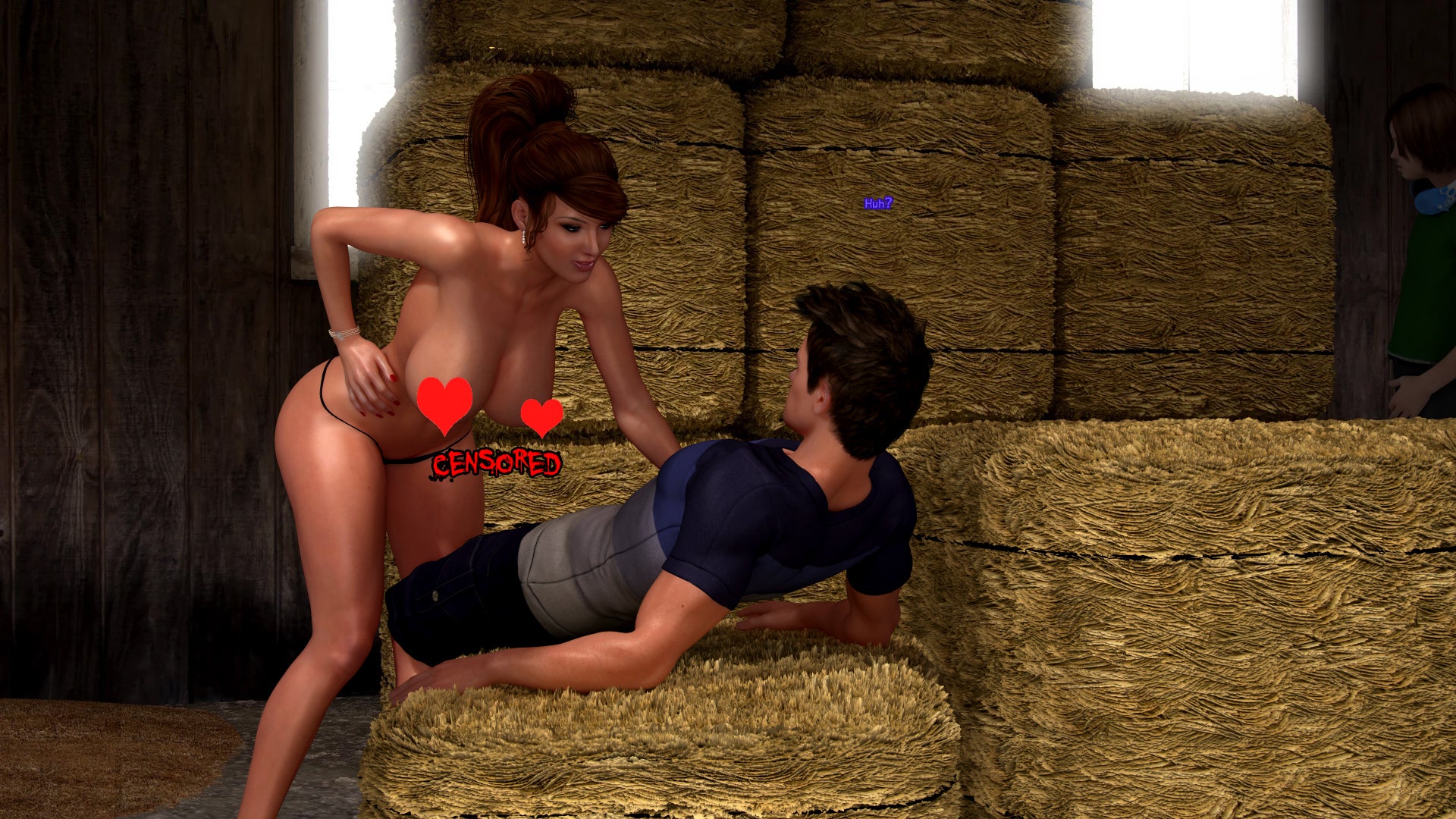 All of this takes place against the backdrop of larger conversations about the role of sex in gaming more broadly. Developers like Robert Yang have been some of the most strident supporters of more sexual content on digital platforms. Yang even went so far as to design entire games about overly-restrictive community standards that keep fans from enjoying the content they want. Strangers is something of an accidental martyr in this fight, never built to comment on the role of sexuality on digital storefronts. Even so, games like Strangers and its sibling-in-arms House Party are on the frontlines anyway.