Call of Duty: WWII Beta Gets Back to the Series' Roots, and It Works

We’ve been playing the PlayStation 4 beta of Call of Duty: WWII, and it’s been a welcome trip back to classic Call of Duty gameplay.

The popular first-person shooter series got its start in the Second World War, but Call of Duty has evolved over the years with a gradual increase in high-tech gadgets and fast and furious motion. Sledgehammer Games introduced players to the advanced movements of jetpack boosting with Call of Duty: Advanced Warfare, which has been met with criticism over the years, but the same developer has now spent the last three years working to bring the series back to an authentic WWII experience.

As a longtime Call of Duty fan, I personally found the return of the so-called “boots-on-the-ground” combat to be very refreshing in the beta. Just because there’s no more jetpack boosting or wall-running doesn’t mean it’s a slow-paced game; you can still toss out a quick stun or grenade and run and gun against the opposing players. 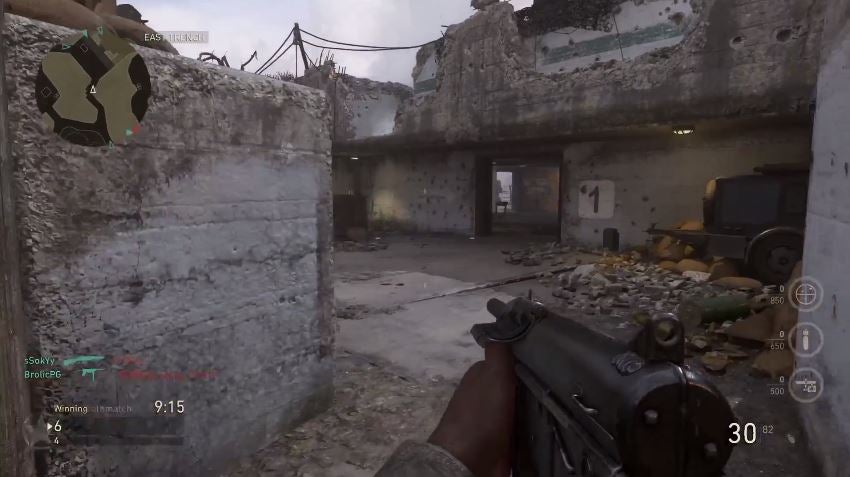 All three maps provided with the beta were on the smaller end but felt pretty solid, catering to different playstyles. There were plenty of trenches and concrete bunkers for close-quarters combat, but still enough open space for snipers to flourish.

The killstreaks were all fitting of the time period, although some felt more rewarding than others. Having to spend 1000 hard-earned points to call in AI paratroopers felt like a waste of resources since they never seemed to get any kills. You could use them as bait, I guess? The cost of a player-controlled strafing run isn’t terribly high, but you only get one quick pass to try and rack up some kills from the cockpit of an attack plane, and I feel players should get a second pass. Honestly, I had the most fun with the low-end Molotov Cocktails as you get two for 300 points.

Most of the modes in the beta were staples of the franchise, like Team Deathmatch, Domination, and Hardpoint, but there was also the all-new War mode. War is a multi-objective, team-based mode that gives off a vibe similar to Battlefield’s Rush, which can either be fun with team communication or a struggle with random players.

Building a bridge on the offence side is a nightmare without teamwork. You need people to smoke out the area and work on the bridge while others quickly take out enemies off mounted guns or sniper points. I enjoyed playing War with a squad of friends, but I worry how much variety we’ll see to keep this mode from becoming stale.

WWII removes the classic perk system, in which you can simply equip three or more perks of your choosing for each class. Instead, in WWII you enroll in role-based Divisions and level up with Basic Training to achieve the “perks” that fit your personal playstyle. 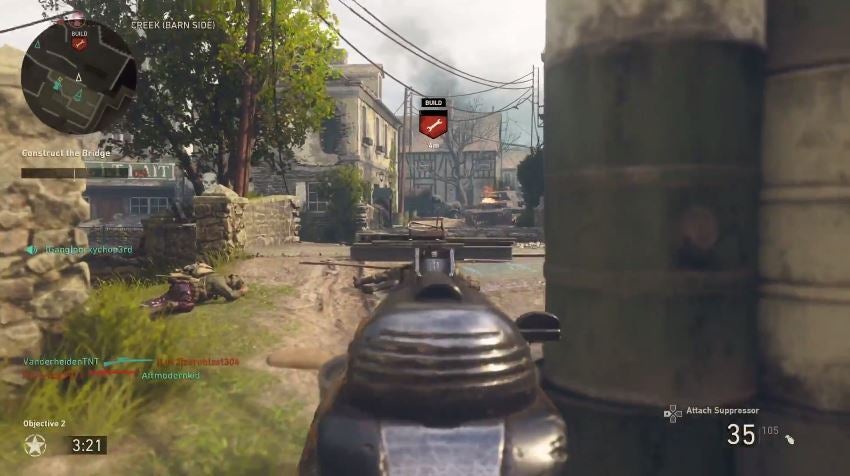 I enlisted in each Division and unlocked their unique skills. I most enjoyed the Airborne Division for the suppressor and submachine gun focus. You can only equip one Basic Training perk, so I often used “Forage” to resupply ammo from bodies while running and gunning. You can use any guns with any Divisions, but it helps to consider the advantages of each to build classes tailored to your style of play.

At launch of the beta, there were issues with the loading screens and transitions between matches. Sometimes you only had mere seconds before the next match started, but Sledgehammer Games quickly addressed the issue to improve the time between matches. I really wish we could have experienced the new HQ social space to see how smooth the party system will feel as we party and queue up for matches directly from the HQ, but the private beta was otherwise a good showing of what’s to come in this year’s Call of Duty. Of course, we’ll reserve final judgment for the launch of the game on 3 November, but for now, the beta is a good indication that going back to its roots was exactly what Call of Duty needed to stay fresh.