For the past few days, a Nintendo Switch game has started to gain notoriety as the worst release on the platform. Any time people post about this game online, they warn others not to buy it. So I picked it up.

Troll and I is a port of a game for Playstation 4, Xbox One and PC from this past March. It’s an adventure game about a young man and his troll friend somewhere in Scandinavia. Despite having been released for the Switch yesterday, it only recently became available in the Nintendo eShop, so I had to actually venture out into the world to grab a physical copy.

My first impulse was to reserve one at GameStop, but they didn’t have any, so I went online and reserved one at my local electronics store. This morning I dodged and weaved through Union Square’s farmer’s market to pick it up. Shout outs to Giselle, the employee manning the store pickup counter, for not making me actually say the name of the game I was buying. After handing over the cash, Troll and I was mine. It is the only Switch cartridge I own.

One of the first things you’ll see when you boot up is the front page of a newspaper announcing the death of Joseph Stalin. Someone offers another character, Nico, a three-million-dollar bounty to capture a live troll. 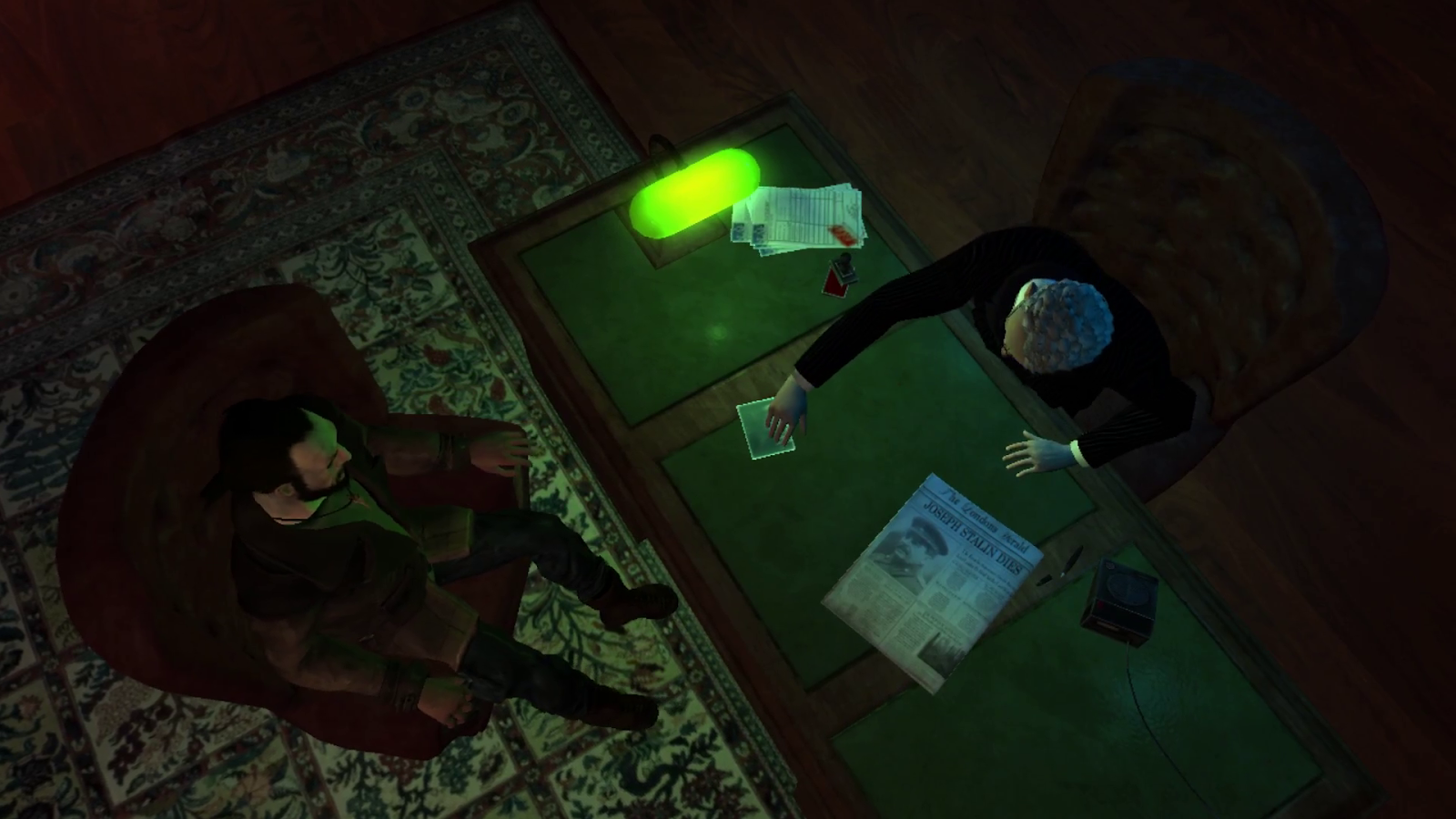 I was actually kind of into this offbeat premise, but far too quickly the game leaves Stalin’s death and the troll bounty hunter behind. The game then transitions to somewhere in a Scandinavian forest, where our main character, Otto, resides. He’s off to hunt some boars for his mum. Guess how long she lives? 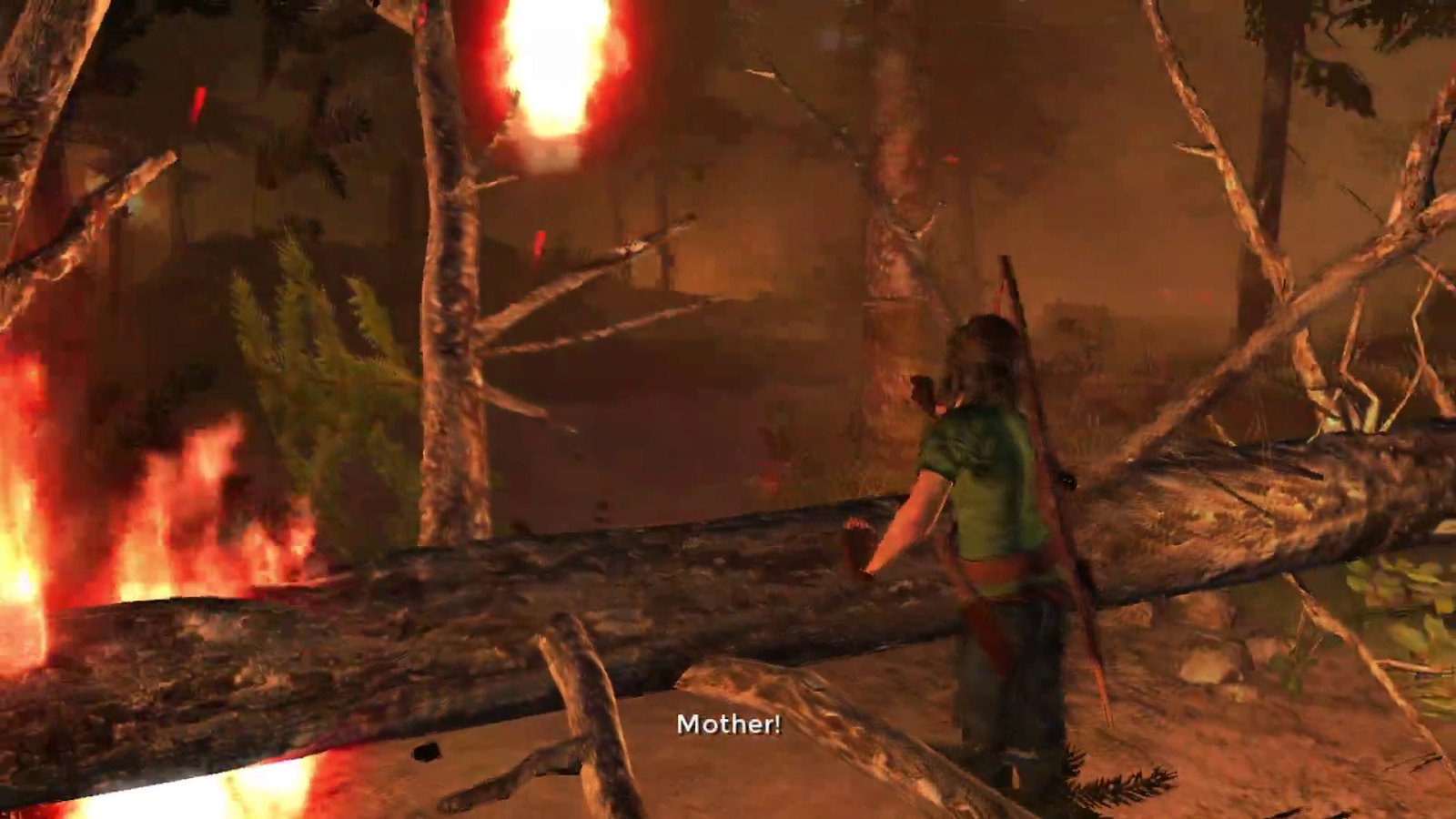 In Troll and I, you’ll do a bunch of quick time events to escape danger, climb a lot of ledges and cliff faces, hunt some animals, craft some weapons, and solve some platforming puzzles. It basically feels like it wants to be the Tomb Raider reboot, but also there’s a troll who comes to save you from danger. Otto and the troll quickly become friends—like, disturbingly quickly. This kid goes from not knowing trolls exist to being buddies with a troll overnight. You can ride the troll, and also play as the troll, and it’s exciting because at the very least it’s not another platforming puzzle.

There’s no real polish or finesse in this game. You don’t lock on enemies, but rather kind of swing your weapon around until everything dies, or you die because of the horrible camera. See below, where briefly the game positioned the camera inside of an enemy troll: 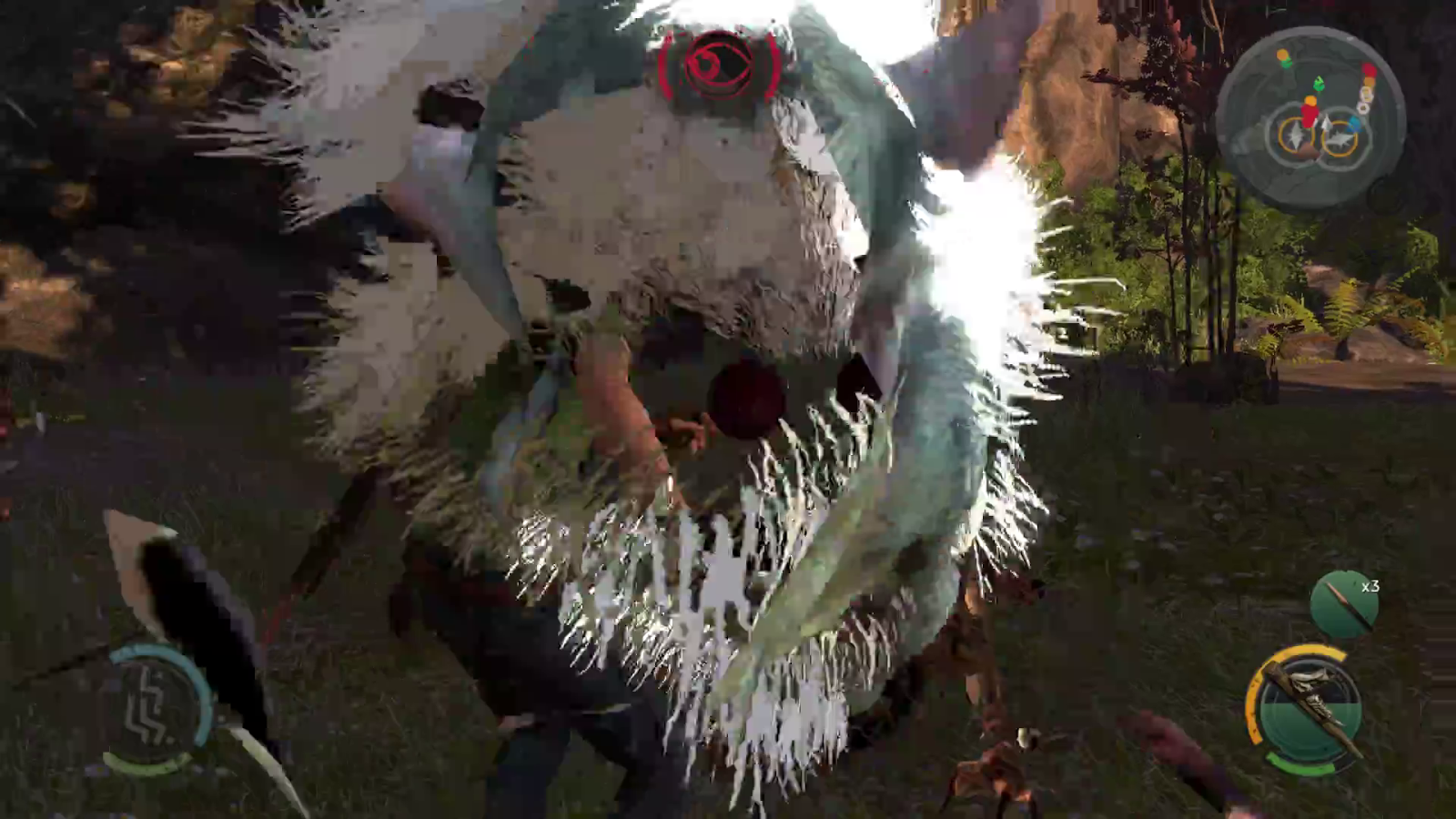 The platforming puzzles are pretty easy, except when the game’s controls make them impossible. To jump off ledges, you’re supposed to hold L to sprint, then just run at a ledge. This works until it just, for no reason, doesn’t. After successfully jumping off three platforms, I ran at a ledge ten times only for the game to assume I wanted to hang off it. Let me jump, Troll and I. Let me fucking jump, okay? 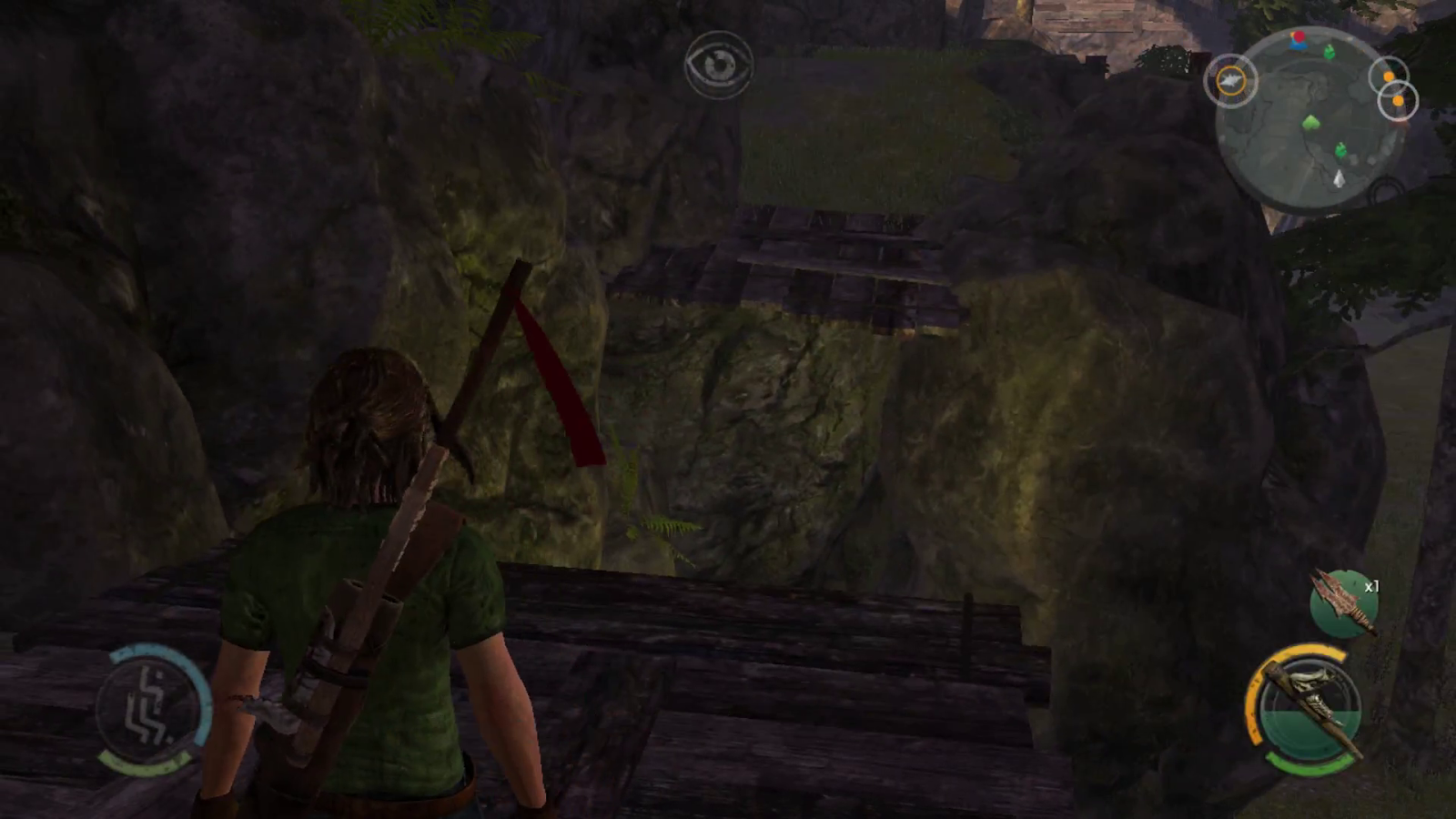 On top of all that, Troll and I is ugly. This game looks like the last holdout from the era where every game was rendered in shades of brown. The grass is dull, the sky hardly blue, the shadows are very pixelated, even the time I accidentally burned to death wasn’t very striking. If the game is striving for realism, the muddy textures and lighting don’t cut it, and it if wants to be light-hearted and cartoony, well, look at this terrifying troll: 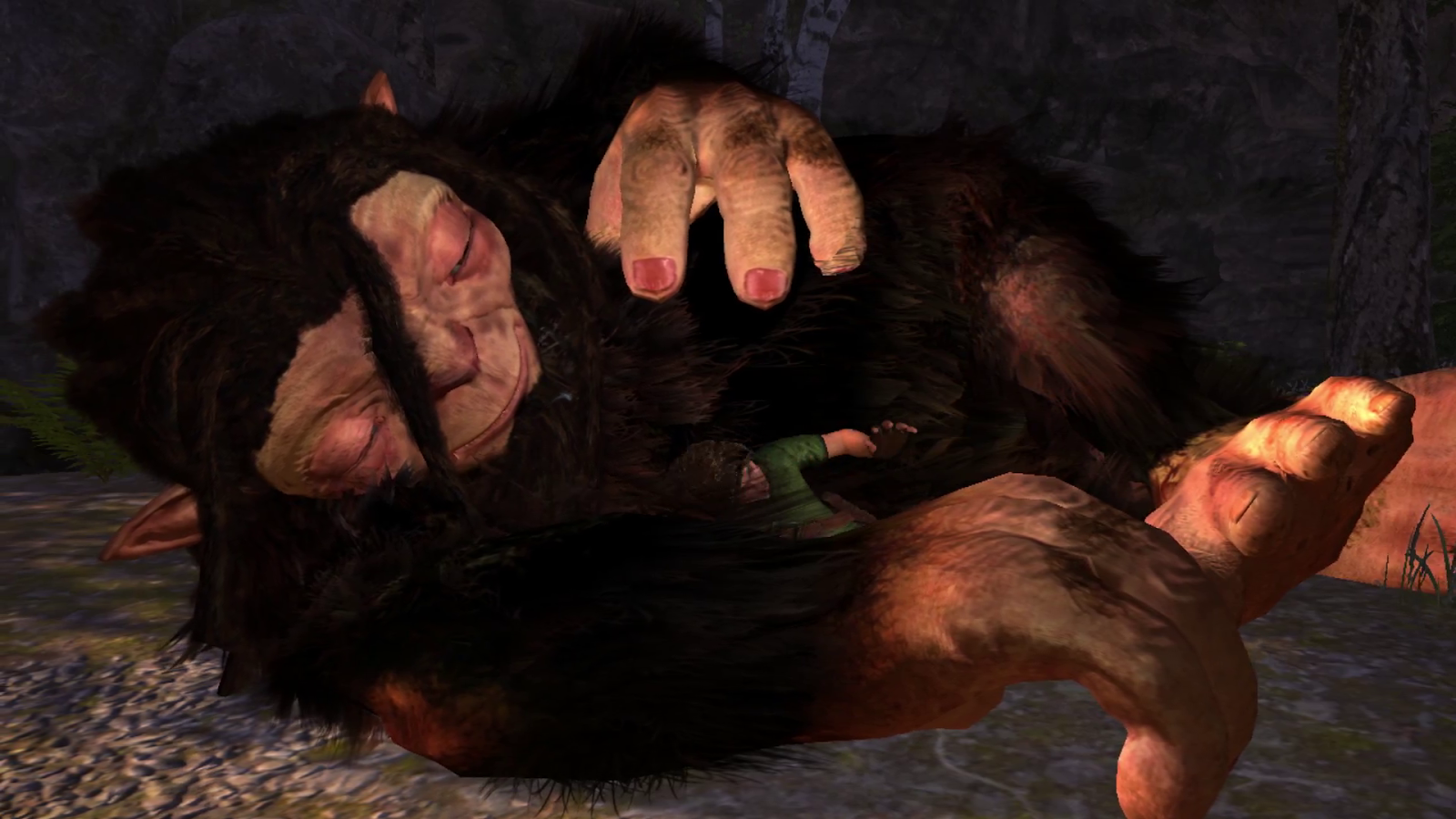 There are some hidden gems on the Switch, like Shephy or Implosion: Never Lose Hope. Do not mistake Troll and I for one of those. It has completely earned its notoriety. Please, don’t make my mistake. If you see Troll and I on the shelf, just turn away. It’s clunky, trite, not bizarre enough to make up for its shortcomings, and yes, it is absolutely the worst release on the Switch right now.