In Friday the 13th, the Real Killer isn’t Jason - it’s Your Teammates

The studio behind Friday the 13th recently revealed that the game has sold 1.8 million copies, even after connectivity issues, glitches, bugs, exploits and middling critical reviews. The fanbase still loves this teens-versus-Jason game, although they’re becoming rapidly divided—instead of fighting against and escaping from Jason, some players are joining in on his killing sprees.

It’s a safe bet that most Friday the 13th players have, at some point, accidentally killed a fellow survivor. It’s easy to do. Clunky controls often make for mishaps like running over someone who darts out in the road, or shotgunning the very person you were trying to save from Jason’s grasp. Maybe you set down a bear trap and some unlucky counsellor stepped into it. Unfortunate, but understandable.

But more and more players are becoming increasingly frustrated by the frequency of teamkillers—of being chased not only by Jason, but also by counsellors. You’ll see it on any social media site of your choosing: “Teamkilling is ruining the game for me.” “Every lobby I get into, there’s always that one player killing their own team members.” “Griefers and trolls have ruined the game for me”. It’s now rare to enter a public match and not find a teamkiller. 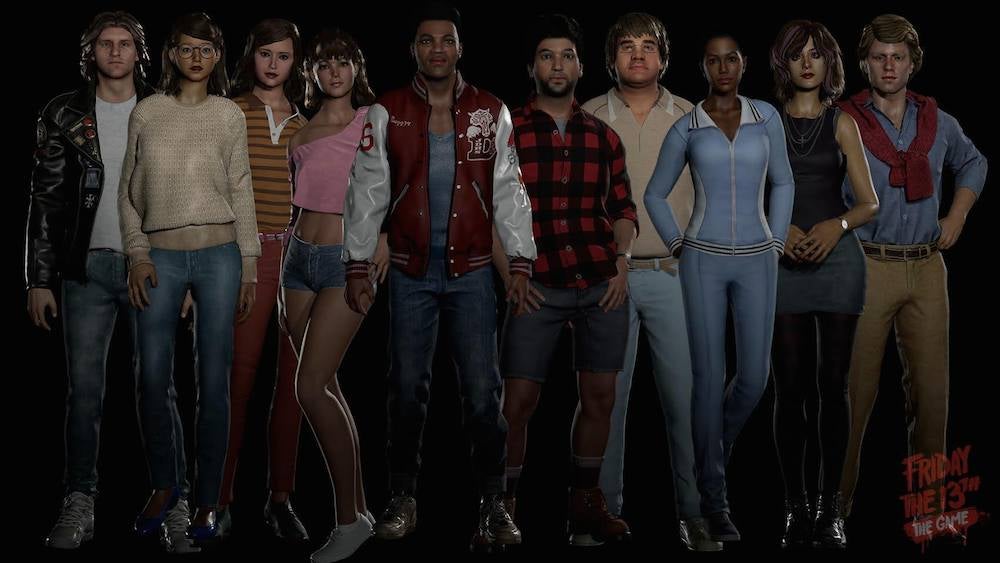 Sure, any online game will have its fair share of players who do this sort of thing just to be a jerk and get a rise out of people. But it’s different in Friday the 13th. One Reddit user and avowed teamkiller named Solid_Snake7 said he only started teamkilling after he reached the game’s level cap of 50, and found himself with nothing else to do.

“I reached a point where the only thing left to unlock were counsellor skins. XP and rank meant nothing to me anymore,” he told Kotaku via email. “The game became repetitive and I needed another way to make it fun (unfortunately it would be at the expense of others).”

“You’re just mad because the team killing will never stop. We own this game.”

He says he teamkills every other match, and admits that often his reasons are arbitrary or petty–he doesn’t like someone’s username, a player left a door unlocked, it’s roleplay, it’s revenge for death by Jason in an earlier round–and he knows he’s often ruined the game for others.

Solid_Snake7 recently boasted about killing all six of his fellow counsellors and then escaping, leaving Jason with a body count of 0/7 for the match. A few comments admitted to a grudging respect for the sheer audacity of such an act, but most responses were scathing: it doesn’t take skill to murder those who think you’re on their side, this is ruining the game for everyone and the community overall.

Solid_Snake7 was not cowed, instead putting forth a bleak picture of days to come for the unlucky ones who end up in a lobby with him: “You’re just mad because the team killing will never stop. We own this game.”

Boredom with the repetitive nature of Friday The 13th’s endgame turns out to be a common complaint amongst those who say they would otherwise never dream of purposefully murdering a fellow counsellor. Currently, there are only three maps in rotation. The mechanic of constantly opening and closing drawers in search of items can get monotonous. And of course there’s the fact that you have to spectate a match for up to twenty minutes after you die. Base stats for counsellors and Jason don’t level: experience is only used to unlock perks and outfits, as well as to unlock different Jasons and different kill animations.

Working with Jason by leading him to counsellors, or vice versa, is a bannable offense, but teamkilling alone is not.

Once you achieve all that, there are no goals to work towards, and XP is useless. And this leads to the other side of the teamkilling problem: There’s virtually no penalty for doing so. You lose 1000 XP when you betray another counsellor, but once you’re in the endgame, it’s useless anyway.

“There’s nothing left to do in the game for me,” Solid_Snake7 said. “The game gets really stale after doing the same thing every time. Teamkilling adds a new level of excitement.” Working with Jason by leading him to counsellors, or vice versa, is a bannable offense, but teamkilling alone is not, and development studio Gun Media has made no mention of removing it as a game mechanic.

Everyone is hungry for more content—more maps, more counsellors, more Jasons. With the game’s physical release coming up on the apt day of Friday, 13 October, here’s hoping Gun Media can give players the carrot and the stick—crack down with harsher penalties on deliberate team killing, but also give players more to do once they’ve finished levelling up. For now, it’s tough out there for counsellors who thought their only worry was the psycho in the hockey mask.

Stacie Ponder is a writer, artist, gamer, and swamp hag best known for her long-running horror blog Final Girl and her love of pizza.