When Street Fighter II hit the big time in the early 1990s, it spawned a lot of competition. Some of these rivals emerged as beloved fighting game series in their own right, and would live on for years. Others, like World Heroes, couldn’t quite escape the crush of the bandwagon.

Developed by Japanese studio Alpha Denshi and published by SNK for its Neo Geo arcades (and console), World Heroes was released in 1992, at the height of Street Fighter-mania.

And boy did it show. The game’s primary mode involved selecting one of eight players (the same number as Street Fighter) and then beating them all on the way to a boss battle. The game’s “star” was a Japanese martial arts expert, who had a twin character that dressed in identical robes, only they were red. There was an American wrestler instead of a boxer. There was a guy with extendable limbs, just like Dhalsim. There was a character with a dragon kick. Even some of the game’s graphics looked eerily similar, especially the effects used when somebody caught fire.

In the West at least, this helped the game - along with the relative rarity and cost of Neo Geo units - remain, at least outside the hardcore Neo Geo/fighting game communities, an obscurity. Which is a shame! Because World Heroes would go on to spawn a few sequels, and there’s a very good reason for this: the game was a lot better than most people gave it credit for.

Once you get past the stuff that was so similar to Street Fighter, you realise that there was a lot of stuff about World Heroes that was different. New. And awesome.

Like the game’s DEATH MATCH mode, which instead of being a traditional fighting game stage was a gauntlet, where you not only had to worry about the other player but also various traps and hazards littered across the stage, as well as the fact that if pushed (or thrown) to the edge of the screen you’d take damage from fire or electric shock.

It also had a feature the original Street Fighter included but not its sequel: pressure-sensitive buttons. Because the Neo Geo arcade cabinet only had four buttons, Alpha Denshi decided to use just three, one for punch, one for kick, one for throw. Which sounds minimal for a game hitting at the same time as a flood of six-button Street Fighter II cabinets, but because the buttons reacted to how hard you hit them, you only needed one for each action. As a part-time button-masher, I appreciate little things like this.

What I loved most about the game, though, was its batshit character roster. Look past the similarities to Street Fighter and there were some great fighters in there, like Rasputin the mad Russian monk, Jane (or Janne), a French lady-at-arms who is like a proto-Soul Calibur character, and of course, Brocken.

Brocken was basically Dhalsim. Only instead of being a spiritually-enlightened Indian, he was a cyborg Nazi. Who could shoot artillery shells out of his hands, and whose stage was an underground Captain America-style Nazi lair that scrolled past you as you fought on an elevator, complete with rows of Tiger tanks and fighter craft.

Later games in the series would introduce characters like the pirate Captain Kidd, a viking and maybe my favourite, the wonderfully-named JOHNNY MAXIMUM, a football player with a HUNGER FOR YOU.

What’s more, the series even snuck a few innovations into the fighting game genre, like shooting in mid-air and being able to jump on top of a jump for a multi-jump.

There would be a further three World Heroes games released after the first, each a year after its predecessor, giving it one of the fastest turnaround times in the genre. The last of these hit shelves in 1995, and that would be the last we’d see of the franchise, as developers Alpha Denshi first moved onto other games and then went bust in 2003.

It wouldn’t be the last time we’d see the games themselves, though, as they’d turn up as re-released on everything from the Super Nintendo to the PS2. Indeed, if you feel like giving the series a try a digital re-release of World Heroes 2 is out on Xbox One or PlayStation 4. 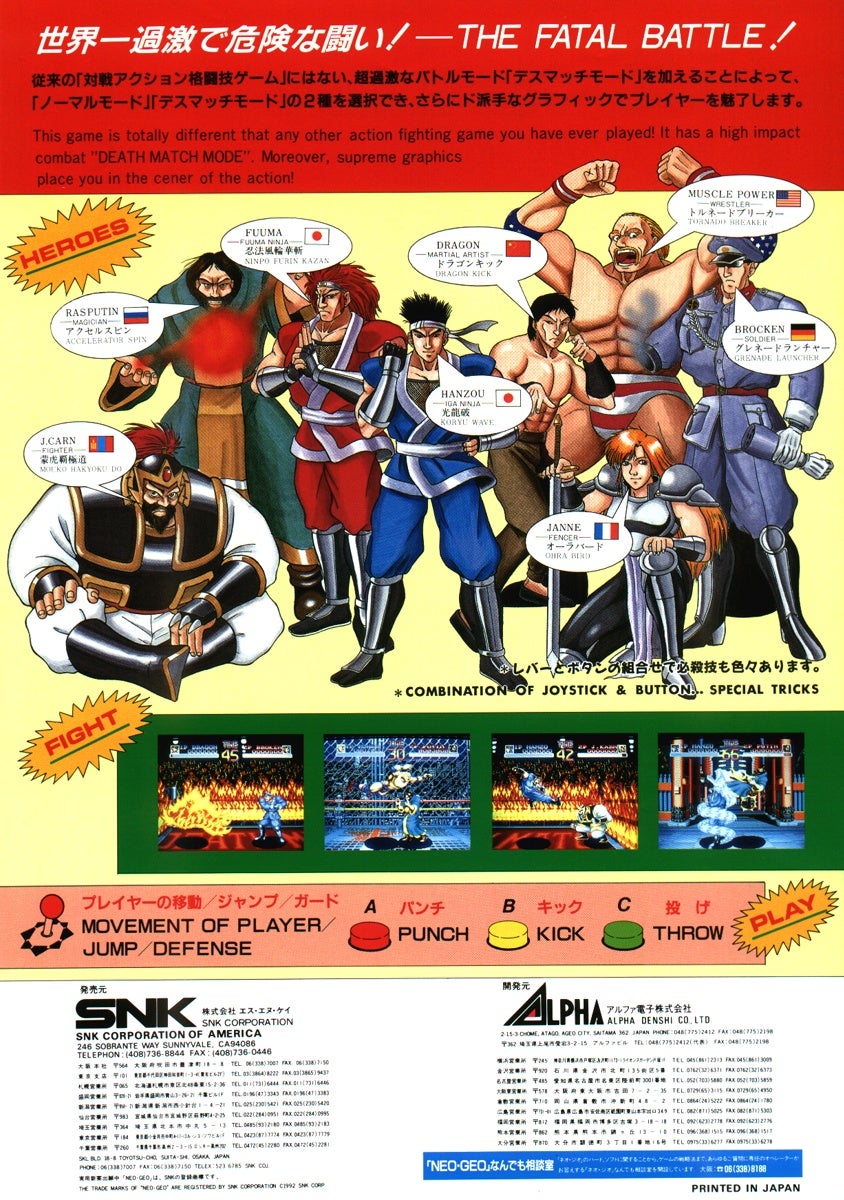