By Julian Benson on at

Gird your wallets, people, the Steam Autumn Sale has begun. Games are going to be discounted left, right, and centre between now and the 29th so you'll need to stay strong if you want to get through this and still have money for Christmas presents, rent, and food.

Head on over to the Steam Store to pick through all the deals.

Unlike the early Steam sales, flash sales and daily discounts are a thing of the past so don't rush into buying anything, besides the end of the sale on the 29th there isn't a fast time limit.

The deals that jumped out to me on a first glance are Far Cry 4 and Primal, both of which are 50% off at the moment. Just Cause 3 is down to just £10 and that thing is bloody lovely.

Besides the discounts and the sale, Valve has also announced something new: the first annual Steam Awards. 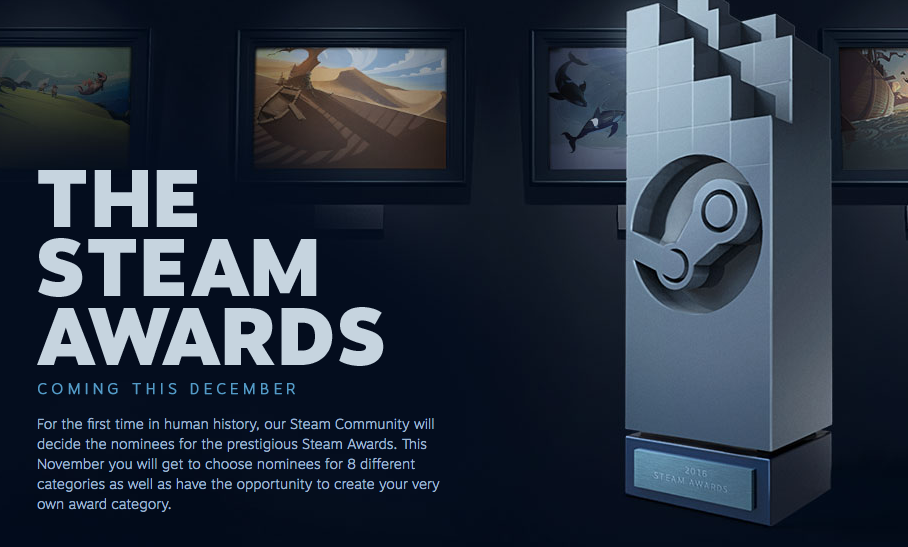 The categories are amazing:

As well as these, Valve is also inviting players to make their own awards.

Take a look through the link to find out how to nominate games for the awards.