The Division's New Patch Has Made the Game Much Better

The Division is worth playing again thanks to its ambitious new 1.4 patch. Ubisoft’s long-stumbling third-person shooter is back to rewarding players without forcing them to grind. It’s now more hospitable to people who play solo or aren’t levelled up enough to immediately find co-op partners. It’s still paradoxically drab yet beautiful, and it needs some new areas or missions, but it’s a good, fun game again.

The Division was patched last Tuesday. In the week since, I’ve only been able to play for a few hours, on and off. But a game that was once hostile to casual play now offers me so many ways to play it, so many options to choose from, and so many rewards for my efforts that even playing it sporadically this past week has raised me to the max player level possible (gear score 229). I’ve had a good time along the way and feel like I now have a chance to appreciate its strategic depths.

Previously, I’d been stuck. I’d cleared the campaign in the spring. I liked it playing some of it solo, and I had a great time randomly matchmaking with others to clear most of its story missions. In June, I tried the game’s first major expansion, Underground, and was excited about the concept of procedurally-generated subterranean levels tailored for co-op. Unfortunately, it seemed that Underground co-op was designed for people who liked to grind or who at least played The Division obsessively. Missions were unrewarding to play solo, so I attempted co-op. I’d try matchmaking with strangers but was too low-level to avoid being kicked. Worse, Underground and the rest of The Division’s endgame was weirdly balanced so that the gear you needed to be strong enough to comfortably clear its missions was usually only rewarded if you cleared those missions.

Before 1.4, it was very hard to progress without hammering at levels obsessively or without teaming with people in the game’s more loot-generous PvP and PvE area, the Dark Zone. I don’t play with friends, so the Dark Zone wasn’t a viable option. Too dangerous. Too many packs of other players looking to slaughter solo adventurers like me.

None of that is a hindrance anymore.

The changes in the new 1.4 patch are sweeping. Very little new content was added with the patch, but many of the game’s systems work differently. The most impactful change might be the introduction of world tiers, which establish the difficulty level of enemies throughout the game’s world and prime players for getting rewarded with better loot.

Initially, I was only powerful enough to play in World Tier 3.

Here was my character when the game first patched...

But Tier 3 was lucrative enough. After I left my home base, the first enemy grunts I encountered dropped an orange piece of loot. Orange is the second rarest loot classification in the game. I was already improving my character.

The World Tier system makes wandering through the game’s overworld of snowy post-terrorist-attack New York City interesting again. Enemies are tough, but taking them out is rewarding.

As I got better gear, I felt I was strong enough to try playing more Underground. At World Tier 3, however, matchmaking was a bust. I imagine most people playing are too high-level for Tier 3. Pre-patch this is the kind of thing that would have left me stuck, but the rebalanced Division was compatible with my situation. I went and solo’ed some Underground missions, which were challenging, as ever, but they now reward you with good loot. Soon enough, I was powerful enough to jump to World Tier 4, and once I was there, matchmaking was no problem. Plenty of people were around and up for a few missions in Underground.

Here, I joined with two strangers to blast through a mission and pick up more good loot.

And then one of those strangers and I did another mission together...

Along the way, I was even able to pick up more of the games unexpectedly good lore logs...

I wasn’t grumbling about the game anymore. I wasn’t kicked. I was playing, having fun, and improving.

By last night, I was already up from Gear Score 180 to the low 200s. I felt bold, so I tried the Dark Zone to see how I’d fare. Maybe the Dark Zone is still too rough for solo players like me. Enemy player gangs still roam those streets!

Even in the dangerous Dark Zone, though, I was able to find and extract some more good loot...

With 1.4, The Division’s developers added more progress-tracking to the game. You’re constantly filling bars that reward you with loot caches that contain good gear. Even failed missions aren’t a wash if you’ve bumped that progress bar a bit.

I kept getting better stuff and decided to try the Dragon’s Nest co-op Incursion last night. Last time I tried that, I could not hold my own. Last night, however, I did pretty well...

At least I was doing well until I got to the part with the fiery floor. I couldn’t beat that before I had to call it a night...

When I checked this morning to see how good my loot was, it turns out I was able to spec my character to Gear Score 229, the game’s current max.

Now I can focus less on levelling up and more on the perks and powers of the various pieces of in-game gear that I’ve collected. That way I can learn which load-out might best suit me the next time I’m in the fire-filled Dragon’s Nest. I’m actually looking forward to it, because I don’t feel like the game is asking me to grind to get its variety guns, backpacks and other gear anymore. It’s handing it all out for reasonable effort and then letting me learn what’s best to use.

The 1.4 patch didn’t add new missions, and the game really could use some brand-new things to do. That will presumably come in the next two planned expansions.

New content will help, but there is another thing that holds the game back that I’m not sure expansions can overcome. The game’s setting is still boring for the way it plays. This kind of loot game looks weird when put in a real-world context. It makes visual sense to see numbers (or words) sweat off an alien as you shoot them in Destiny... 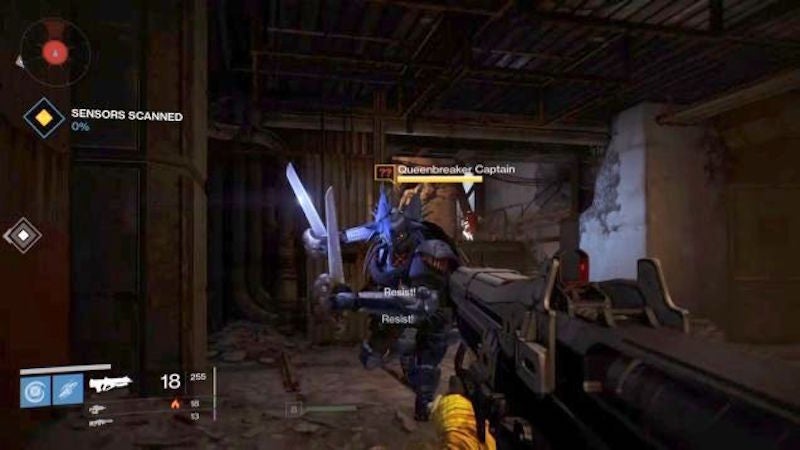 It looks strange, however, to see huge damage numbers sweat off some guy in a hoodie in The Division...

It’s also not the world’s most exciting thing to slay an enemy and obtain the mighty helm that is the mesh cap.

What matters most about most games is how they play. The Division, thanks to 1.4, now plays very well. I’m back in it.