When I first heard the original Silent Hill was getting a “reimagining” from Climax Studios, I groaned, thinking it was an attempt at a cash grab. I initially didn’t bother playing Silent Hill: Shattered Memories because no Silent Hill had been up to the quality of the first three (and, to a lesser extent, the fourth one, which is an entity in itself). But when multiple Kotaku readers pointed out that the remake was actually pretty good, I decided to give it a shot. The reimagining caught me off guard, crafting a unique, powerfully terrifying experience.

The entirety of Shattered Memories is framed by visits to a psychologist, Dr. Kaufmann. He’s an eerie shrink, reminiscent of an older Anthony Perkins. The whole time we were talking I couldn’t shake the feeling that he’d kill me if I answered wrong.

In the first set of questions, Dr. Kaufmann asks you to check off true or false on whether “I make friends easily,” “Having a drink helps me relax,” “I have enjoyed role-playing during sex,” and “I have never cheated on a partner.” As soon as you answer, he examines your sheet like it’s a petri dish of potential neuroses. “Never cheated on a partner. Really?” he grimly asks you while the eerie background music by Akira Yamaoka plays. The fact that Dr. Kaufmann looks directly at the player during these sections breaks down the division between the player and the player character, making these scenes all the more unsettling.

In horror films, the environments and characters are predetermined by the filmmakers. What makes Shattered Memories so compelling is the subtle ways your decisions and psychological profile affect the game. The attitudes and appearances of the game’s other characters change depending on how you answer Dr. Kaufmann’s questions. Focus on alcohol and drinking, and your reality reflects that. Shift your attention to more sexual elements and answers, and Silent Hill begins to curate to a more lurid setting. Depending on your answers, Cybil will change from being a brunette dressed for the winter cold to the familiar blonde officer we recognise from Silent Hill.

In another instance, Kaufmann asks you to use crayons to colour a house with a family in front. The actual colours you use match your in-game house. At least you think it’s your home, but when you knock on the door, someone else lives there. I couldn’t take my eyes off the house and the couple who lived there, clad in the same pink sweaters I’d coloured the figures in my drawing. I had to look back at my recording of my playthrough to confirm that my choices in hue were accurately represented. Had I really colored it that way?

The sessions with Kaufmann throughout the journey would continually force me to question my own memories. 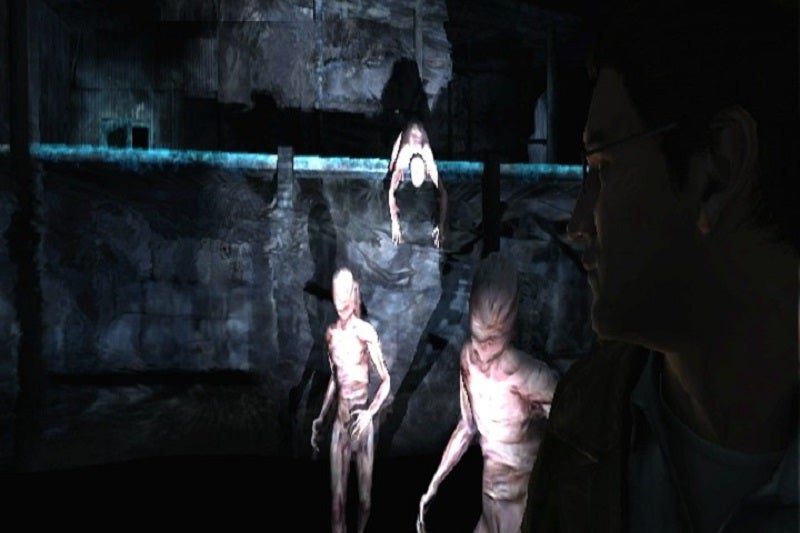 Silent Hill has always been about manifesting the darkest corners of the main character’s psychology. In Shattered Memories, fog is replaced by cold. The winter is desolate and bleak, congealing pivotal moments into a frozen labyrinth of a nightmare. There are no enemies outside of these nightmare sequences. The game is psychologically disturbing, but the decision to strip out monsters from the majority of the journey makes this, in a way, the least scary Silent Hill in the series because there’s never any danger of death — that is, until the frost hits.

Once the frost comes, you have to run from monsters in elaborate chase sequences. The Wii controls work great in exploration mode, where you point where you want your flashflight to aim, but in the nightmares, the control is unwieldy. A slight mistake in the angle which you fling your hands results in death and repetition (a problem that is avoided in the PS2 version). On paper, it sounds terrifying that you have no weapons and cannot defeat the enemies a la Clock Tower. In execution, it’s a gruelling exercise; a literal mad dash for an unforgiving blue. 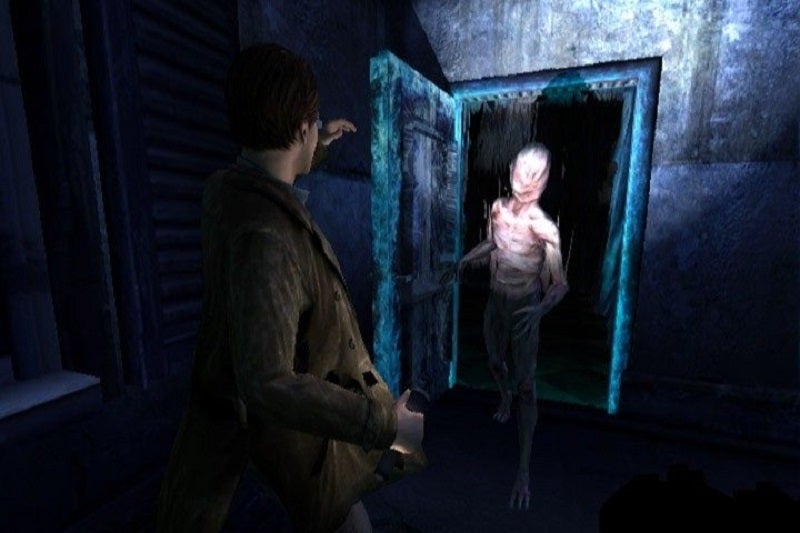 At the same time, this is how many people’s real nightmares play out – there isn’t much logic to them. When I was younger, I used to suffer from “night terrors”. I knew I wasn’t awake, but I knew I wasn’t sleeping either. I’d feel a shadow sitting on top of me, pinning me down, faceless, almost formless. It was terrifying feeling so helpless. Eventually learning the science behind night terrors did a lot to alleviate my fear, but Shattered Memories always brings those memories back.

Harry claims to have a perfect memory, but throughout the entire game he struggles to remember his relationships with those around him. Meeting characters like Dahlia and Michelle in the reimagined Silent Hill is surreal because they’re so different from their original counterparts. Even more fascinating is that, like everything else, their personalities will shift based on your choices, from overtly sexual to coy and demure. There’s an especially terrifying scene in which you start arguing about your past with Dahlia on a bridge when everything freezes and you fall into the river. Water pours in, messages appear in the frost telling you it’ll be over soon, and you seemingly drown to death, only to reappear in Dr. Kaufmann’s office. Is it a real memory? Or part of the illusion of Silent Hill?

Parts of the real story seep in through recorded conversations, text messages, and themes woven into the puzzles. A plot that seems as twisted and convoluted as the nightmares starts coming together, only to provoke more questions. Perhaps the original Silent Hill was only one of the interpretations of what actually happened.

It’s the final reveal that makes all the confusing moments suddenly find cohesion. This isn’t Harry’s journey — it’s actually his daughter, Heather’s. She’s the subject, reliving her father’s journey, or at least trying to understand it and come to terms with his death.

That’s why her/your decisions impact the physical representation of the game. We’ve always thought of Silent Hill from Harry Mason’s perspective, but this is the first time we get to experience it from Heather’s (who is also the protagonist of Silent Hill 3). Weird rumours and speculations on Heather’s life, especially during the school visit, make more sense when we realise who’s behind the projections.

But even that’s not accurate. It’s really your experience, your broken history of Silent Hill that you recollect in tatters. I wasn’t just afraid of some boogeyman, but myself, a type of horror I’ve never felt in any other medium.

Shattered Memories is the most direct look into one of the most significant themes of the Silent Hill series. The true horror isn’t a Pyramid Head, a monstrous Gum Head, or even your Room. Rather it’s our minds and the way we interpret our past, justifying a glacially warped city of grievances and regrets so we can find a way to either run away from or confront our fears.