Haydee is a hardcore puzzle platformer that’s currently tearing up the Steam charts. It also doesn’t know how breasts work.

I’ve played about thirty minutes of the game, during which I struggled with the controls and subsequently died many times, either because I didn’t know what to do or where to go. According to the developers, Haydee Interactive, that’s exactly what makes Haydee interesting: the game doesn’t hold your hand or tell you what to do. But let’s be real here for a moment. The big reason people are paying attention to Haydee is because of this:

An animation you will see many times during Haydee.

The protagonist’s breasts and bum are front and centre during Haydee (even the store description boasts that you play as a ‘sexy character’), whereas everything else feels sterile and boring:

Any time the game isn’t shoving bodyparts in your face, you can still hear the constant clack of your heels. I also kept getting distracted by the thought of how uncomfortable it must be to have that thong so far up her butt.

And yet, according to players who have sunk hours into the game, Haydee’s sexed-up appearance is deceiving. In the Haydee store page, the top-voted reviews say there’s a good game hiding underneath it all: 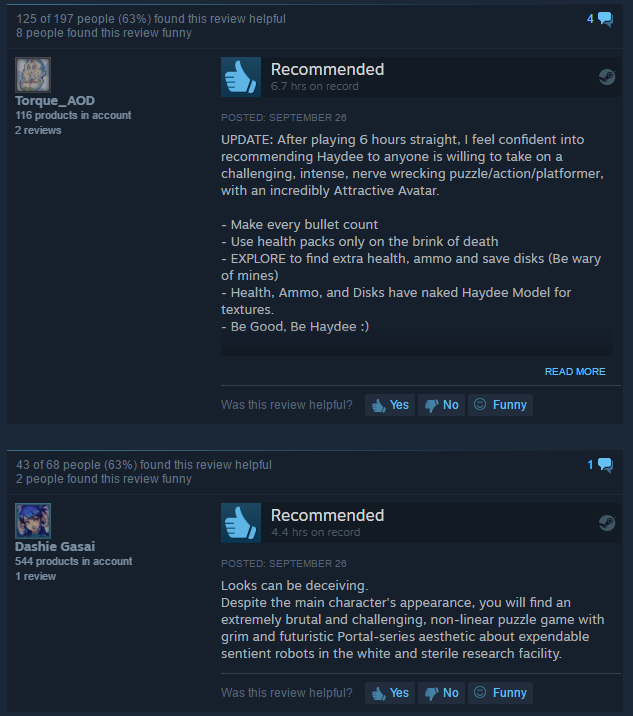 The third and fourth most voted reviews align more closely with what I experienced during my brief time with Haydee: 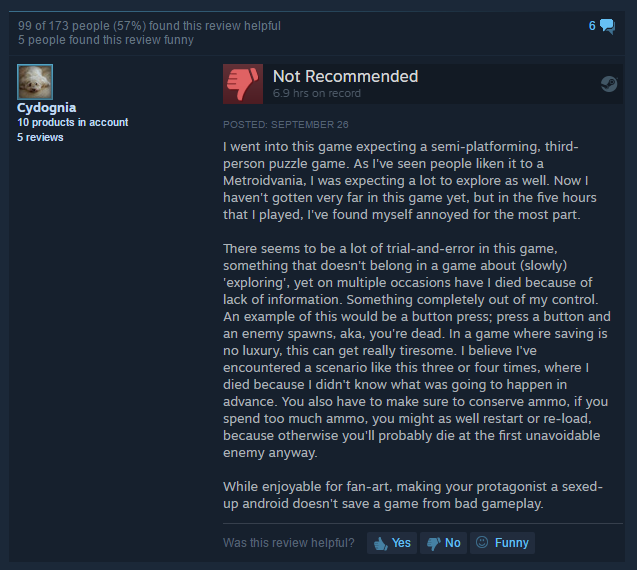 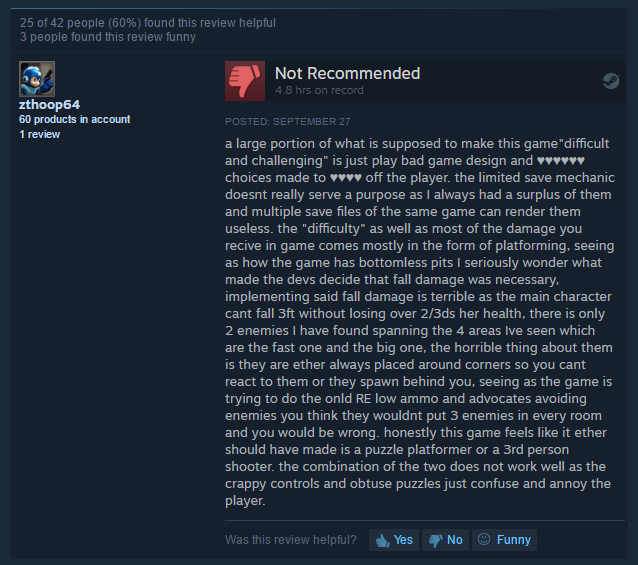 One thing’s for sure. If you’re going to put that much emphasis on the breasts and butt, they probably shouldn’t look like an invisible puppetmaster is constantly pulling on strings attached to the tips:

Then again, the protagonist is a half-human half-robot hybrid, so who knows what’s in those puppies?