Pokémon Go's Vaporeon Has Been Nerfed

Well, that was quick.

Earlier this week, we reported Vaporeon’s immense popularity in Pokémon Go—the best players around the world were flocking to this water Pokémon both because it was both easy to get, and because it packed a punch.

Well, some of that is changing now. As noted by Archangelus on Reddit, Vaporeon’s bread and butter, Water Gun, has decreased in power. Previously, Water Gun had a power of 10. Now it has a power of 6, as you can see in the screenshot below, courtesy of Alex Zandra: 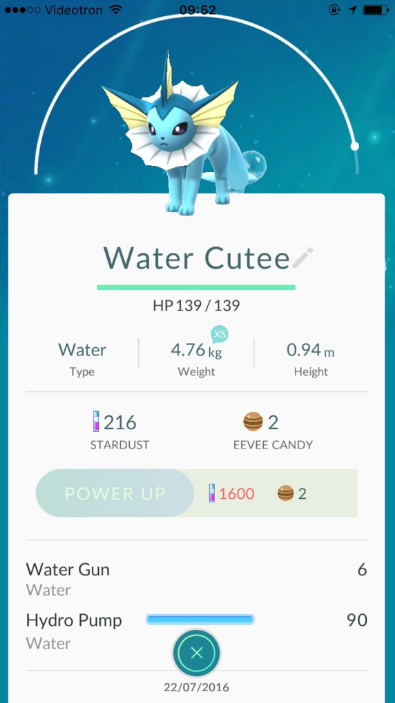 I asked multiple people to show me their Vaporeons today, and every single one had the Water Gun change.

With this tweak, Vaporeon will be slightly more balanced in battle. However, the move change in Pokémon Go was not Vaporeon-specific. Actually, over the last 24 hours, Pokémon Go’s entire moveset has been reworked. In general, it seems that special moves have been buffed, and some normal moves have been nerfed across the board, and you can see a chart chronicling the changes in DPS and damage here.

What does this mean for Pokémon Go? Well, my guess is that we’re about to see some new faces stationed at gyms, and not just the typical Vaporeon / Slowbrow / Lapras mix. Exciting! This is the start of a Pokémon Go metagame change.