While some local government officials are trying to get Pokémon Go out of public spaces, the Mayor of Dusseldorf has taken the opposite approach, blocking off a bridge in the city so that players can catch pocket monsters in safety.

The Girardet bridge, a small crossing over the Düssel (a tributary of the Rhine), is normally open to both pedestrians and cars. But because the bridge has Pokestops at either end — which can all be accessed if you’re on the bridge itself — it’s become a hotspot for players, with people coming from as far away as Holland to get in on the action.

With the crowds becoming too large for cars to pass safely, RP reports the Mayor has transport officials on-hand to close the bridge to traffic whenever necessary, leaving Pokémon Go players safe to do their thing. Authorities have also brought in portable toilets and extra garbage bins to cater for the influx of extra people in the area. 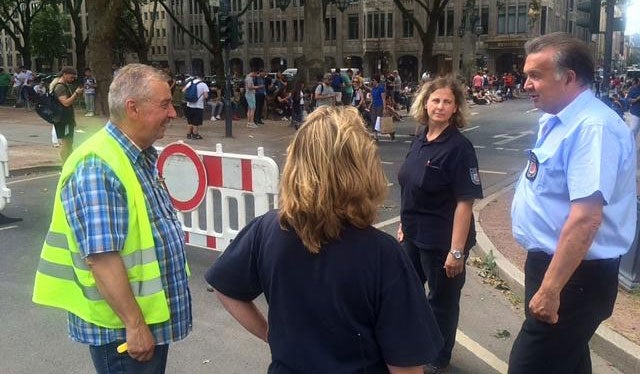 If that’s not nice enough, the local bus service is also planning special Pokémon Go trips where players can be driven around to the city’s best and most popular catching spots.