Cosplayer Could Lose An Eye After Contact Lens Mishap

A lot of cosplayers use coloured contact lenses to help them match the appearance of their favourite characters, but that use has a downside: when something goes wrong, it’s going wrong somewhere that’s both sensitive and pretty darn important for the cosplayer.

As Houston Press reports, cosplayer Johnny Hybrid is now painfully aware of this. While getting ready to go to the Space City Con over the weekend, Johnny washed his hands, picked up a bottle of saline, cleaned his expensive red contact lenses (he was wearing the same Gambit costume as pictured above) and dropped them in. 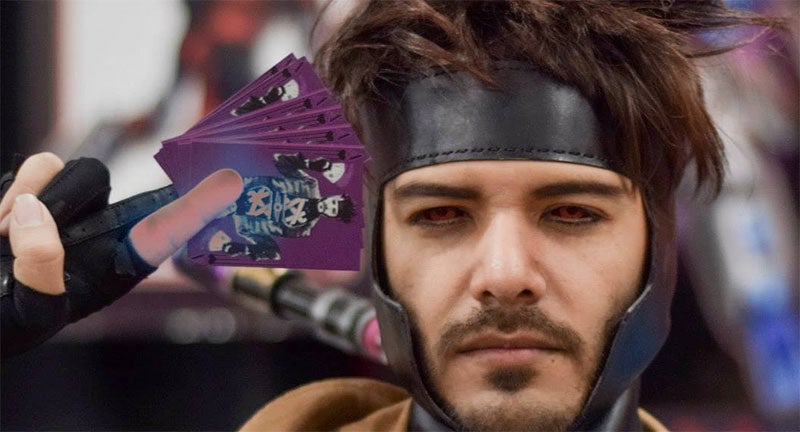 Problem is, his girlfriend and cosplay partner Yami had been using hairspray around the same counter the bottle of saline had been sitting on. With his hands wet from washing, when Johnny picked up the saline bottle, he got some hairspray on his hands, and thus also his eyes.

“So I pretty much put in lenses full of hairspray, which burned the crap out of my eye, like, holy hell did it hurt.” Johnny told Houston Press. “So out of sheer desperation, I pinched out the contact lens, taking a chunk out my eye with it.”

Racing to a nearby MedSpring urgent care location, Johnny was told that “he may lose his eye” as a result of the injury. He’s going to an actual optometrist later this week with hopes of better news.

Just in case, though, he says he already has plans for incorporating a leather eye patch into future cosplay.