The ambitious space game No Man’s Sky has been delayed, two sources tell Kotaku. We don’t know exactly what the new release date is — and it may not be finalised yet — but we’re hearing it’s been bumped until at least July or August.

Developed by a small UK-based team called Hello Games, No Man’s Sky has been much hyped since it was revealed back in 2013, seeing extensive coverage everywhere from the Stephen Colbert show to The New Yorker. Last October, the developers announced that it’d be out in June of 2016, but that appears to have changed.

A reliable Kotaku source was the first to inform us of the delay. A second source, who works at GameStop, said they received marketing materials today for No Man’s Sky with the original June 21st release date. However, shops were informed that the release date is no longer correct and that they should cover it up with a “Coming Soon” label: 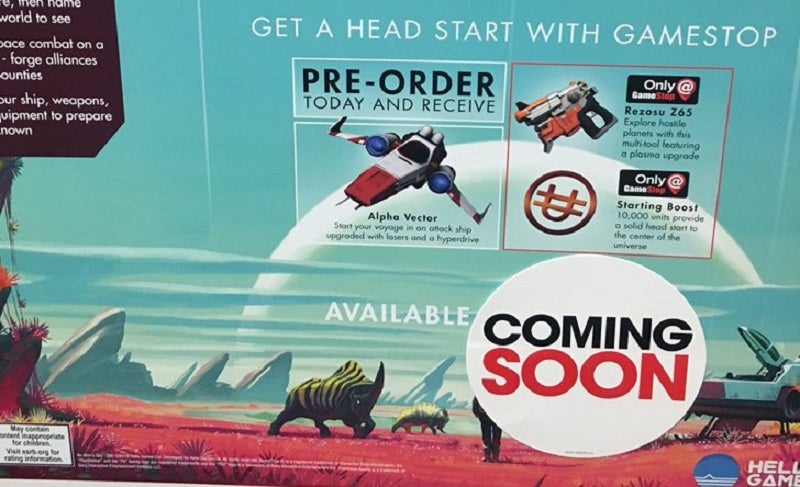 Sony and Hello Games did not respond to requests for comment by publication time.