By Mark Serrels on at

From Software has a knack for creating some super weird boss names.

I tend to completely ignore those names and just make up my own.

You sort of have to, especially when talking about the game in person. Let’s face facts: Chaos Witch Quelaag or Booby Spider? Which makes more sense. 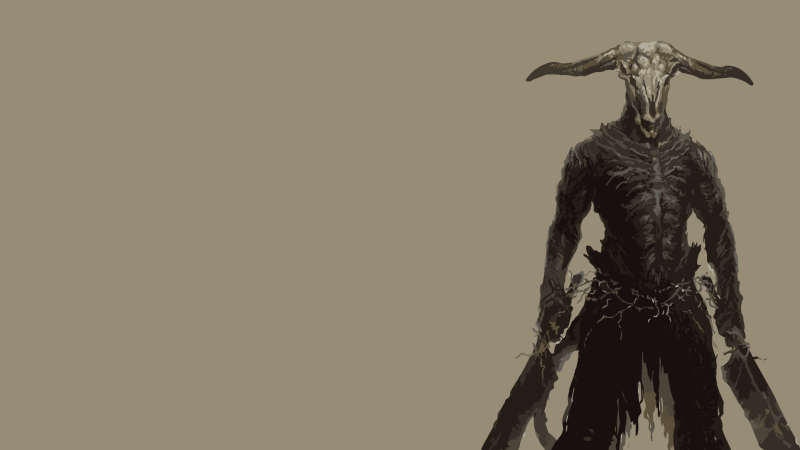 By the time I stumbled across the Capra Demon, I was already used to dying in Dark Souls.

But this guy just took things to a whole new level. I was under-levelled, just getting smashed in one hit. Utterly brutal.

Which is why I referred to him as “that big demon bawbag”.

For the uninitiated, I am Scottish. The word ‘bawbag’ means many things. It’s an insult that is sometimes used as a term of endearment. It is, literally, a synonym for ‘scrotum’. It is your nutsack. In Scottish slang ‘baw’ means ball.

I mean honestly, I’m still not sure how to pronounce Quelaag.

I got stuck pretty hardcore on the Chaos Witch Quelaag, to the point where I actually gave up on the game for a couple of months. When people asked me how far I got, I’d always just say “yeah that big booby spider kept kicking my arse”.

Thankfully I got back on the horse and beat that Booby Spider real good.

Dark Souls 2 had a lot of forgettable boss fights. The Smelter Demon was not one of them.

His name, however, is pretty forgettable so I just called him the Big Burny Man. He’s on fire. He’s burny. 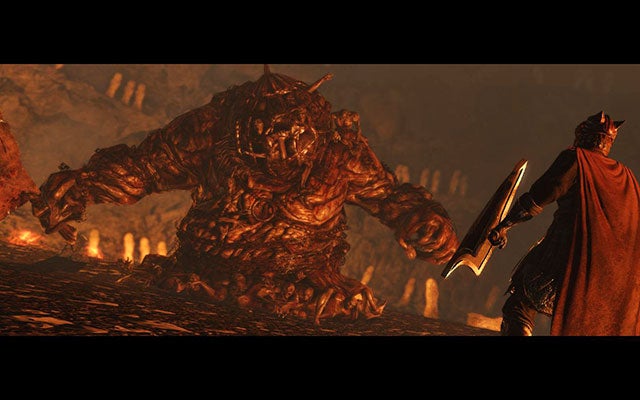 Old Name: The Rotten
My Names: The Big Stinky Guy Made Up Of Dead Guys

This isn’t the catchiest name I’ve ever come up with, but I guarantee I used this in conversation. My brother and I have spent a whole lot of time discussing Dark Souls bosses.

“Have you beat the big stinky guy made up of dead guys?” That’s a sentence I’ve actually uttered in real life.

He looks like a dog. He poisons you and messes you up. He looks smelly. He just does.

Paul Gascoigne. Troubled English footballer from the '90s. Glasgow Rangers legend. I grew up as a Rangers fan in Scotland. When you say the word Gascoigne you’re talking about Paul ‘Gazza’ Gascoigne. That loveable crown prince; that chubby booze guzzling genius.

Gascoigne is in a bad place now. That makes me sad.

Vicar Amelia is one of my favourite boss battles ever. Mainly because she howls like a goddamn banshee.

She really is a noisy dog.

I think by this point you’re getting a sense for just how bad an imagination I have. He’s a big skull, he wears bangles. These are High Lord Wolnir’s defining attributes

Real talk: this boss fight is so incredible. The setting, the way he slowly walks towards you and basically unsheathes what are basically lightsabers.

He is lightsaber dude. We all know it.

This post originally appeared on Kotaku Australia, where Mark Serrels is the Editor. You can follow him on Twitter if you’re into that sort of thing.