It’s not an open world game without hidden references and easter eggs. And Far Cry Primal has some pretty cool ones: some related to other Ubisoft games, while others to our own prehistory.

There’s a cool reference, for example, to the retro futuristic spinoff game Far Cry 3: Blood Dragon. Remains of a blood dragon can be found nearly at the top of the world map, inside an oversaturated cave, behind a waterfall.

A wooden, destroyed version of Fred Flintstone’s stone car can be found in hidden in the game. Sadly, it’s under water, so we can’t shock the people of Far Cry Primal with technology.

One of the signature moves in the Assassin’s Creed series is when the assassin climbes to the top of a high building and dives off from it to a haystack. One of the characters in Far Cry Primal attempts to do the same thing, during a mission called “Fly Like Bird”, with not much success. But that’s forgivable. It might be the very first Leap of Faith ever.

A prehistoric world isn’t complete with megalithic stone structures. It’s called Blajiman Stones in-game, but this location looks quite similar to Stonhenge, or how it might have looked like thousands of years ago. 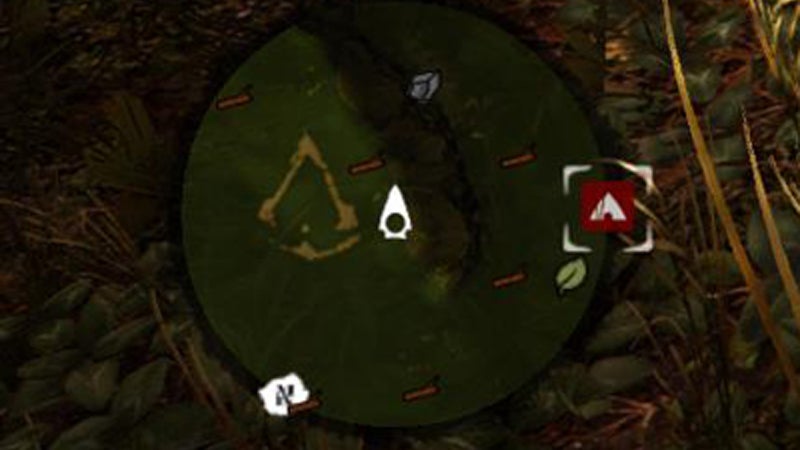 More signs of prehistoric assassins. The Assassin’s Creed series’ logo is engraved in the ground and can be seen on the minimap as well. You can find it in the southern part of the world map.

Ubisoft’s logo as a cave painting 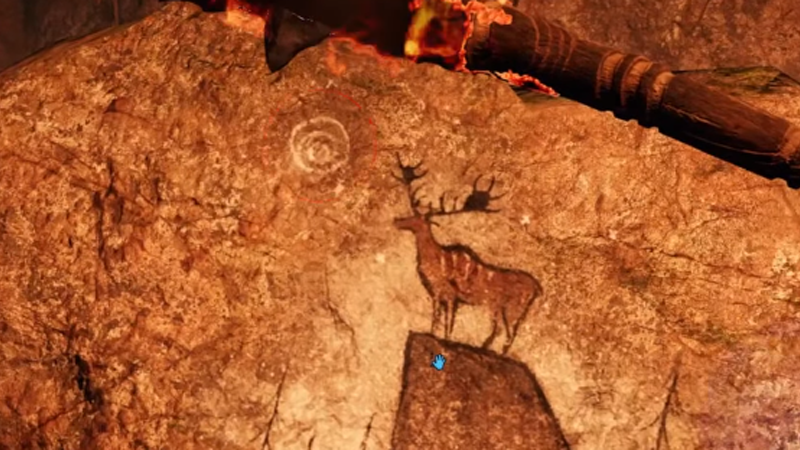 And if there’s an Assassin’s Creed reference, there must be an Ubisoft one too. The logo can be found in the bottom of a place called the Chista Cave, in the form of a cave painting.