Tips For Creating The Most Powerful Diablo 3 Characters

The real endgame of Diablo III starts in Adventure Mode, when our character finally finds one or two powerful items, and begins its journey to collect all the pieces required to clear everything on the highest difficulty levels in no time. The road to get there is bumpy, but our small guide might help a bit.

We already had tips for beginners, and for players who played the game years ago and want to come back for the new patches. So this time we won’t talk about Kanai’s Cube, or what to do after finishing the campaign. This batch of tips rather tries to give some advice for all the playable classes, how to play them on higher Torment levels, which legendaries or set items are the best for them and why. The end goal is to create a character on which all the items match perfectly with the chosen skills and the entire character feels like a puzzle, pieced together.

How to start gearing up for Torment I: Finding powerful items requires playing on higher difficulty levels. But playing on higher difficulties requires powerful items. It’s a catch-22 – but luckily crafted items help a bit. Crafted Cain’s and Aughild’s sets are perfect for not just levelling, but early bounty farming. It’s nothing crazy, but their set bonuses will help us gain Paragon levels more quickly and, more importantly, make killing elite packs a bit easier. Better set items and legendaries will drop eventually.

Is it worth keeping legendaries even if they look crappy? Absolutely. If you’re not familiar with your class and all the builds around, and found something that has a bonus affix, drop it in your stash. Bonus affixes are unique abilities and displayed as orange text on the item’s description. While advancing through difficulty levels, you might change gear and skills a lot as well, and you never know when that exact legendary in your stash could become an essential part of a new, more powerful build.

Besides a few essential items though, all classes are different and need different strategies, stats to boost, abilities to highlight. So lets focus on the classes and some items for them that might come in handy:

Their best set: The good old Immortal King’s set is still in business. Its bonuses to the Wrath of the Berserker and Call of the Ancients skills are just unmatched.

Fan favourite build: Top barbarians like to mix up a bunch of items from different sets. The above mentioned Immortal King’s set AND Raekor’s set and its additional bonuses to Furious Charge are quite powerful together.

Great Kanai’s Cube powers: That’s a lot of sets, so The Ring of Royal Grandeur is a must. It reduces the number of items needed for set bonuses by one, so it’s always a good choice if we’re using a lot of set items. The Vile Ward and the Standoff’s legendary affixes boost our Furious Charge skill further, so those should be our other choices. The Furnace is a good alternative (it’s actually a good alternative for all classes, but its drop rate is the worst) as well: elite packs will die in no time to that weapon.

Their best set: Instead of a 6-set bonus, top crusaders are only using the combined powers of The Wailing Host and the Litany of the Undaunted set rings. With these, every ancient legendary item equipped will increase the damage dealt by 100%. That sounds terrifying, and it really is!

Fan favourite build: The bonuses of this 2-piece set mean that the top crusaders’ favourite builds will include as many ancient legendaries as possible, focusing everything on resource regeneration, cooldown reduction and increasing the strength of one particular skill. Most of the time it’s the one called Bombardment. Ancient legendaries are hard to get, but almost all the top players are using this class in Season 5 and since patch 2.4. Right now they’re the most powerful ones.

Great Kanai’s Cube powers: Depends on the build. In-geom is a great choice all the time because of its powerful cooldown reduction bonus, but the weapon called Mortal Drama fits really well into a build that focuses on Bombardment. 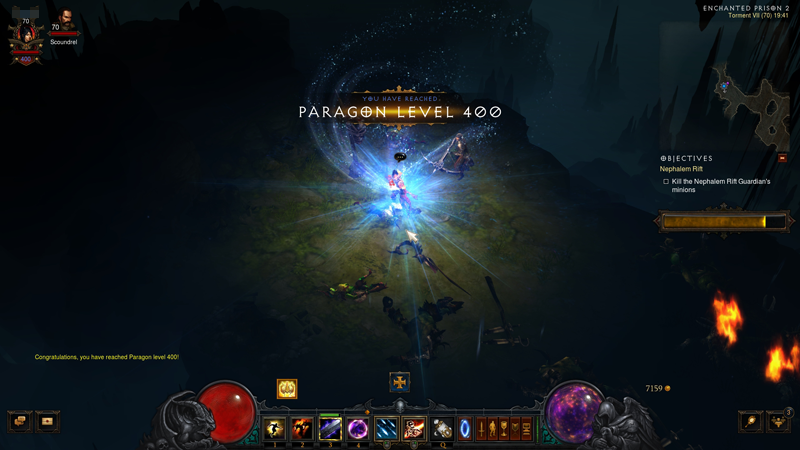 Fan favourite build: Any build based on the Marauder’s set is a winner, and a Bombardier’s Rucksack adds two additional sentries to an already Sentry-heavy play style. Anything that supports mobility (think about Vault) and skills such as Vengeance comes handy.

Great Kanai’s Cube powers: Top players like to use the legendary abilities of Dawn and another one called Visage of Gunes. Both of these boost the power of the Vengeance skill. The ring called Convention of Elements works pretty well too as it significantly increases elemental damage.

Their best set: Monks got a big nerf in 2.4 so they’re not as shiny (yet) as before. There are still some great builds and sets that’ll make monks unstoppable though. The Sunwuko’s set for example, focusing everything on the monks’ Wave of Light skill, is superb if we’d like to speedrun rifts and bounties. And of course we want to do that, monks are fast melee fighters. The reworked Inna’s set is also great but it’s more useful if we want to build a tanky character relying on Mystic Ally pets followers.

Fan favourite build: Anything that boosts skills such as Sweeping Wind (items like Kyoshiro’s Soul or Vengeful Wind) and Wave of Light (Tzo Krin’s Gaze or Pinto’s Pride) is gold. Some of these items, mixed up with some essential legendaries and Sunwuko’s set pieces, will make an awesome, fast, unstoppable monk.

Great Kanai’s Cube powers: If we’re using Mystic Allies, the Crudest Boots help a lot, since they can summon some additional allies. Other than that, the Flying Dragon weapon and its ability to double our attack speed is quite powerful, and some essential legendaries, such as In-geom or the Ring of the Royal Grandeur will work just fine.

Their best set: The Jade Harvester set is still amazing and makes the Soul Harvest skill super powerful. Reinforcing it with a Sacred Harvester weapon and its ability to further boost Soul Harvest will grant us the basis of a very popular Jade build. It’s still very effective in patch 2.4.

Fan favourite build: Although the Jade Harvester build’s pretty powerful already, all the top witch doctor players are using the same strategy top crusaders do: the 2-piece set of rings, The Wailing Host and the Litany of the Undaunted, and a crazy amount of ancient legendaries. Stick to a build using set items if you’re on lower Torment difficulty levels, and try to switch to something with ancient legendaries for Torment X and above.

Great Kanai’s Cube powers: The Mask of Jeram has a pretty cool bonus. With this head item, pets will deal 75%-100% more damage, and as witch doctors are heavily relying on pets all the time, this item (or more importantly, its legendary affix) is quite essential. Other than that Lakumba’s Ornament (more Soul Harvest bonuses) and In-geom (skill cooldowns are reduced) are always working too. As you can see there are some legendaries that work really well in Kanai’s Cube all the time, with all classes. 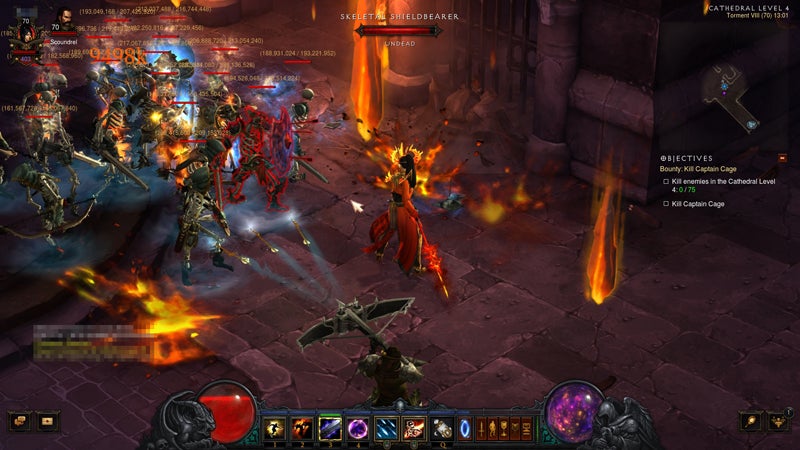 Their best set: The Firebird’s set is the best choice for rifts and bounties. With its set bonus it’s enough to just tag the monsters we encounter and the burning effect will do the job automatically. With the Tal Rasha’s set however we’ll do more damage and at the same time survive more easily.

Fan favourite build: While the above mentioned sets are still pretty powerful, the current top wizard players are using a build based on the Delsere’s set and its huge boost to Explosive Blast, Energy Twister and a whole bunch of other skills. This build requires some pretty rare legendaries, but if you can add a Twisted Sword and the Orb of Infinite Depth (both have additional boosts to the same skills) you’ll get a crazy powerful wizard. A build based on Firebird’s or Tal Rasha’s is pretty cool around Torment VI, but if you’d like to step it up and clear Torment X and crazy Greater Rifts, go for Delsere’s and the additional rare legendaries.

Great Kanai’s Cube powers: Depends on which elemental power is used in our build. The Cindercoat for example reduces fire resource costs, so if we’re boosting fire damage, the harvested Kanai powers should reflect that. If it’s cold, something that gives some extra cold damage (the Rimeheart is a good weapon choice for example) would work. And so on and so forth.