Every year in gaming is full of shocks and surprises. This year had some really good ones.

As we’ve done in past years, we’ve made a list of the best surprises from the year. Read it, and maybe you’ll even be surprised! (It can be fun to read back over our surprises list from 2012, 2013, and 2014, too.) Check back later this week for our complementary list of the worst disappointments. 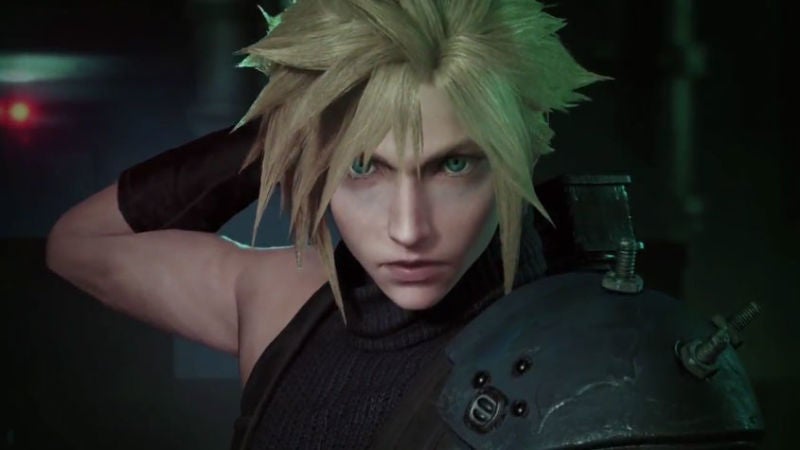 The surprise of the FF7 remake came, perhaps fittingly, in multiple parts: First, there was the excitement of the initial announcement, at Sony’s E3 press conference. Months before that, we had thought they were about to announce it. We were so sure. But they were kind of trolling. Closer to E3 2015, some very specific rumours were circulating, but it was still wild to see them confirmed. That initial reveal was significantly enhanced by the impressive game footage that Square Enix showed at the PlayStation Experience in December—footage that suggests this is an actual game that people will be able to actually play at some point in the actually somewhat near future. 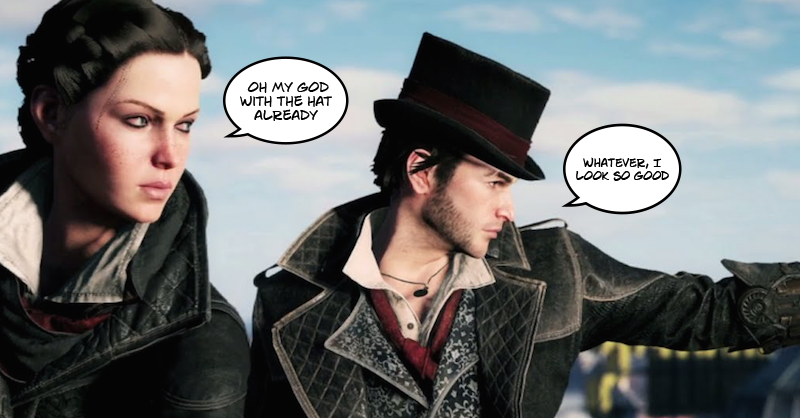 After last year’s disappointing Unity, the state of the Assassin’s Creed series was in some doubt. [Stephen: Maybe you should finish playing 2014’s wonderful Assassin’s Creed Rogue, Kirk!] While Ubisoft clearly has the manpower to crank out one of these games every year for the rest of time, was it possible that the series had run out of gas? Sure, the series had recovered from weak entries before, but could they do it again? Syndicate, while neat enough looking in previews and trailers, didn’t have us convinced… right until it actually came out, and we played it. Instead of the off-brand mediocrity we were braced for, we got a charming game with a great setting, winning cast of characters, and some mechanical improvements to combat and traversal that put Syndicate near the top of the Assassin’s Creed heap. All that and a non-awful PC port, to boot. Some of the same old issues remain—the control scheme is still weird—but all the same, Syndicate was an unexpected winner. It even knocked our beloved ACIV off our list of best games for Xbox One and PS4. 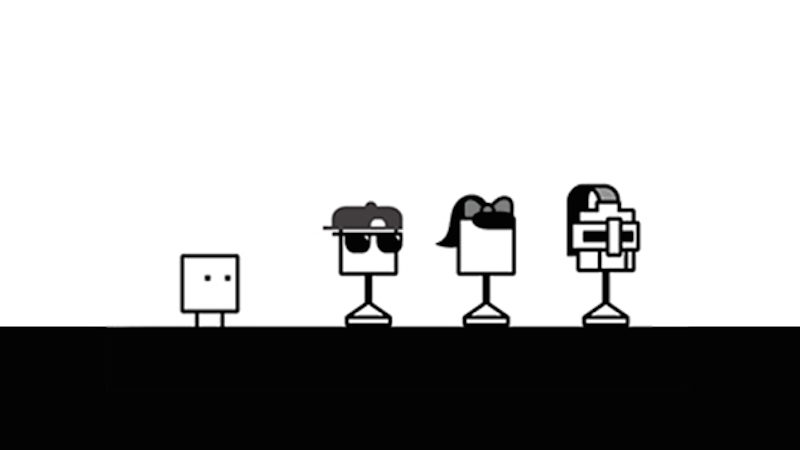 Sometimes you go download a simple black and white puzzle-platformer for the 3DS and it winds up being one of the best games of the year. from HAL Laboratory’s BoxBoy was a real charmer—it was smart in the simplest way possible, which is often the hardest way to be smart. Those sorts of 3DS games are always surprises, which is easily one of the most charming things about them. 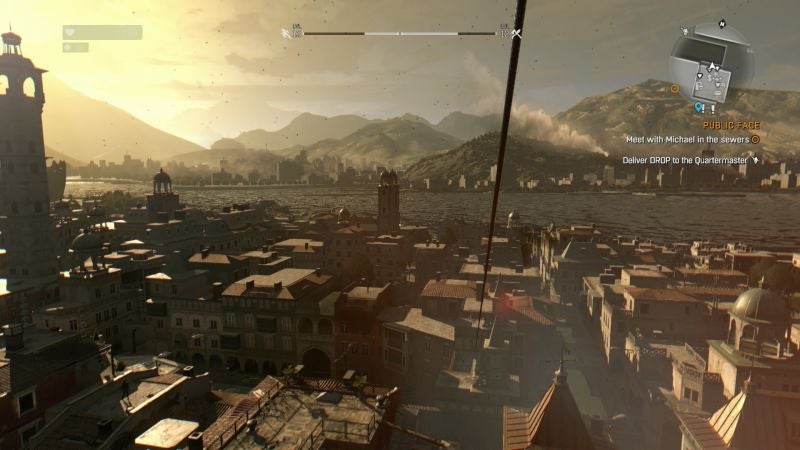 There isn’t any one thing about Dying Light that earns it a spot on this list; it’s more just that the game was far better than we were expecting. Developer Techland smartly built on the formula they set up in Dead Island, and the resulting game is just the Far Cry 2 + Zombies game we didn’t know we wanted. On top of that, the developers have remained admirably committed to post-release support and exude an unusual enthusiasm for their own game. By all expectations, Dying Light could’ve just been another play-and-forget open-world zombie game. What a nice surprise that it managed to be more. 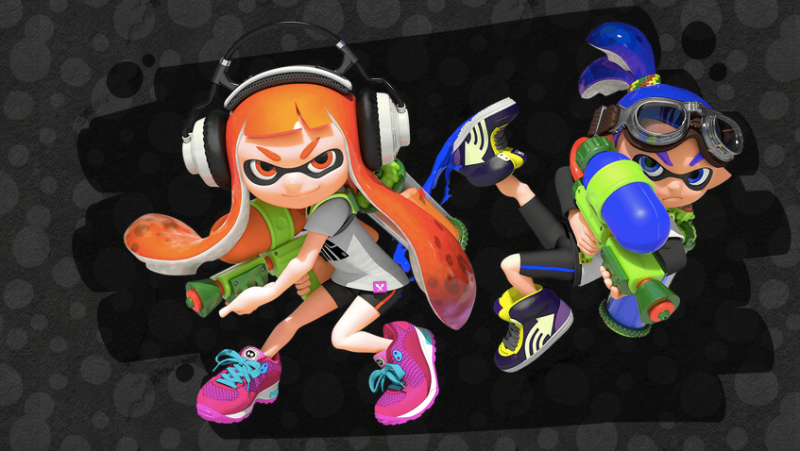 In 2015, Nintendo published a multiplayer-centric Wii U shooter where players control teams of kids armed with ink guns. Sometimes, the kids transform into squids. That description may suggest a cute niche game with a small cult following, but Splatoon did not turn out to be a cute niche game with a small cult following. It was, in fact, one of the Wii U’s standout successes of the year, a daring and inventive game that was silly, stylish, and above all else fun. At the historically “core”-focused Game Awards in December, Splatoon was named 2015’s Best Shooter and Best Multiplayer game. Halo and Destiny were nominated in these categories; so were Call of Duty and Star Wars: Battlefront. But nope; the awards went to the cartoon game with the squid-kids and the ink guns. 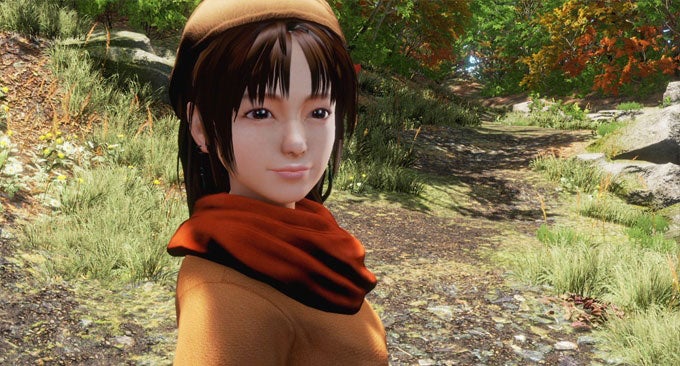 Here’s another one no one was really expecting. (The crying guy who stood up out in the audience during the announcement was probably not expecting it, anyway.) But: Shenmue 3! Sure, the big E3 reveal was really just an announcement of a Kickstarter, but the campaign raised more than $6 million. Considering that Sony is also helping make the game, here’s hoping it actually happens.

The Size Of Destiny: The Taken King (And The Dinklage Swap)

As Destiny ambles its way through a less-than-certain second year, it can be easy to forget just how surprising some aspects of The Taken King expansion were. We were expecting something slightly larger than the Dark Below or House of Wolves expansions, and instead we got something substantially larger. There were new multiplayer maps and modes, sure, and the core story missions were well made. But after Oryx fell (for the first time), the game then opened up into a whole new set of missions and challenges that had us and our friends running around every planet, summoning mini bosses, hunting for secrets aboard the Dreadnaught, completing ridiculous exotic weapon challenges, and digging through the game’s most obscure areas for clues. Sure, we hardcore players have mostly run out of things to do now, but for a couple hundred hours in the early fall, Destiny felt bottomless again. Equally surprising was the unprecedented decision to remove Peter Dinklage’s voicework from all of Destiny, replacing him with a less bored-sounding Nolan North.

Telltale Makes A Great Story Game Out Of... Borderlands?

The Walking Dead was one thing, but this? Even after a promising first episode in 2014, it’s unlikely that many people were expecting a licensed Telltale Borderlands tie-in to be one of the funniest, most charming games of the year. Keep an open mind, people! The rest of the episodes, released throughout this year, were very good. TftB devotees on our team spent most of the year waiting too long between episodes, re-telling old jokes, trying to convince friends to play, and listening to those killer opening jams on a loop.

A Video Game About Car-Football Becomes An Obsession

What is it about Rocket League? At first glance, Psyonix’s cars-playing-football game looks like any other creative, snappy competitive indie game. But there was just something more to this game, some hard-to-articulate hook that caused it to become a full-blown phenomenon. The core idea wasn’t exactly new, but it was executed perfectly. It was almost as fun to play badly as it was to play well. And it helped that all PlayStation Plus subscribers got access to the game for no extra cost. Regardless, Rocket League wouldn’t have become the obsession it became if it hadn’t been a well tuned, fun-as-hell game.

Not every Ubisoft game leaks, which is a surprise in and of itself. At Ubisoft’s E3 press conference, one game caught us totally by surprise: South Park: The Fractured But Whole. After the arduous development process of The Stick Of Truth, the show’s creators swore off making video games, only to change their minds and decide to make another one. We’re glad they did. 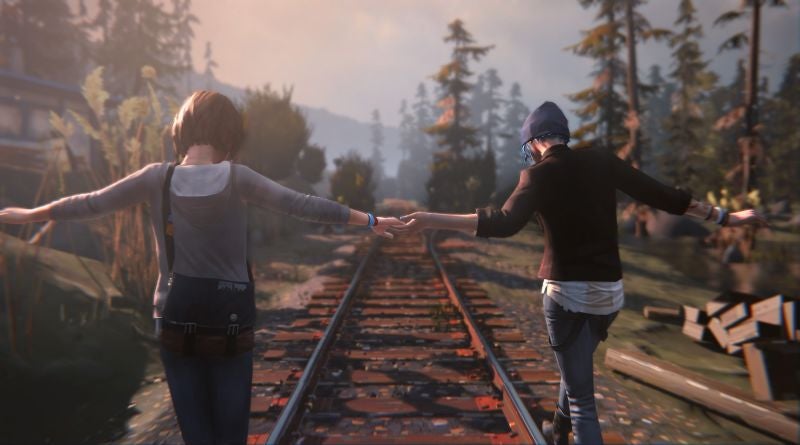 The second episodic surprise on this list, Dontnod’s Life Is Strange came seemingly out of nowhere. Players fell in love with it; forum theorists obsessed over it; fan art-creators went nuts for it. Built on some of the coolest ideas from the French studio’s ambitious but flawed Remember Me, Life is Strange spun an occasionally saccharine but no less compelling coming-of-age story that mixed supernatural time-travel and mundane high school drama into a heady mix of apocalyptic crisis and old-fashioned teen angst. The story may have been all over the place, and the ending may have been a hot mess, but the game itself—bolstered by some extremely hard hitting stuff in the middle episodes—was unforgettable. The biggest surprise of all? By the time the final episode ended, we’d more or less come to accept the weird way all the teen characters talk. Bye, Max and Chloe. We’ll hella miss you.

This is a list of surprises, and was there any more ridiculous surprise this year than the announcement that Final Fantasy VII’s hero Cloud Strife is coming to Smash Bros.? We submit that there was not. The reaction to this one was so funny that they almost don’t need to put him in the game—just seeing people (read: Jason Schreier) freak out over it was almost enough. Then again, not everyone was surprised: This dude called it back in 2011.

Until Dawn Is Corny, Goofy, Great

This game should’ve been bad. It looked so corny, like a cheesy off-brand David Cage game, trapped at a gas station in the most desolate corner of the uncanny valley. It had also been in development since 2012, when it was a PS3 PlayStation Move game. Horror, indeed. And yet… the finished game was really good, a shot to the system for horror fans and a brilliant game to play from the couch with a group of friends. The cheesiness, the thin characters, the ridiculous plot contrivances; it all came together into something that mostly worked, largely because the game’s creators so enthusiastically embraced its teen-horror roots. RIP Emily, you really were the worst. 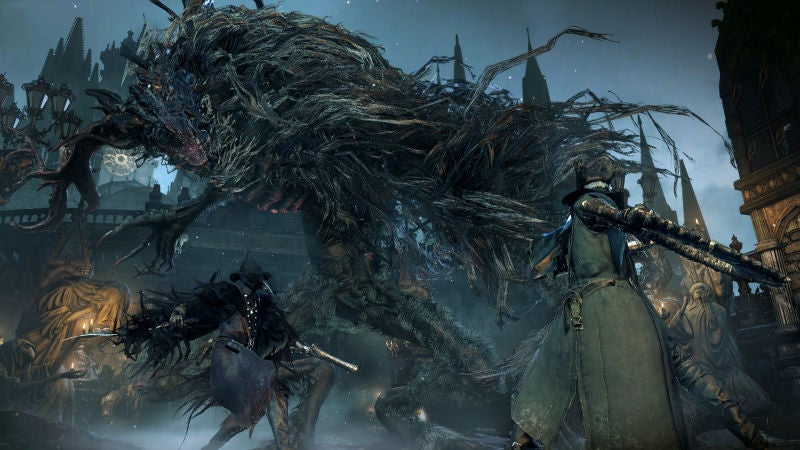 When I beat the final boss and watched the final cutscene, it slowly sank in that I’d actually finished a From Software game. I survived every level! I beat every boss! I did it! I’m as surprised as anyone about this. 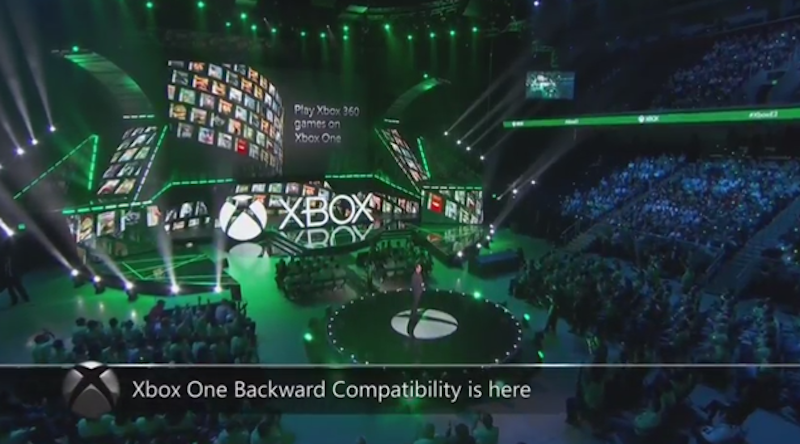 Xbox One Gets Backwards Compatibility

What a shame it was that the PS4 and the Xbox One launched without backwards compatibility. For a while, it seemed like this was simply How Things Are Now, and then Microsoft announced in June that limited backwards compatibility was coming to the Xbox One,. They delivered a short time later. Granted, it’s limited to an apparently growing list of supported games, so you can’t just throw any old Xbox 360 game into your Xbox One and play it. But it’s better than nothing, doesn’t cost extra and frankly, we’d kinda just resigned ourselves to keeping our 360s plugged in when we had a hankering for Gears of War 3 or Fable II. (We would like to add a mention of Red Dead Redemption to this list and will happily update this post accordingly, should Rockstar and Microsoft decide to do something about that in the next few weeks. Just saying.)

Those were our favourite surprises of 2015. Of course, there were likely some things that surprised you that maybe didn’t surprise us quite as much. Share your own favorite 2015 surprises in the comments below.