These Avengers 2 Figures Are Amazing as Usual

While the world is raving about the new Captain America: Civil War trailer, on my shelf, it’s still The Age of Ultron.

It’s been a while since I’ve last written about a figure from Hong Kong collectible maker Hot Toys, but that doesn’t mean I haven’t been collecting them. After completing my first Avengers collection, I gave the Earth’s Mightiest Heroes to a friend undergoing cancer treatment. (As of this article, they’re adorning the wall of his comic book store.) 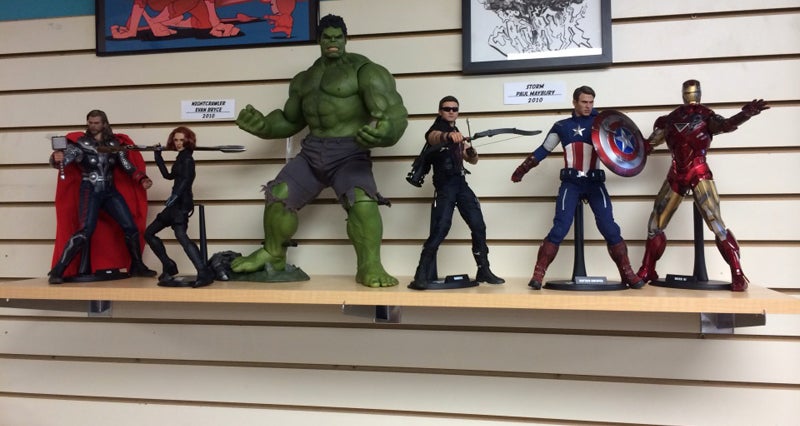 That said, the gift of the Avengers was done with the knowledge that I was hoping to collect the figures from Hot Toys’ lineup of Avengers 2: The Age of Ultron figures. And here they are in their wallet-burning glory (at least the ones I’ve collected so far...) 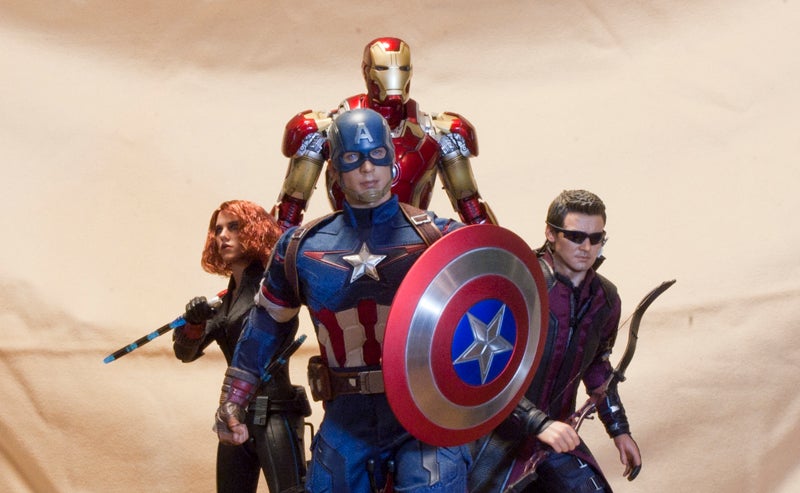 Full disclosure: Every figure was purchased with my own money. It hurt.

That’s Captain America, Black Widow, Hawkeye, and the Iron Man Mark XLIII. I know that the Hulk has been recently released, but considering how much it costs and how much I’ve spent already, I’m going to settle for the human-version Bruce Banner.

As is usually the case, the likeness of the figures’ faces to their real life actor counterparts is not 100 per cent perfect, but still superb. The heads are probably being reused from previously released versions of the figures, but that doesn’t mean the paint job still isn’t a marvel to see every time I take a close look at them.

The more I look at Cap’s uniform from Avengers 2, the more I like it. While I love Joss Whedon as a writer of character and story, as a director, his cinematography skills are somewhat lacking in capturing the subtle details of the costumes of the characters in his movies. The way the costume incorporates all the classic features of Captain America’s costume while making the suit seem real, modern, and plausible is something you don’t really get to appreciate unless in this form. 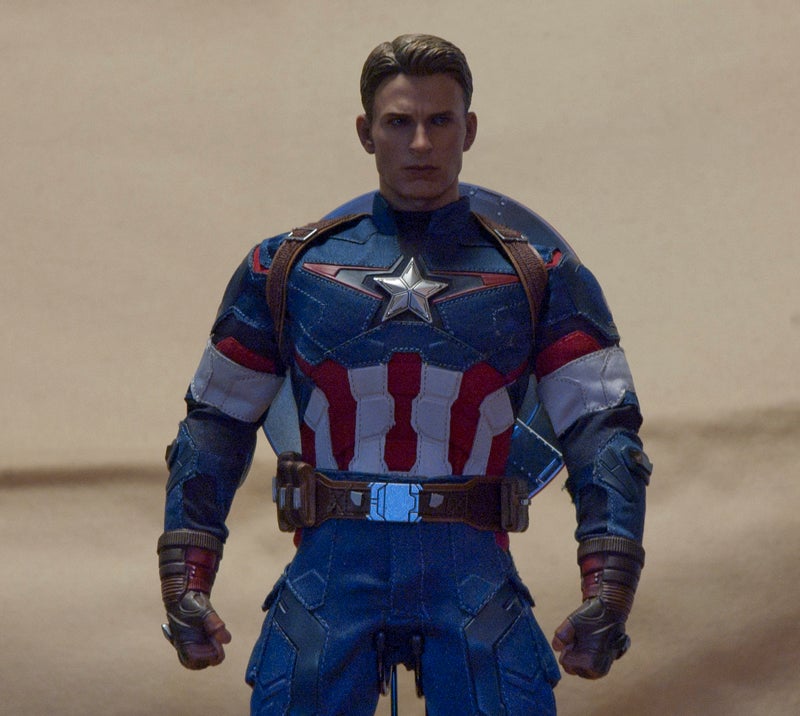 Of all the Avengers figures released, Hawkeye has always been my favourite for the amount of options and possibilities the figure has in its arsenal. Hawkeye is another character whose costume is really a work of art in its layers. That, added with the fact that the manufacturers at Hot Toys were able to miniaturise it, is pretty amazing.

Black Widow seems to have a habit of going through hairstyle changes with every movie she’s in and the Hot Toys figures do their best to keep up. While I really like how the figure has realistic hair to add to the realism, it can be a bit of a hassle to set at times. The figure also comes with two futuristic-looking rifles that aren’t in the movie at all. Maybe they were planned but never used? It’s a shame, because they’re pretty bad-ass. 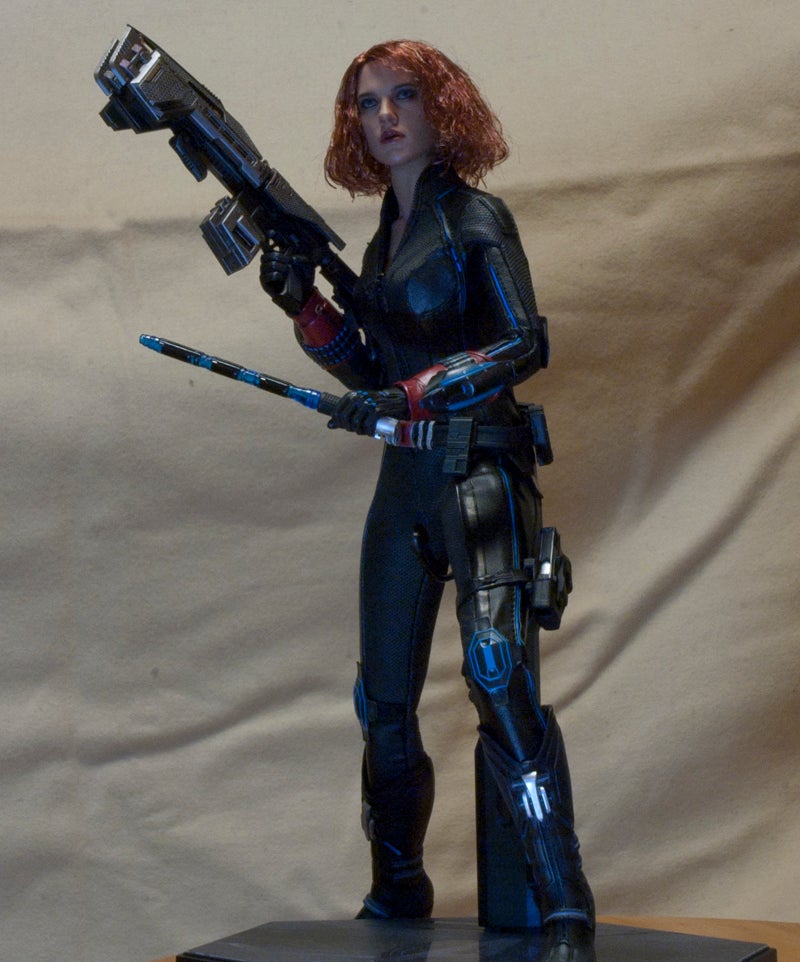 The crème de la crème is the Iron Man Mark XLIII suit. From Hot Toys’ Diecast line, the figure uses real metal parts throughout its body giving a weighty presence not possible with just plastic. As cool as it is, the Mark XLIII is essentially the Mark XLII after Tony Stark went to a hardware shop to pick up some red paint. However, there are a few minor gimmick upgrades to the figure that help in its posability. 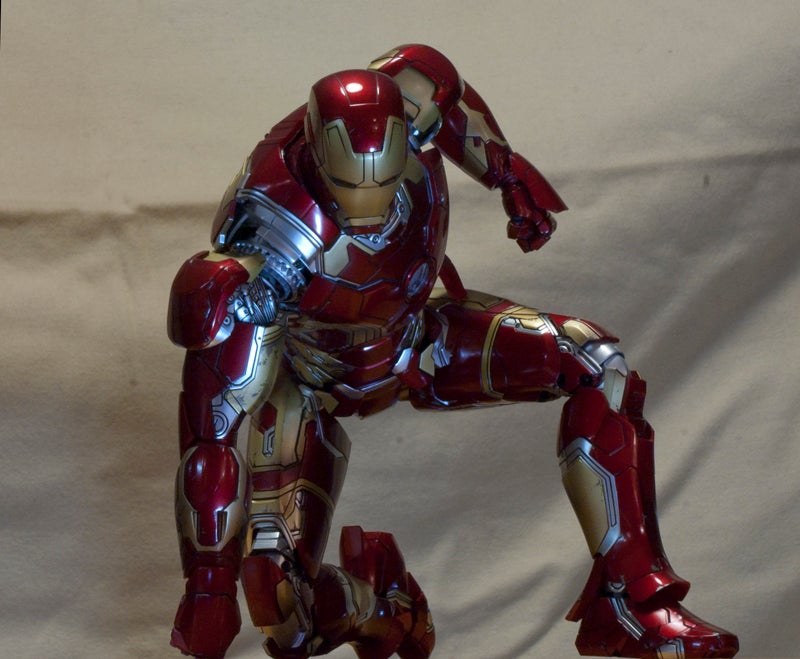 Having it also allows me to do things like this. 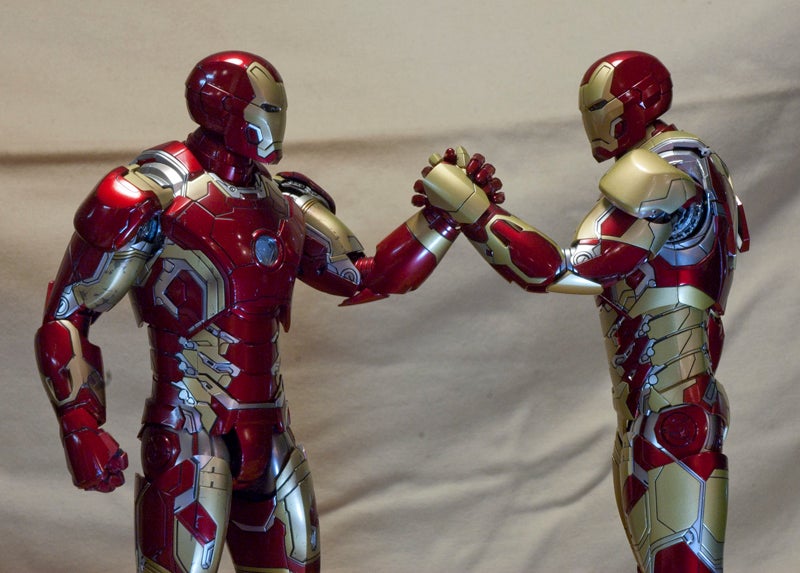 The figure is also the only one that comes with a special stand. A mini diorama and a destroyed Ultron Prime for added atmosphere. Too bad the other figures couldn’t come with stuff of their own. Maybe each character could have had a different piece of Ultimate Ultron that can be pieced together when you collect them all... Oh, man, Hot Toys, you missed a great marketing opportunity. 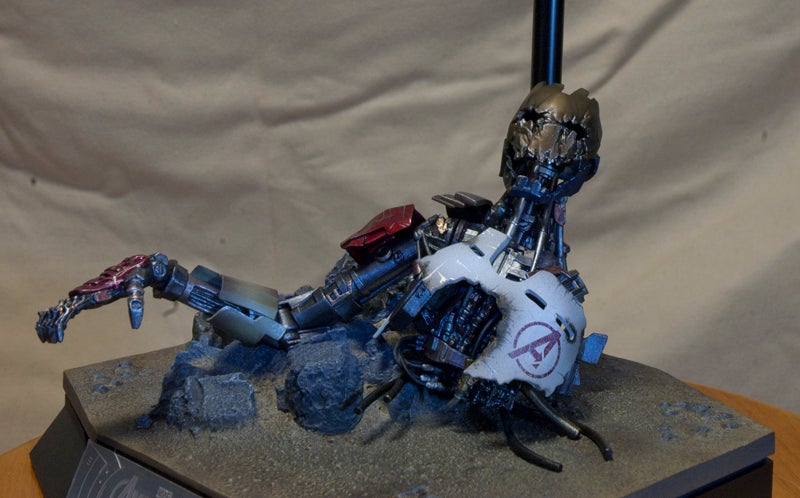 Currently, the other major Avengers aside from the Hulk have not yet been released, so my team is incomplete. That said, considering the hefty price tag for a single figure (and the £550+ ($835) price tag for Veronica alone) I’m unsure as to whether I’ll be able to assemble the full team. Even so, I’m quite happy with the ones I’ve collected so far. 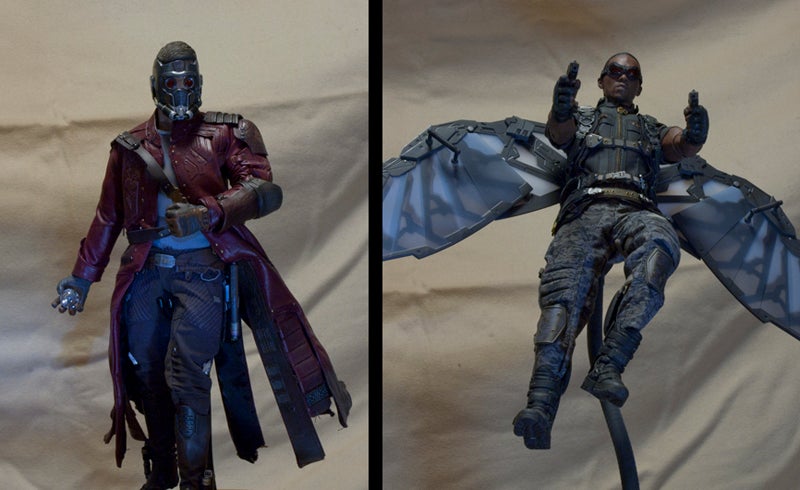 Hot Toys figures are sold in through Sideshow Collectibles, which ships to the UK.