Prison School is Ridiculous and Fun

Five boys enroll in a former all-girls school only to be incarcerated in the school’s prison? Just go with it.

Prison School is a raunchy, cheesecake-filled slapstick comedy about a school with its own prison and a group of boys who find themselves behind its bars. The series has a lot going for it, but enjoying it requires you to be be willing to go along for the ride.

The story follows the protagonist, Kiyoshi Fujino, a young boy who enrolled in the former all-girls school, Hachimitsu Academy. With over 1,000 female students and only 5 males, initially the school looks to be a paradise. But darker forces, unhappy with the admission of boys into what was once a safe haven for girls, are afoot, waiting for a chance to drive the boys out and restore the school to its former glory. Things come to a head when the boys are caught attempting to peek into the girls’ bath and Kiyoshi, along with the other boys, find themselves held prisoner by the “Underground Student Council” in the school’s prison. 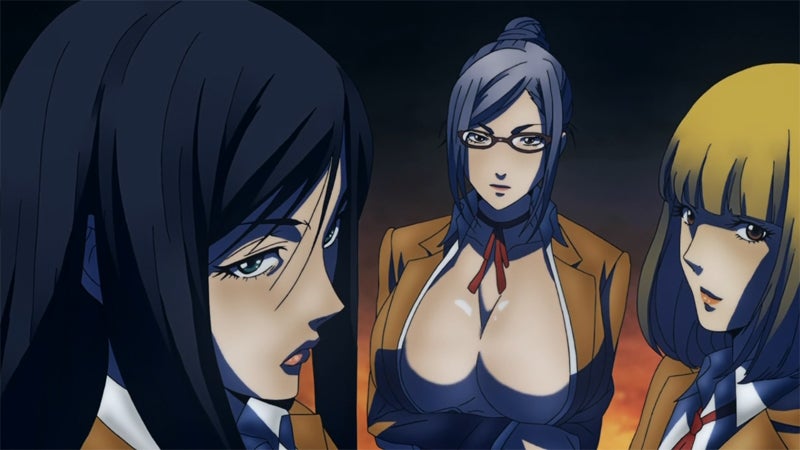 Right from its premise, Prison School asks that the viewer let things slide. The fact that the school has a literal prison in it, the fact that the boys are blackmailed into submitting to incarceration on threat of exposing their perverted crime, the fact that the underground student council president can control crows for some reason... Yeah, just go with it. Prison School does not have the most outlandish setting ever seen in anime, but some people may find themselves hung up on some of the stretches in imagination that went into the story—kind of like how most people don’t mind that Superman can fly and shoot heat rays from his eyes, but have trouble with the fact that glasses and a suit serve as an adequate disguise.

Unfortunately, unless you can get past the initial outlandishness of series, you probably won’t enjoy what the series has to offer down the line. Admittedly, I had problems at first, but after I got over myself, threw logic out the window and got on the wacky train, I found myself enjoying the anime a lot more. 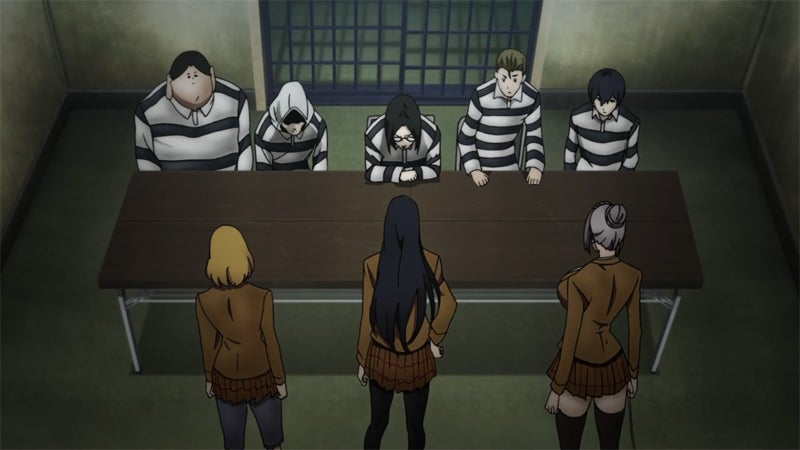 Prison School is basically an unending sequence of raunchy and pervy jokes. Aside from the physical humour of the male characters constantly getting the ever loving shit kicked out of them, pretty much every joke involves some element of sex humour. If you are sensitive or find such humour sophomoric or vulgar, then this is very much not the anime for you. Throughout the series there are scenes involving the busty vice president randomly working out simply to have close-up shots of her crotch or another member of the underground student council getting unintentionally peed on. The series is entirely self-aware and makes no apologies for its crudeness. 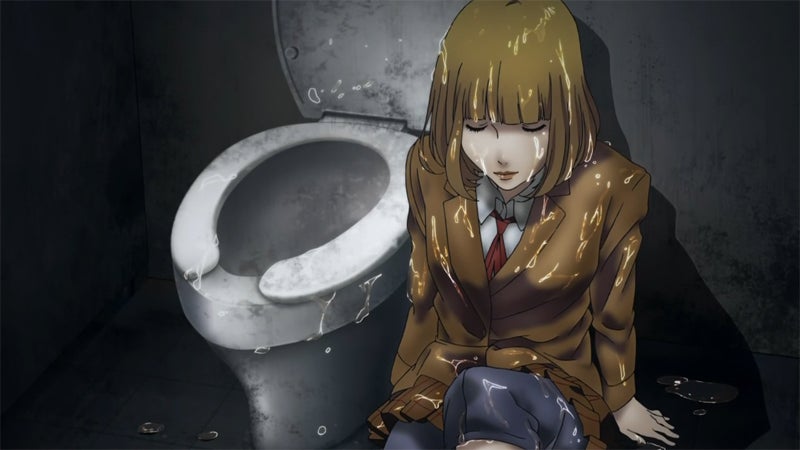 Underneath the veneer of boob and butt jokes (as well as pee, shit, and hemorrhoid jokes) Prison School is also a story about friendship and male bonding. The first half of the series involves Kiyoshi’s attempt to keep a promise made with a classmate to see a sumo wrestling match. Escape from the prison means an extended sentence for everyone, so he must find a way to get outside for an extended period of time without letting his captors know. Help comes in the form of his fellow inmate, Gakuto, and the two hatch a rather insane plan for Kiyoshi to fly the coop and return without being discovered. 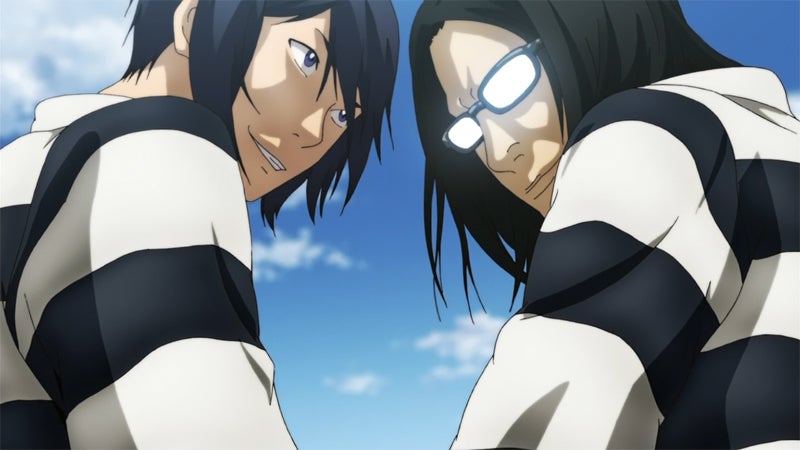 From there, the story quickly becomes a battle of wits between the inmates and the underground student council, with genuine moments of tenseness throughout. Despite its crassness and often sexist jokes, the anime manages to captivate and draw the viewer in with scenes of ridiculous premises yet very real stakes. There were moments when I felt my butt clench harder than when watching an action or suspense horror movie. 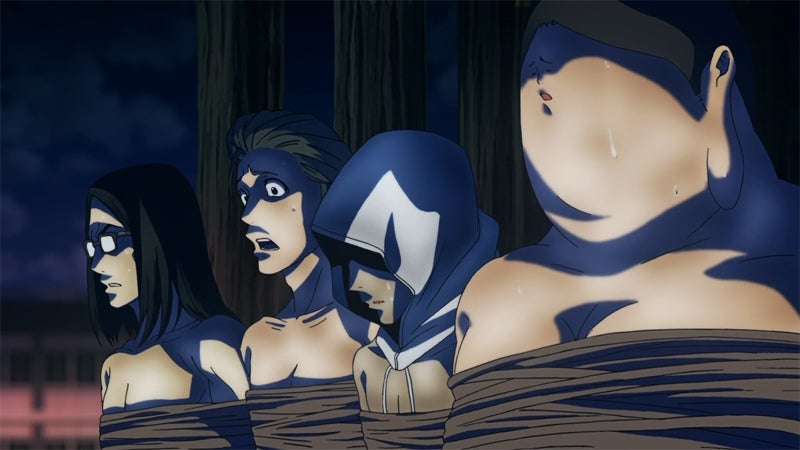 From its far-fetched premise to its racy humour, Prison School is an anime that offers a silly yet entertaining ride if you are willing to get on board and go “Toot! Toot!” with it. It has its problems—not the least of which is its objectification of some of its female characters—but if you can watch it with those in mind, you can have a lot of fun.