By Julian Benson on at

When fishermen dredge the sea with their nets they often pull up fish they didn't intend to. They call these unintended catches the 'bycatch'. Subalekha Udayasankar, Bycatch's developer, uses that term to describe the unintended victims caught up in drone strikes.

Bycatch tries to convey that expected damage and inaccuracy of drone strikes and why the military accepts it.

Each player takes on the role of a different country and is dealt a hand of colourfully drawn citizens. Your aim is to get more points than all the other players around you.

Bycatch plays a little like Go Fish and a little like Rummy. Each of the citizens is numbered, from 1 - 9. If you can collect a run of four sequential characters in your hand you can shelter them, scoring you points towards the end game. On your turn you can ask another player if they've a particular card number and capture it from them if they do. However, you can only perform one action in a turn and, as well as sheltering and capturing, you can use a surveillance drone against another player's hand or call in a strike.

Bycatch asks that you have at least one camera phone to play. That's because if you want to use a surveillance drone you have to take a photo of the target player's hand like this: 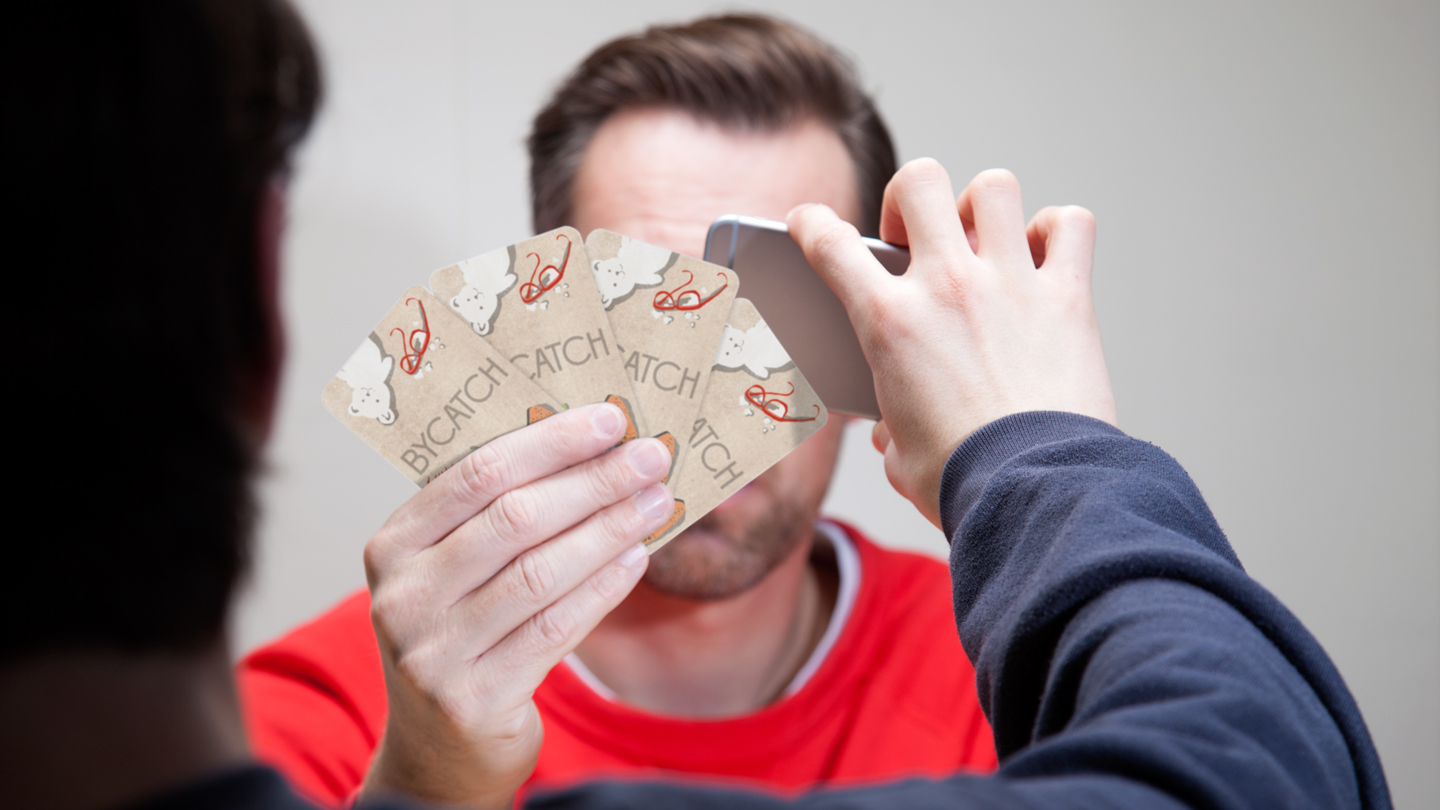 You might get a photo that reveals the player's entire hand or, if your aim is slightly off, you might get a blurry snapshot of your own face. And, even if you do get a good shot, that was your action for a turn, so, by the time you can call in a capture or a strike, your intel is already out of date.

There's another way to score points in Bycatch besides sheltering citizens: killing targets.

There are a set of intelligence cards that name a certain type of citizen as a target. Sheltering a target nets you double the points but, if you can call in a strike on a target, you're rewarded with 100 points. A strike has collateral damage, though, The cards adjacent to your target will be killed and any non-target victims are worth -10 points.

The sheer point reward means most games will have players calling in strikes regularly. After all, a single successful strike outweighs three complete misses.

Bycatch is a bold idea for a game and I want to see how well it plays, both as a game but also how its theme affects the way players play. Would you avoid using drone strikes because of what they represent?