Sony today unveiled a new version of their PS4 virtual reality headset, code-named Project Morpheus, and though it's still not final (or ready to be sold), they're already touting how much better it is than the one they showed off last year.

Morpheus will ship in the first half of 2016, Sony said this afternoon at a GDC presentation in San Francisco. No word on price yet.

This new unit's got an OLED display with 1920x1080 resolution, Sony says. It'll offer framerate options of 60fps and 120fps. The screen is 5.7 inches, with 360-degree tracking and what Sony says is super low latency—less than half of what the first version had.

You can wear glasses with this new version of Morpheus, which is designed as a single band that goes around your head. You can slide the headset away without taking it off entirely, in case you need to see someone or take a drink or something.

At their GDC presentation today, Sony showed off a few new demos for the VR headset, like London Heist, which looks something like a first-person shooter: 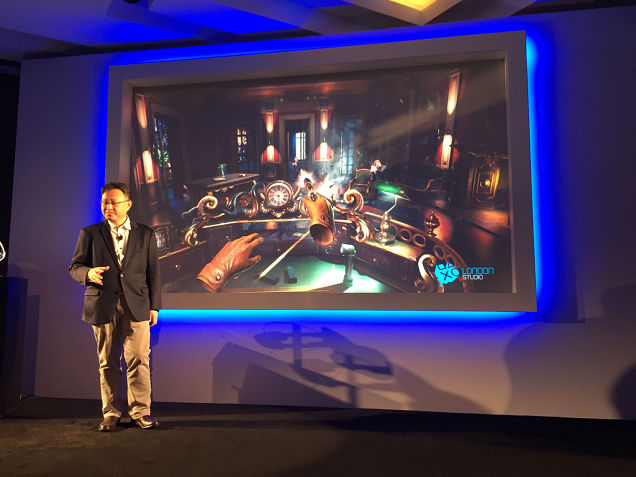 And then there's Bedroom Robots, a demo about... bedroom robots.

Magic Controller lets you see your controller as you play around with VR:

Sony says they'll have more details on Morpheus this coming E3 "and beyond."