Deep Down is Still M.I.A.

Recently, Capcom made an announcement about an ambitious online game with the initials DD. But the new Dragon's Dogma wasn't exactly the game that people were expecting Capcom to highlight. So what's going on with that other game?

Deep Down was announced back in 2013 and caught everyone's attention with its enigmatic visuals and Dark Souls-esque gameplay and atmosphere. The game is set to be an online free to play game with something of an Assasin's Creed takes-place-in-the-future-where-they-have-technology-that-lets-people-adventure-in-fantasy-worlds sort of vibe to it.

However, after garnering attention at the 2013 Tokyo Game Show, news about the game have slowly died down to the point where updates on the official twitter have basically been screenshots and announcements that development is still going on. 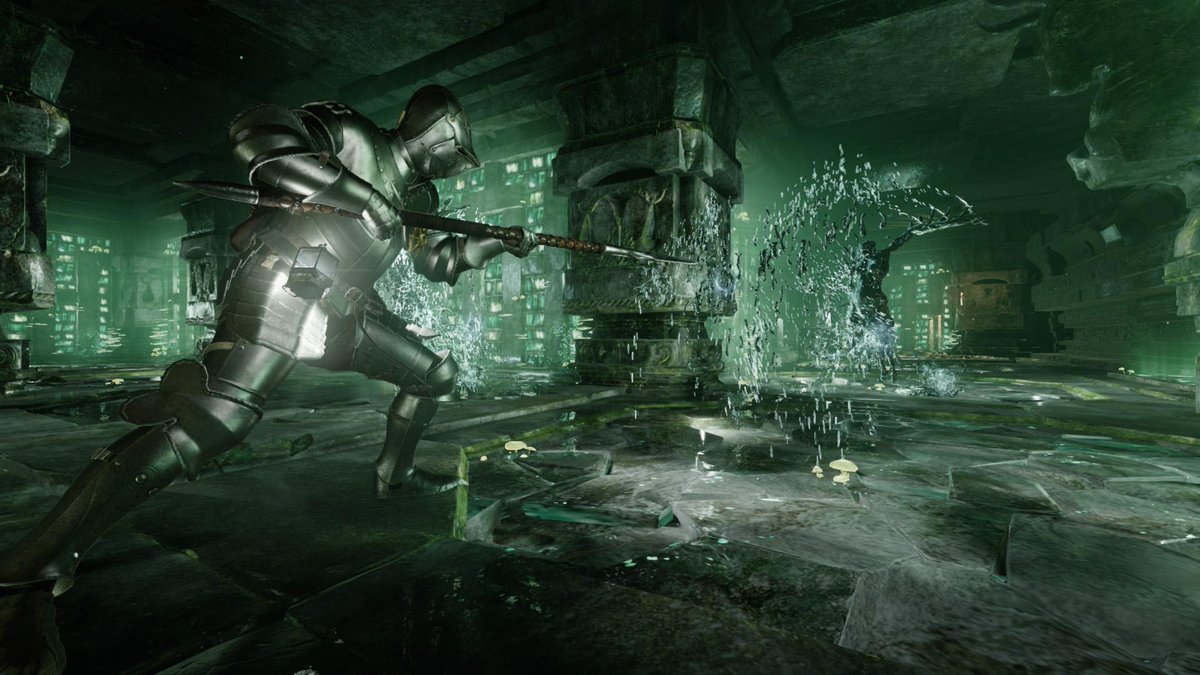 Translation: We're working so that deep down will live up to people's expectations in 2015!
It's the last post of the year, so here are a couple of screenshots.

Asked in Weekly Famitsu about the upcoming games of Capcom Online Games, director Ono Yoshinori answered, "We are currently working diligently on Deep Down, so please give us a little more time," adding, "we may be able to show you some big developments this year." Producer Kazunori Sugiura also chimed in, noting that "[deep down] is a title that has to be able to compete for the next 15 years or so, so from a graphics standpoint we can't release it as it is now, saying that it's the best there is."

The devs did note that up until now they've only been able to show battles in closed dungeons, but that they were working to give the game more openness and freedom for the player. Sounds good, but for gamers who have waited nearly six years for The Last Guardian and nearly 10 years for Final Fantasy Versus XIII/XV, words are cheap without something substantial to back it up.

Either way, hopefully they'll have something to show us, and soon. Before people's emotions start turning from anticipation to resignation. Once a title gets the impression of being vapourware, it takes a lot to turn people's opinions back around.