Imagine a video game as a human child. It's conceived in a darkened room by sweaty people, often with alcohol involved. The development process is the gestation period, during which a great many more people get involved, offering helpful suggestions like what to name it, which sex it should be, and how many limbs it should have.

The game development process at work.

Then one day the developers give birth, presenting their baby for all the world to see. The first couple of pictures get a couple hundred likes on Facebook, but soon the likes slow to a trickle. So they give the baby a onesie with a witty saying and post a picture of that. Suddenly everyone is interested in the baby again. Folks who might not have enjoyed the original baby but like the revised witty onesie version drop a few likes.

That witty onesie is DLC. 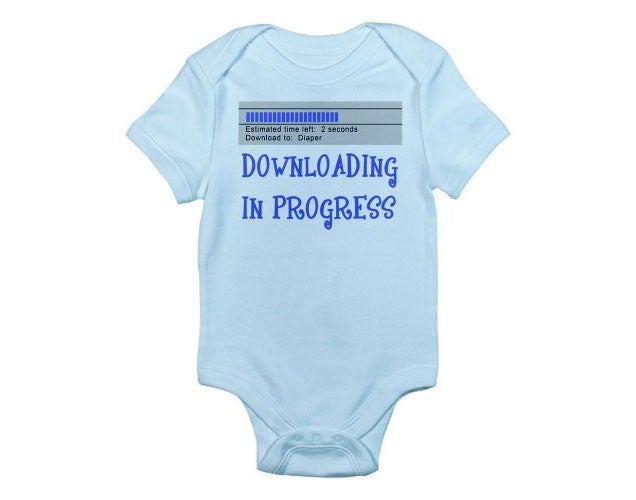 Once the DLC cycle has started, developers can keep it going for months or even years. Here's another piece of witty clothing. Here's the baby dancing to Taylor Swift's "Shake it Off." Here's multiplayer combat with another baby.

The idea is to keep one baby as interesting as possible to keep fans playing and paying and talking about it up until a new and improved baby comes along.

There is no appropriate caption.

Costume Packs: Remember back in the day when half of the joy of getting a new fighting game was beating it multiple times with different characters in order to unlock special costumes and hidden fighters? That joy is dead now. As of this writing Capcom has released at least a hundred dollars worth of costumes for the various incarnations of Street Fighter IV, many of which were then included in the less-expensive bundled re-releases after player money had already been spent. This is a practice known as "utter bullshit."

Additional Levels: New places to explore, new challenges to overcome, DLC that adds more playability to an existing game is always welcome. Many suspect addition content of this ilk is purposefully excluded from games' initial releases for the sole purpose of milking additional money from consumers, but that doesn't jibe with my irrational perception of big publishers as massive benevolent entities with nothing but the customer's best interest in mind.

Note that additional level-style DLC is the best way to say "We're sorry our game was released horribly broken."

Multiplayer Map Packs: Multiplayer map packs pay homage to the early days of online first-person shooters on the PC, when the players would create and freely distribute inventive new multiplayer maps, extending everyone's enjoyment and ensuring continued interest in the retail product. Only instead of that, new maps are released four at a time for £5 to £10 and often rehash maps from older entries in the series. Otherwise pretty much the same thing.

Cheat Items: And then one game makers discovered they could make money by selling items that were already available in their games. Health potions! In-game currency! Maps to things players would normally just hunt for as if that were part of the game or something. There's nothing quite as exhilarating as paying £45 for a game and then an additional £10 for the game to complete itself for you. Eventually we'll be able to purchase all the completed achievements/trophies for a game without ever actually playing the game.

Horse Armour: Technically a costume, but we can never pass up an opportunity to poke fun at Bethesda for one of the most famous flubs in DLC history.

Free DLC — The best thing ever. Instantly transforms a game publisher into a good guy, or at least a very apologetic guy.

On-Disc DLC — This is additional content that exists within the original release of a game but requires an additional purchase to unlock. As the content is already in the player's possession, it's not technically DLC at all, giving rise to alternative labels for such content, including "What the fuck", "This is complete bullshit" and "Eat a dick, Capcom."

Pre-order DLC — A special piece of content offered as a timed exclusive to entice players to pre-purchase games before they are officially released, in order to give public relations an additional level of pre-release hype to blast out emails about. "The most pre-ordered game of 2014! Someone cares about that!"

Console Exclusive DLC — Additional game content that, as a result of large amounts of "They'll Get Over It" money changing hands, is created specifically to make a large segment of players feel bad about their console choice. Also know as "Fanboy Ammo."

Season Pass — Since most big-budget games these days have multiple layers of downloadable content mapped out for the weeks, months and even years following release, the Season Pass gives mildly-savvy players a chance to purchase content they've often not seen yet all at once at a discounted bulk rate.

Game of the Year Edition — A special edition of a game released after its DLC cycle has concluded, bundling all of the DLC released together in a package that's inevitably cheaper than the game alone was when it first came out. Effectively a reward for players who were able to resist buying the game in the first place. Alternatively known as "Glad I Waited" and Motherfucker."

Hopefully you now have a much clearer understanding of how the relentless DLC machine works. Feel free to add your own DLC terms in to comment section below, along with suggestions on which gaming terms should get the Defined treatment next!