The Best Pokémon for Each Situation

With over six hundred pocket monsters to choose from, not all Pokémon are made equal. Some Pokémon are better than others. And if you're looking for the very best Pokémon you can own, your choices are limited.

If you want the strongest overall Pokémon...you have three choices. Two of them are Mewtwo's mega evolutions, Mega Mewtwo X (pictured on the top left) and Mega Mewtwo Y (pictured in the top right). According to Pokémon website Serebii, when you add up the numbers that make up their HP, attack, defense, special attack, special defense, and speed, both Mega Mewtwo X and Mega Mewtwo Y have the highest "base stats" of all Pokémon, coming in at 780 points. For comparison's sake, Charizard's base stats are 534, according to Bulbapedia.

But nevermind the stats. Mewtwo is probably the legendary with the most history, both in the games and the anime. It's clear that Pokémon's creators, Game Freak, really love Mewtwo. And what Pokémon can say they have as good of a creation story as Mewtwo's? Created in a lab, Mewtwo is a tragic but fascinating figure, as TheJWittz argues here:

Which mega Mewtwo you pick depends on what you'd like to do. Both Pokémon are strong enough to tear through anything the games throw at you, that's for sure. Mewtwo X is a psychic/fight type with a boosted attack stat, and it has the steadfast ability—which means that its speed raises by one level every time it flinches. Mega Mewtwo Y is a psychic type with a boosted special attack stat, and it comes with the "Insomnia" ability—meaning, it can't be put to sleep. Mewtwo itself is only available in Pokémon X & Y once you beat the Elite Four. To find it, you need to enter a cave near the Pokémon village Inside is a level 70 Mewtwo. Once you capture that, the location of the mega stones varies depending on whether or not you're playing X & Y or Omega Ruby and Alpha Sapphire—you can check specifics here.

The third Pokémon that is tied for the highest base stats is Mega Rayquaza, which is only available in Pokémon Omega Ruby and Alpha Sapphire, once you beat the main game. We detail how to find the Pokémon here, and why it's so strong—if not arguably broken—here.

If you're not interested in getting a legendary Pokémon for your team, the next strongest Pokémon is Mega Tyranitar, a rock/dark Pokémon with base stats of 700. You can find Pupitar, the Pokémon that eventually evolves into Tyranitar here, and you can find out how to grab Tyranitar's mega stone here.

Things get a little more subjective if we look the best-designed Pokémon. My vote, as you might already know, is with Gengar: not only is it from the original 151, it's a ghost-type with a devilish attitude. Gengar is a great choice for competitive battles thanks to its versatility, and the fact it has a mega evolution only sweetens the deal.

If you want the best (starting) Pokémon, as chosen by hard data, then this study Scientific American might be of interest: according to their research, Squirtle is the best starter in Red and Blue. That's because, in the long-term, Squirtle has the most advantages and the least disadvantages against gym leaders—even though, yes, Bulbasaur has the upper hand early in the game. Here's a graph that proves it, if you're curious: 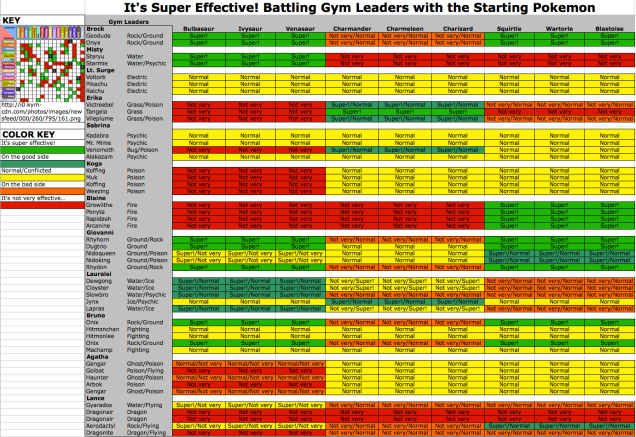 Omega Ruby and Alpha Sapphire gift you a starter from Red and Blue if you return home and talk to the professor in your home town.

If we choose the best Pokémon when it comes to competitive battles—which have their own rules and mega game—the "best Pokémon" changes depending on what tier you're battling in. Here's an infographic that shows the top picks, in their respective tiers. Tiers are separated in accordance to usage rate, as well as power:

Pokémon's creators have a different view on what the "best Pokémon" is. When I interviewed them last year, Junichi Masuda, producer of Omega Ruby and Alpha Sapphire, said he was a fan of Bulbasaur:

Masuda went on to explain that as Bulbasaur evolves, its Japanese name changes to create a "funny sounding name" that he appreciates. It's not just the design or name that makes Bulbasaur so perfect for Masuda, though. He has fond memories of helping shape Bulbasaur into the Pokémon we know and love.

"I actually created all of the sounds and music in [Red and Blue], and I remember taking one sound and changing the waveforms [for Bulbasaur's evolution]—taking this cute sound and making it sound cooler. So, it's just kind of a memorable Pokémon for me," Masuda reflected. "Of [the starters], its cry sounds the most like a monster to me," Masuda added.

Masuda is also a big fan of Torchic—which is why the opening movie to X & Y includes Torchic, and presumably why Torchic was the first Pokémon out of all the Hoenn starters to get a mega evolution. So, the developer's favourite Pokemon isn't just trivia: it probably affects development choices, too!

But, let's be real: you probably have an opinion on what the "best Pokémon" is, and no amount of data, science, or stats can convince you otherwise. The beauty of Pokémon is that you don't have to play with whatever is best, but rather, whatever you'd like.