Earlier today unsettlingly violent shooter Hatred appeared on Steam Greenlight. Not long after, Valve yanked it from its massive PC gaming service. And while Valve was—much like Aus Target and GTA V—within its rights, I think it could've handled the situation better. Meanwhile Hatred continues to manufacture controversy, and that's not OK.

"Based on what we've seen on Greenlight we would not publish Hatred on Steam. As such we'll be taking it down."

Presumably, it has something to do with Hatred's violent murder sprees, but there's no way to know for sure. Hatred is, unlike other similar games, a shooter about someone brutally slaughtering terrified, often defenceless people for no other reason than vile rage. That's an understandable reason for Valve to object to it, but they didn't elaborate. Meanwhile games like Postal—which centre around similar, albeit more cartoonishly portrayed subject matter—are still on Steam proper. Confusing? You bet.

As a result, there's been a fair amount of furour surrounding Valve's decision. Some are crying foul of censorship and inconsistent standards, the former of which is a distorted viewpoint, the latter of which is pretty on the money. Going back to the Target/GTA controversy, both that and today's Hatred removal are examples of storefronts exercising their right to curate products and sell whatever they want. That's not widespread censorship; that's a decision made on the part of autonomous companies based on their beliefs. If you want those games, you will still be able to get them elsewhere.

But if, say, Valve is against games that take some degree of joy in literal, no-pretences-attached hate crimes, they'd benefit from having a more explicit policy about it. Right now, this is Valve's entire set of guidelines as to what is not allowed on Greenlight:

"Your game must not contain offensive material or violate copyright or intellectual property rights."

That's it. What constitutes being "offensive"? No clue. Valve won't say. Every once in a while they emerge from their cave like an angry old bear and speak with their actions, but this "rawrgrowl boomsmash" approach doesn't give a clear indication of where Valve draws the line. If they want to take a stand against needlessly harmful games or, at the very least, make a statement about their stance on these matters so developers/gamers can act accordingly, they need to be more specific. It's not that hard, either. Just a few paragraphs would get the job done. 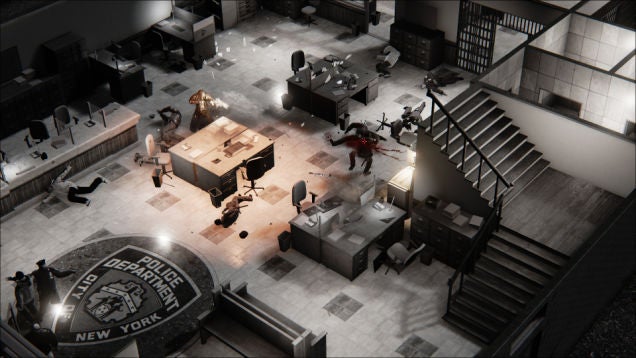 Meanwhile, Hatred's creators are continuing to do what they've done since day one: revel in how "controversial" their game is, how far pushing people's buttons has taken them. This despite the fact that Hatred is an angsty pastiche of a truly horrific event, shock entertainment waving its arms and bellowing, "NOTICE ME NOTICE ME AAAAAAA ONLY AFI UNDERSTANDS ME." It would've been edgy in the '90s. Now it's just kind of embarrassing.

But ever since the beginning, when Hatred's creators wheeled out their first trailer with a note that read, "Bring [the trailer] everywhere and let the haters hate! (And they will, oh they will...)," their intentions have been clear. Rile everyone up and watch the social media posts and articles pour in about a game that, otherwise, really wouldn't be noteworthy at all. So it continued today, with a self-congratulatory press release sent out after Hatred's removal from Steam.

"[Greenlight] is the best proof for us that there are diehard Hatred fans out there, waiting for this game to be released," they wrote of Hatred's standing on the service prior to its removal. "The whole situation only pushes us forward to go against any adversity and not to give up. At the end of the day you, gamers will judge if we were able to do a game that's simply fun to play."

If only that were actually the case. Instead Hatred's creators have very deliberately created a context in which their game will be judged, a climate of faux-controversy, anti-"political-correctness," and rebelling against some nebulous incarnation of The Man. Hatred will be judged in just about every other conceivable category before people scrutinize whether it's "simply fun to play," and its creators know it. They're banking on it.

I'll be straight with you: I was really conflicted over even writing this article. Is calling attention to Hatred's bullshit worth giving them more exposure, stoking the flames of a silly, manufactured non-troversy? I went back and forth on it for a while and decided that, yes, ultimately it is when a) my article is a drop in the bucket at this point, and b) there were also issues involving Steam that needed more attention.

Still, this whole situation is a mess, and it's a shame to see such a transparently cynical project taking up so much of people's time and attention. Yes, there are lessons to be learned here—about how to handle controversy baiting projects, about how storefronts like Steam should make their policies more explicit for the benefit of all involved. This time, let's finally learn them and move on.